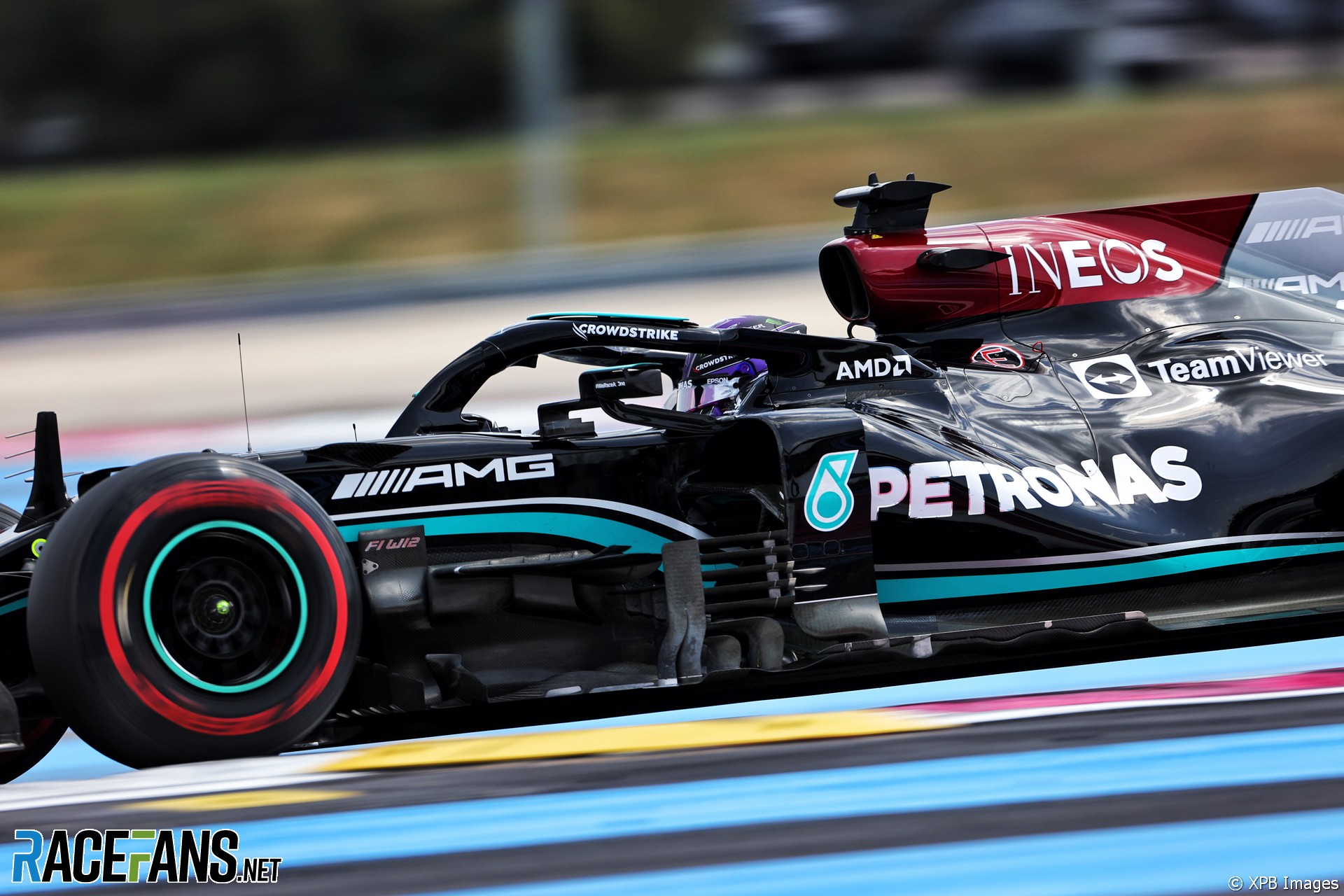 Lewis Hamilton said he was pleased to disprove rumours about his change of chassis by taking second on the grid for the French Grand Prix.

Mercedes switched chassis between Hamilton and Valtteri Bottas ahead of this weekend. The team insisted the change was not made for performance reasons, but Hamilton lagged behind Bottas in all three practice sessions.

After taking second on the grid for tomorrow’s race, Hamilton admitted “it’s been a really, really hard weekend – mentally, not physically – but trying to get the car into a happy place.”

“You wouldn’t believe how many changes I’ve made since practice one,” he explained. “Going round and round, chasing my tail, ended up coming back to something similar to where we started. But I’ve been generally unhappy in the car all weekend.”

Speaking to podium interviewer and Sky presenter Paul di Resta, Hamilton said too much had been made of his change of chassis. “I saw you coming up with some myth and I’m happy to be able to prove it wrong,” he said.

“The quality of our engineers’ work, all the cars are exactly the same.”

Hamilton qualified two-tenths of a second behind Max Verstappen. He said he lost time on the straight to Red Bull, as their rivals have fitted new engines this weekend, which in accordance with the regulations have to be of the same specification

“Congratulations to Max, he did a great job today,” said Hamilton. “They’ve been incredibly quick.

“You see they’ve got a new engine this weekend, not a new spec or anything as far as I’m aware but anyway they’re quick down the straight I think it was a lot of time on the straights today. We’ve got a race on our hands and we’re loving the battle so we’ve just got to keep fighting, keep pushing and giving it everything.”

Mercedes were slightly slower than Red Bull over the long runs in practice, Hamilton believes. “In practice it was a real struggle,” he said. “On long-run pace they were a tenth or two quicker than us.

“But my car’s in a much different place now so I’m just going to stay hopeful, do everything I can. Obviously we’re in second, you’ve got a fighting chance down to turn one and there’s going to be some interesting strategy tomorrow, and maybe a bit of rain.”