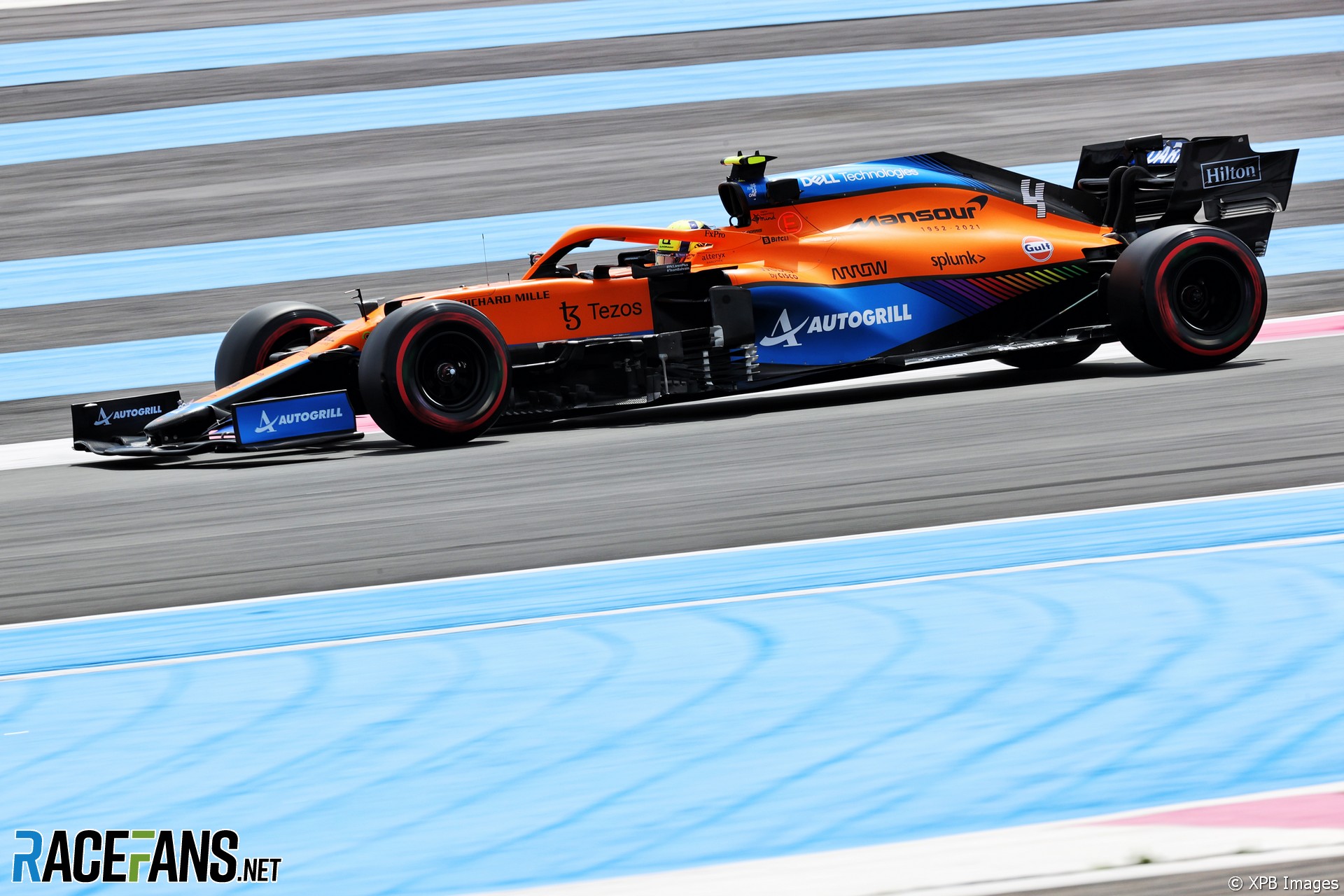 Lando Norris was at risk of being eliminated in Q2 at the French Grand Prix as the team put too little fuel in his car for his final run.

The McLaren driver was sitting in seventh place in the closing minutes of Q2 when he was told to pit before completing his final timed run. Race engineer Will Joseph told Norris he would explain the reason why after the session.

Despite being unable to make a final attempt in Q2, Norris successfully reached the final 10 and secured eighth on the grid for tomorrow’s French Grand Prix.

“We had a problem with the fuel going into the car properly, so I didn’t have enough fuel, which is an issue,” explained Norris. “I didn’t get my second run in, but I did a good enough lap one that [that] didn’t cost us anything, but I was a bit lucky.”

Norris admitted it had been a nervous wait in the garage while he could only watch and hope his rivals would not improve enough to prevent him from progressing through to the final top 10 shoot-out.

“The track is obviously improving all the time,” Norris said. “And I think actually the wind changed a bit in the end of Q2 so it caught me by surprise a little bit coming into Q3, which wasn’t the perfect scenario.

“It just put us a little bit on the back foot. I’m surprised that, I guess, I wasn’t a little bit further back when it all seemed to improve that much.”

After being out-qualified by both Ferraris and Pierre Gasly’s AlphaTauri, Norris says McLaren simply lack performance compared to their rivals this weekend.

“The car wasn’t terrible. We suffered a bit with the difference between the slow and high-speed corners, just finding the right balance all together. So nothing huge, it’s not like the car was awful to drive. I felt like I did a decent lap, not perfect but decent, but we’re just not quick enough.”