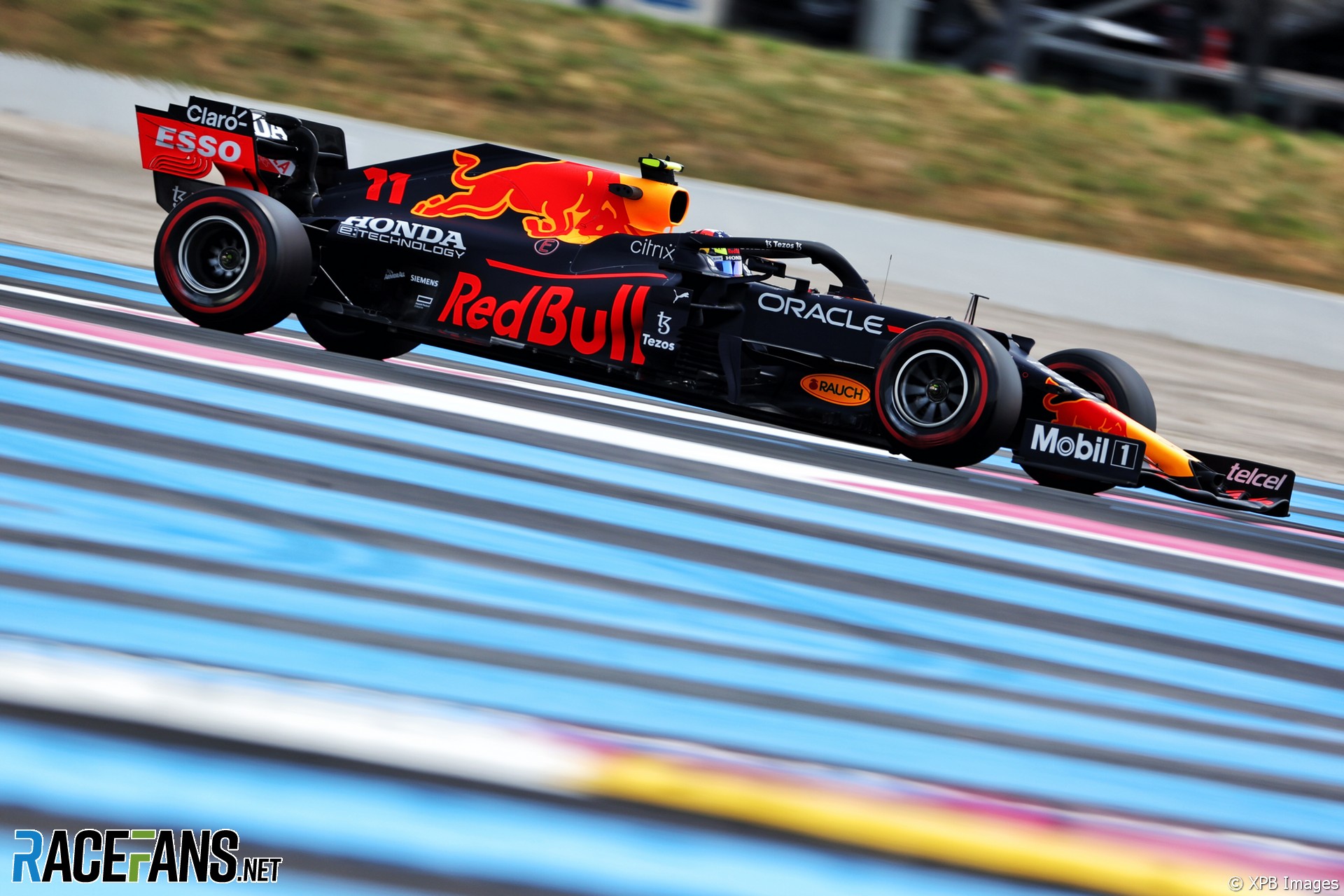 New track limits restrictions will be actively monitored at the exit of turn six for the rest of the French Grand Prix weekend.

FIA Formula 1 race director Michael Masi informed teams prior to final practice that drivers who run off the circuit at the exit of turn six will have their lap time invalidated.

The right-hander is a crucial corner on the Paul Ricard circuit as it leads into the flat out left kink of turn seven that bring drivers onto the Mistral Straight – a key overtaking opportunity.

The new restrictions are detailed in an updated version of the event notes published earlier this morning. Track limits were not enforced on the exit of turn six during Formula 1’s last visit to the Le Castellet circuit during the 2019 season.

The Paul Ricard circuit is bordered entirely by asphalt run-off. Over the 15-turn lap, track limits are now being enforced at turns one and two, three to five, the exit of turn six and turns eight and nine.

No drivers had their lap times deleted for exceeding track limits during the opening day of free practice.

The high kerbs at the exit of turn two, which several teams complained about yesterday, remained in place for this morning’s Formula 3 race.