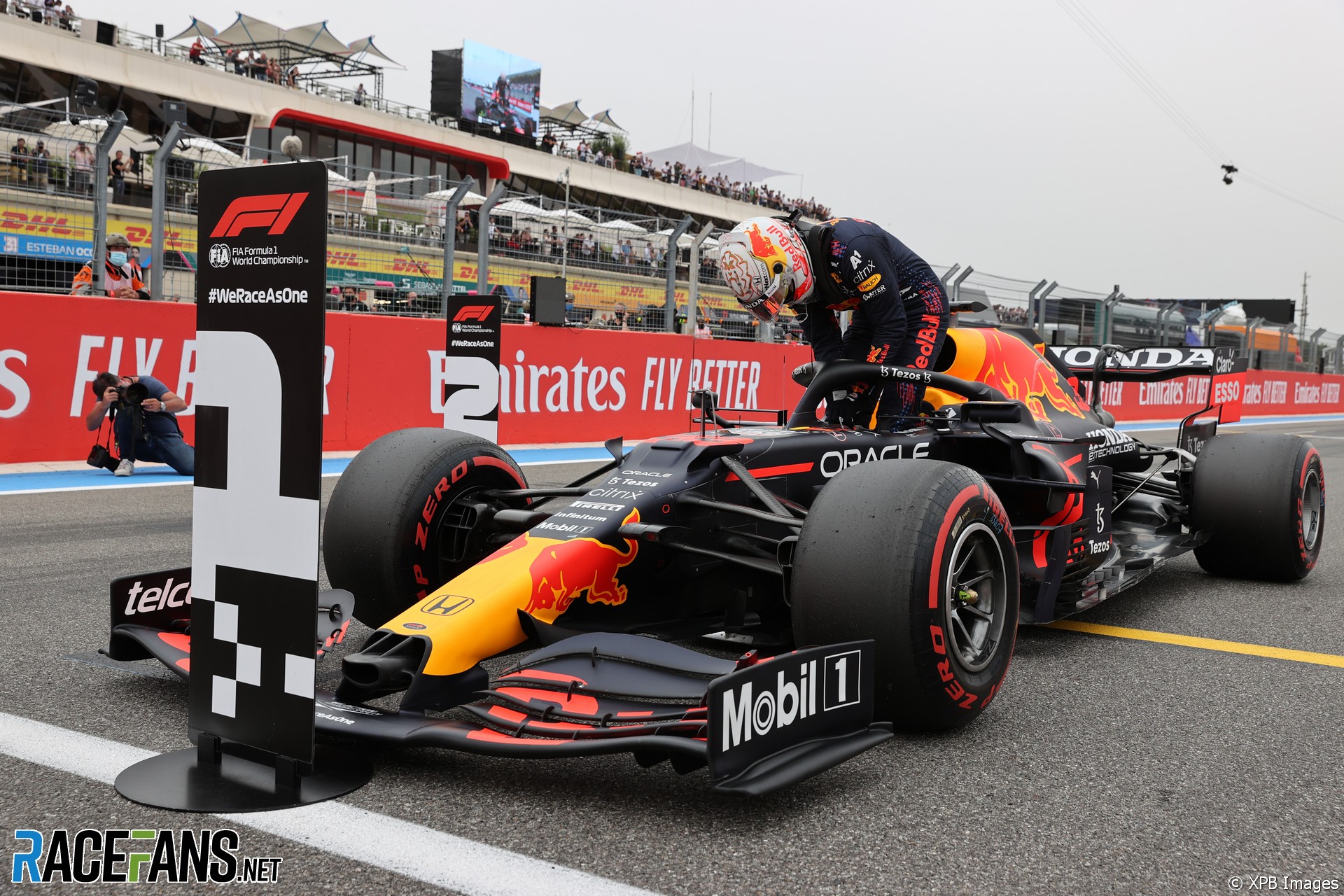 Red Bull CEO Christian Horner says his team can beat Mercedes anywhere if they can beat them in tomorrow’s French Grand Prix.

“It’s fantastic,” he told Sky. “It’s our first ever pole in France. So a great performance by Max today.

“He’s been quick pretty much in most of the sessions throughout the weekend. And I think as a team, they’ve been improving the car with each session.”

Sergio Perez will line up fourth behind the two Mercedes drivers. “To have Checo up there as well, building on his form from Baku, is a great team performance,” Horner added.

Hamilton and Mercedes had taken pole position and victory in both races at the Paul Ricard circuit since its return to the calendar in 2018. Horner said outperforming their rivals at what is traditionally one of their strongest venues gives the team confidence

“It certainly gives us more confidence,” says Horner. “Let’s see how tomorrow goes, but this circuit, it’s been such a stronghold for Mercedes over the recent years. So, if we can beat them here, then really we can beat them anywhere.

Hamilton commented on Red Bull’s superior straight line speed after qualifying. Horner explained how the team had deliberately opted for a lower downforce setup for the weekend.

“We’ve taken a bit of downforce out of the car. You can probably see by the size of the rear wing between us and Mercedes. We’re using less energy in sector two. So we’re going faster down the stretch because we’ve got less resistance there.

“We’re still managing to do a very good time in sector three, so that’s helping us to generate a competitive lap time around here. And hopefully we’ll be good for the race tomorrow.”