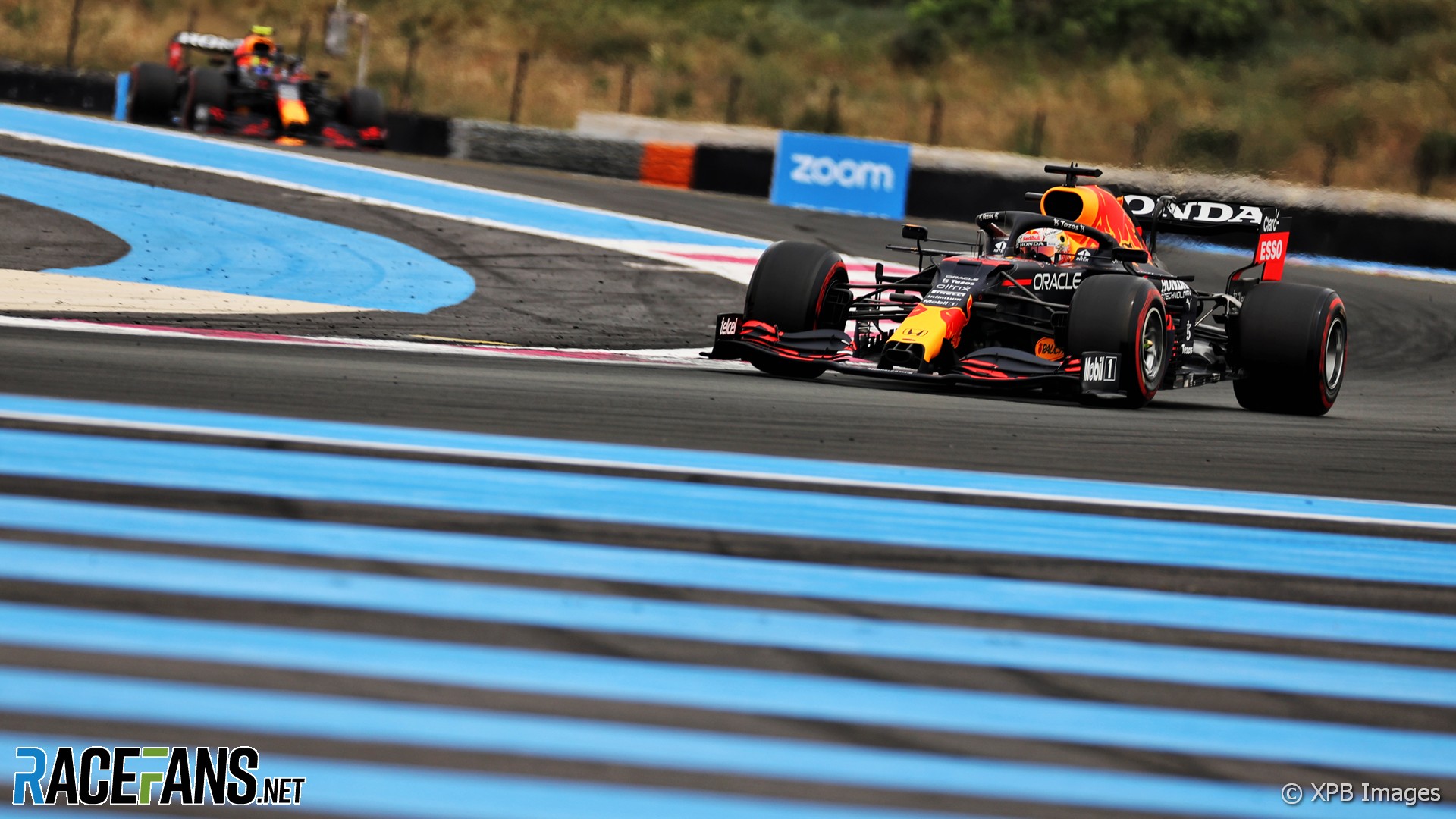 Max Verstappen was comfortably the quickest driver in final practice for the French Grand Prix. The Red Bull driver ended the third session over seven-tenths of a second ahead of Valtteri Bottas.

The championship leader topped a session which lacked drama, with only a handful of drivers appearing to run at the limit in preparation for this afternoon’s qualifying session.

Carlos Sainz Jnr was third fastest ahead of Sergio Perez’s Red Bull, while Lewis Hamilton could only manage the fifth-fastest time, almost a second off the pace.

Overcast skies greeted the teams over the Le Castellet circuit as final practice got underway.

With a number of teams keen to reserve sets of the medium compound tyres for qualifying, it was a quiet start to the session, with no cars on track during the opening ten minutes of the session.

When drivers did eventually take to the track, Nikita Mazepin spun his Haas at the apex of turn two and was left cruising back to the pits on a ruined set of soft tyres – emulating Carlos Sainz Jnr’s spin in first practice.

The newly enforced track limits restrictions on the exit of turn six caught out a number of drivers, including Max Verstappen, Daniel Ricciardo, Antonio Giovinazzi and Yuki Tusnoda all having lap times deleted for running outside the white lines.

The vast majority of teams opted to run on the soft tyres. Bottas sat atop the timing screens followed by Sainz and Perez’s Red Bull.

Verstappen made up for having an earlier time deleted for track limits by lowering the fastest lap of the weekend with a 1’31.300, seven tenths quicker than Bottas.

Mick Schumacher was fortunate not to trip over Sainz’s slow-moving Ferrari into the Mistral chicane as Sainz was returning to the pits on an in-lap.

Heading into the final moments of the session, Sainz was also the only driver in the top ten to attempt a final qualifying simulation run, but failed to improve his time.

That left Verstappen to top the final practice session ahead of Bottas, Sainz and the second Red Bull of Perez fourth fastest . Verstappen’s championship rival Lewis Hamilton finished the session in fifth, ahead of Lando Norris’s McLaren and the two Alpines of Fernando Alonso and Esteban Ocon.

Pierre Gasly and Daniel Ricciardo rounded out the top 10, with the second Ferrari of Charles Leclerc in 11th.