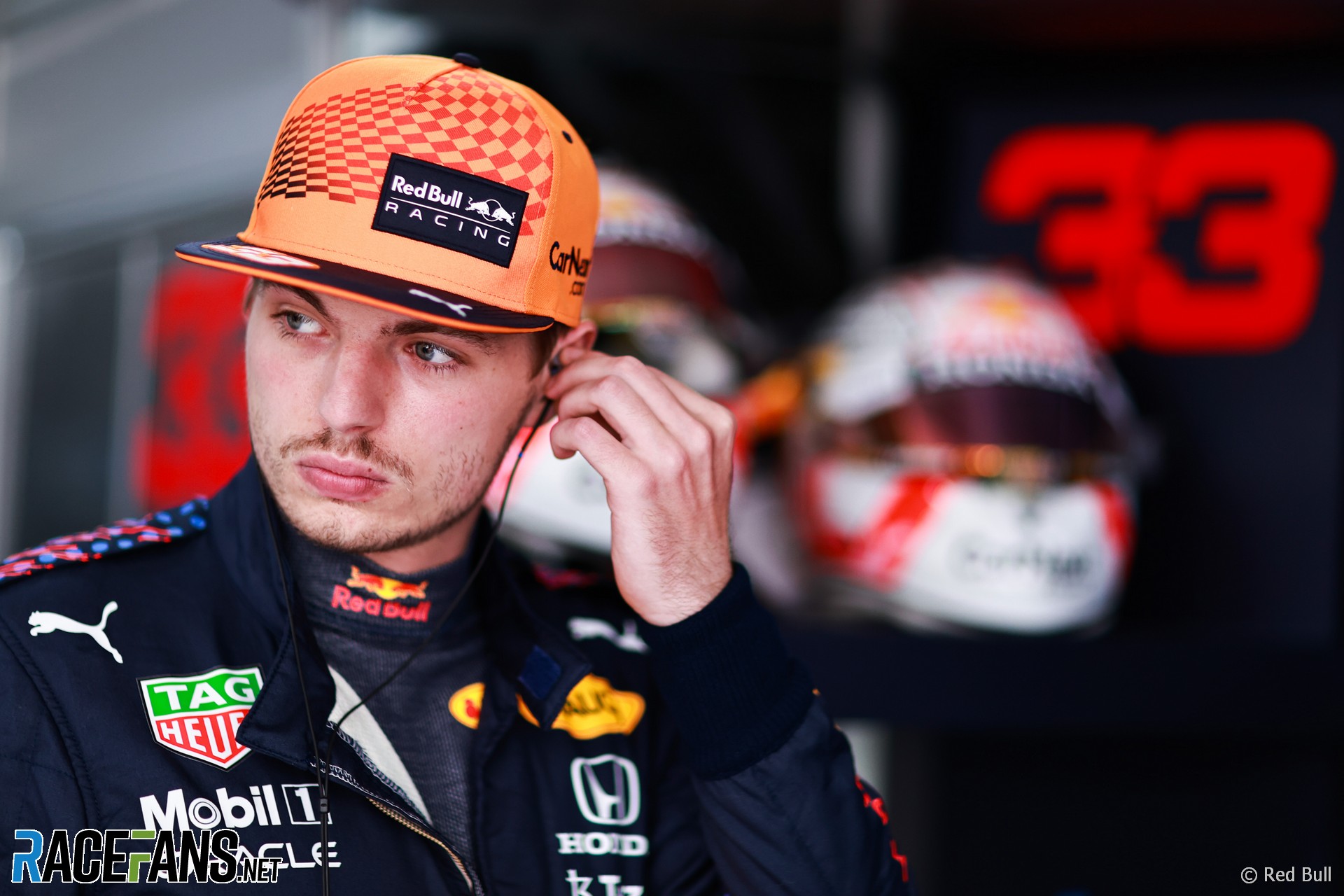 Max Verstappen is still unhappy with Pirelli’s explanation for the tyre failure which cost him victory in the Azerbaijan Grand Prix, following a lengthy meeting between drivers and the manufacturer yesterday.

While Pirelli confirmed Red Bull had obeyed the starting minimum pressures it had indicated for its tyres in Baku, its motorsport director Mario Isola later stated the team’s tyres were running at a lower pressure than was expected during the race.

From this weekend teams must follow new restrictions on tyre pressures and blanket temperatures which are being measured during sessions. Pirelli has also increased its minimum starting tyre pressures.

Although Verstappen said he’s “happy, of course, with how everything is better policed”, he still has concerns over Pirelli’s explanation for his race-ending failure.

“I’m still not happy with the explanation with what happened in Baku because I don’t think it’s fully clear, at least for people outside, fans,” he said. “I know what happened, the team knows what happened, but it’s very confusing what they put out.

“But it’s fine, life goes on, we just keep on going hopefully from now on we can just be safe in the car and nothing happens.”

Verstappen does not believe the changes Pirelli has made for this weekend will disadvantage Red Bull.

“Basically you just run higher tyre pressures so you have less grip but of course that’s for everyone,” he said. “So I don’t think it really hurts one team more than the others.”

Lewis Hamilton said he was pleased by the introduction of an updated technical directive for this weekend specifying new restrictions on tyre usage.

“I don’t have any problems with what was said in the meeting,” said Hamilton. “As I said the other day, I was surprised that things needed clarifying because we thought it was clear, but clearly not.

“So I’m grateful that the FIA have clarified the steps that people need to take and I heard they’re obviously putting things in place to make sure policing is done better. That’s all we can ask for.”

“Nothing changes” for Mercedes as a result of the new restrictions, Hamilton added.

Grand Prix Drivers Association director George Russell said yesterday’s meeting between drivers, Isola and the FIA’s head of single seaters Nikolas Tombazis was the longest he’d ever experienced, but was a “constructive conversation”.

“It’s just good to understand the reasonings,” said Russell. “Obviously they develop the tyre and simulate everything expecting it to do one thing. And if obviously on a few cars, for whatever reason, it reacts in a different way, to something that they don’t measure, then obviously they’re going to have different results.

“So it’s good that we got the explanation and the clarification with these new regulations they have in place. So, right now, I don’t think there is any concerns from a safety perspective.”

The meeting gave drivers “a chance to express their feelings and the Pirelli and FIA had their chance to explain it” said Russell.

“We’re not the experts, we just drive it, they are the experts. So we have to understand why these issues occurred and now we do. And now it shouldn’t happen again because of these new regulations.”

“From a safety perspective everything seems under control,” he added. “We now just need to work together with F1 and Pirelli to improve the performance side which obviously is what we drivers are chasing.”