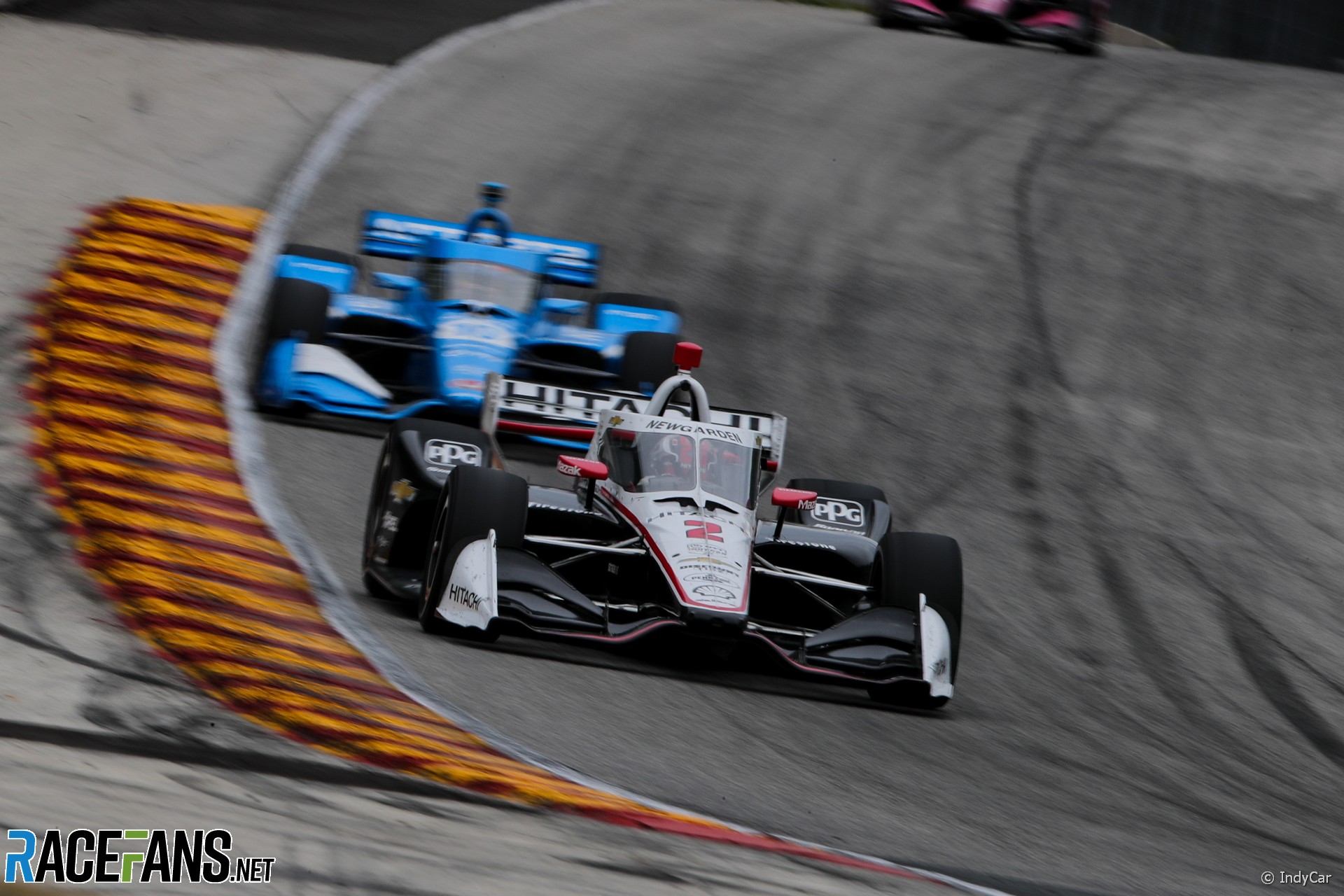 What appeared to be a minor, but manageable gear selection issue for Josef Newgarden early in Sunday’s IndyCar race at Road America turned into a major headache for the two-time series champion, who lost the lead with two laps remaining after his car couldn’t shift up.

Newgarden made his first pit stop from the lead on lap 13, but shortly before entering the pits, he radioed in to his crew: “The gearbox is sticking. Just got stuck in third gear going into turn eight.” His strategist, Tim Cindric, instructed him: “If it gets bad go into emergency mode and do manual blips [to switch gears], only if it gets bad.”

After the first pit stop, the race proceeded with little visible drama for Newgarden, who was running up front ahead of Álex Palou. Then with four laps to go, an incident for Ed Jones brought out a full-course caution, and set up a two-lap sprint to the finish.

Newgarden started well at first, but suddenly lost drive as Palou was able to pass him before the entrance to turn one. “There’s no shifting this thing up. It only goes down,” said Newgarden over the radio.

A dejected Newgarden described what happened after the race: “I couldn’t get it to shift into sixth gear. And then I got it stuck in fifth in turn one and finally got it to go down, but just could not get it to upshift after that. So I got it down to first essentially.”

Newgarden finished 21st, completing his final lap in first gear. He described the agonising final two laps as, “just trying to stay out of the way after that because I couldn’t get it to upshift after that.”

“Obviously it’s disappointing for all of us. I know we had a great car. We had a good car all day and were doing everything we had to do. We were surviving the yellows, surviving the fuel game… I guess it just wasn’t meant to be again. I think we have fast cars, it’s just not working out right now.”

This was the second weekend in a row where Newgarden was leading late on, only to lose the race lead in the final three laps. At the second race of the Detroit Grand Prix, Newgarden led 67 laps – but found himself compromised on tyre strategy, and was overtaken by Patricio O’Ward. In total, Newgarden has led 99 out of the last 125 racing laps without winning either of the last two races.

“We will claw our way back,” added Newgarden, who is still fourth in the IndyCar championship table after nine races. “This is not what I was planning for this day. I would have liked for us to be a little closer. But what are we, 88 (points back)? Just a bigger challenge when we go to next race. We’ll get after it.”