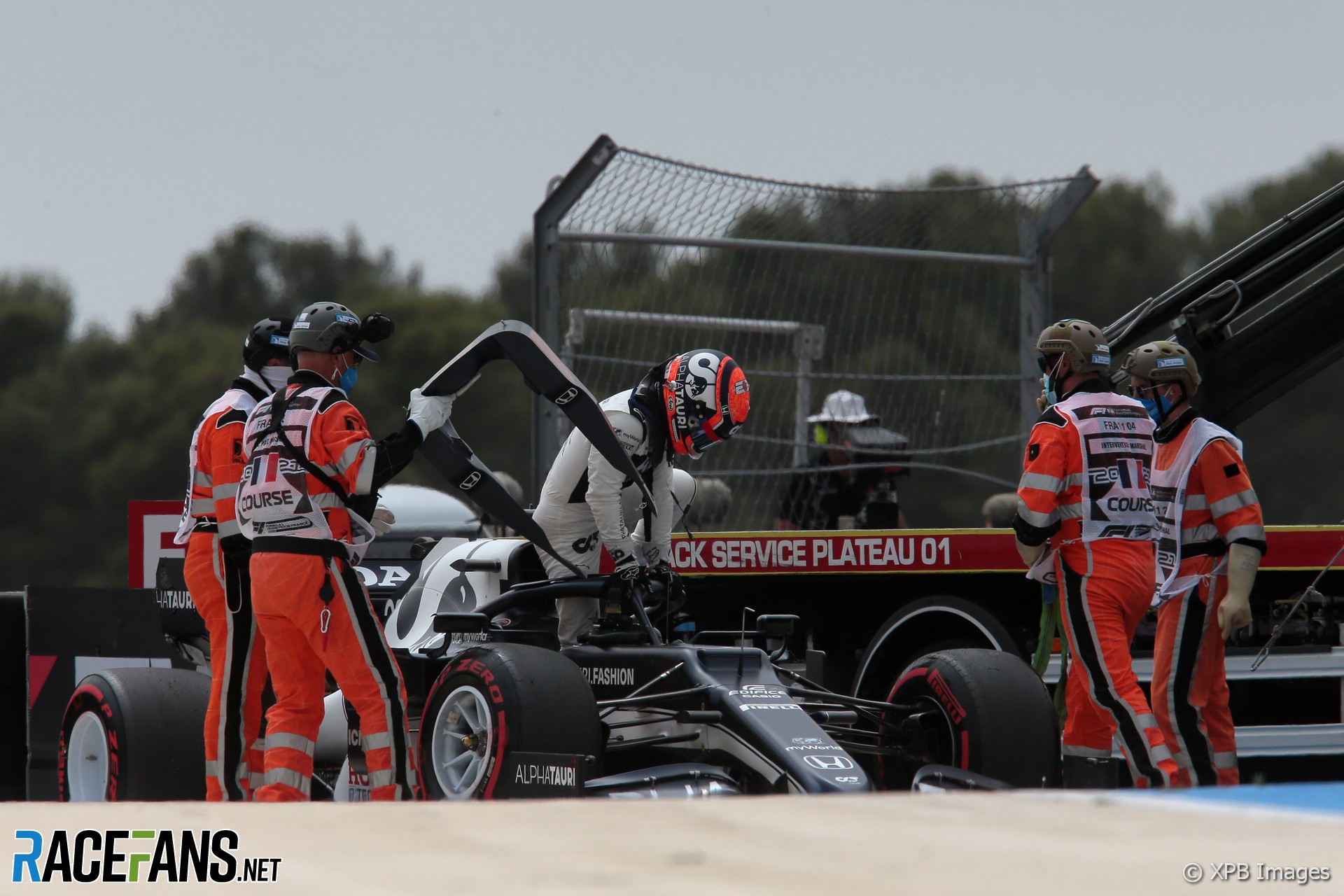 In the round-up: AlphaTauri are sure they can get the best out of Yuki Tsunoda following his third crash in qualifying this year.

AphaTauri’s head of performance Guillaume Dezoteux is convinced they can help Tsunoda avoid further mistake following his setback in France.

“We are looking forward to the race in Austria,” he said. “We are positive because again, we think we can fight for fifth in the championship. So the target is to keep the momentum and hopefully we can bring Yuki in the fight.

“This weekend he has been a bit unlucky. He did a small mistake at the beginning of quali that compromised not only the quali but also the race. But he is extremely fast. So we want to build the weekend step by step with him like we did in Baku and we are convinced he can do well for us and support us in this fight.”

The upcoming two F1 races in Austria will differ only in their tyre allocations, as Pirelli intends to bring softer rubber for the second of the two races. While Formula 1 could specify other differences, such as variations in the DRS zone configuration, race director Michael Masi confirmed that “within the framework of the current sporting regulations” there was no scope for any other variation.

“Obviously you’ll see starting at Silverstone the what we’re going to undertake with the Sprint Qualifying, which will be a great innovation that we’re looking forward to. But no, nothing from a sporting perspective [for Austria].”

“It has been great to see the reaction of our drivers watching to the fans, cheering with them,” said Domenicali. “It has been really great.

“I really hope that already in Austria there will be crowd, the second Austria will be a full crowd. And then hopefully, of course provided that we respect all the safety requirements and the regulations of the country, we’re going to see more crowds in the next races. And this will be the game changer for the incredible season we are living this year.”

Having lost his win in race one at Puebla when he was disqualified, Pascal Wehrlein fell from second to fourth in last weekend’s second Formula E race after being given a five-second time penalty for an unusual infringement with his Fanboost.

Having investigated him for allegedly using too much power, the stewards found Wehrlein had activated his Fanboost at a time when he had too little power to fully use it. He fell foul of a rule intended to prevent drivers trying to demand more than 200kW from a battery in a low state of charge.

“The stewards found that there was no ‘over power’ but an improper use of the Fanboost,” they explained. “The technical data shows that the driver activated the Fanboost but due to the low remaining energy in the car the minimum power of 240kW was not reached. The technical data shows that the maximum energy of 100kJ were not completely used. [Due] to this proof the stewards consider no ‘overpower’ [occured] with the consequence of a penalty above.”

"We’ve heard back from the FIA that the number of turns for Albert Park has been officially ratified from 16 down to 14. Essentially, the old chicane at turns nine and ten has been removed and there’s no changes to other turns in terms of numbering."

Iwasa looking to improve in high-speed corners, but was pleased with ‘very good’ round two (F3)

"My driving has not been as good in high-speed corners, so that is an area that we need to look at. I will be working to improve on that, and it is an area that I think I can be better at for the Red Bull Ring."

"I was always told that I looked like (Juan Pablo Montoya) and then I started to become a fan of his. I have a picture of me looking over the fences at Hungaroring, excited to see him pass in the Williams, while I was wearing a Williams’ cap. When I saw that car in the Williams’ Museum for the first time I was so excited, I had goosebumps everywhere."

A thumbs-up for the changes at Yas Marina revealed here yesterday:

Happy to see this attempted.

What this would mean is that top speeds could be slightly more. Overtaking may improve at the current turn seven-eight.

The new banked corner will also be faster and even more challenging. Also, overtaking moves may complete at the entrance to the hotel section making cars go side by side through the banked turn and the following fast right hander turns.