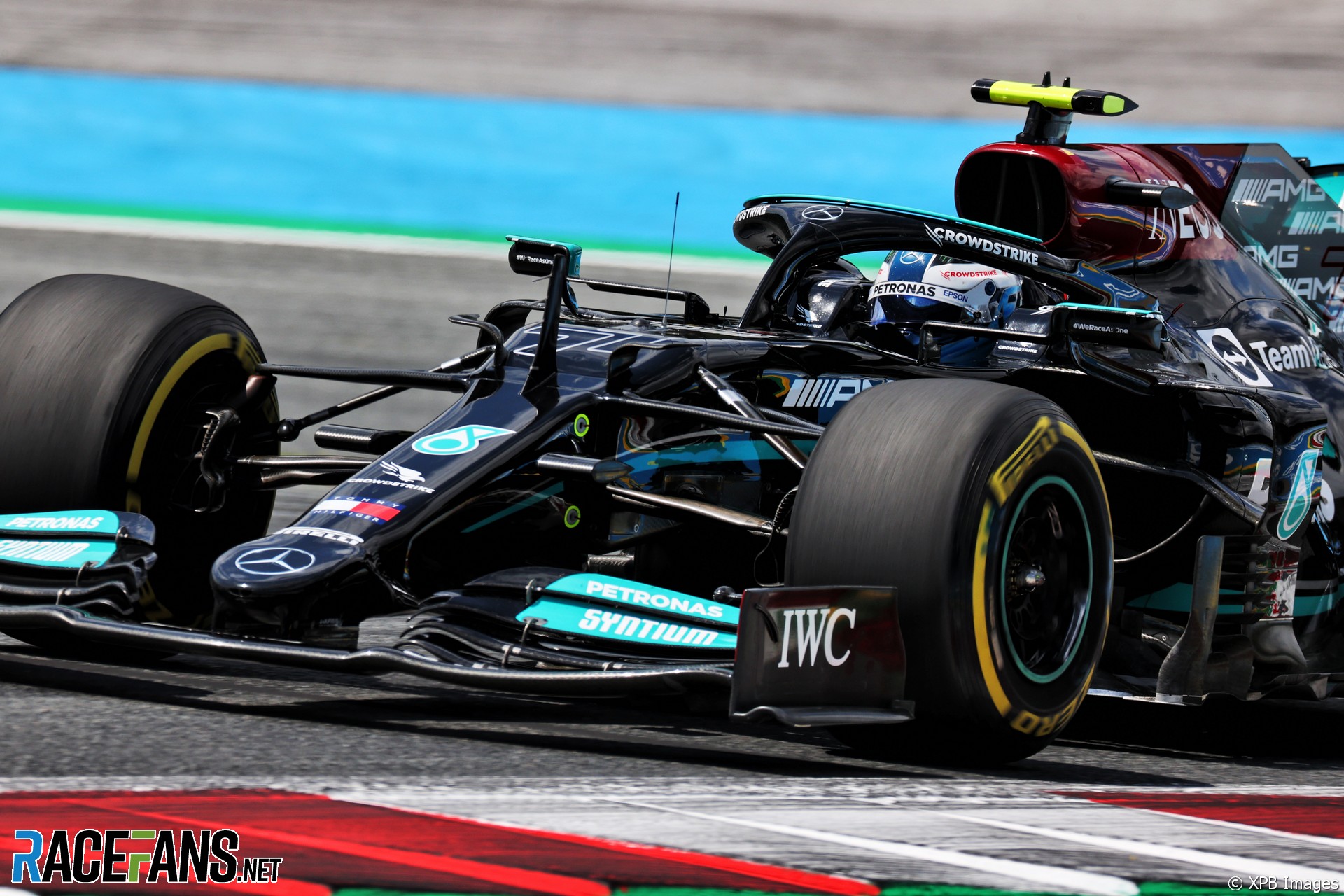 Valtteri Bottas doubts the stewards will penalise him for his bizarre spin in the pit lane during second practice.

The Mercedes driver lost control of his car while he was leaving his pit box and came to a rest by the McLaren garage. His W12 was left broadside across the pit lane and several McLaren mechanics were needed to help him turn around.

“I spun,” Bottas explained. “We tried something different getting out from the box and there was some variable to what we normally do with the wheelspin and that’s why I spun.”

Bottas was summoned to see the stewards shortly after the conclusion of the session. However he said he does not expect anything to come of it.

“I would be surprised if there is,” he said. “It’s a normal mistake, it happens. But I’m sure they just want to understand what happened, really.”

During the session McLaren complained to FIA race director Michael Masi about the incident. “Michael that’s absolutely ridiculous,” said team manager Paul James, “he could have taken our guys out there, and the pit wall.”

Speaking after the session McLaren team principal Andreas Seidl told Sky it was “obviously a scary moment, but in the end it can happen.”