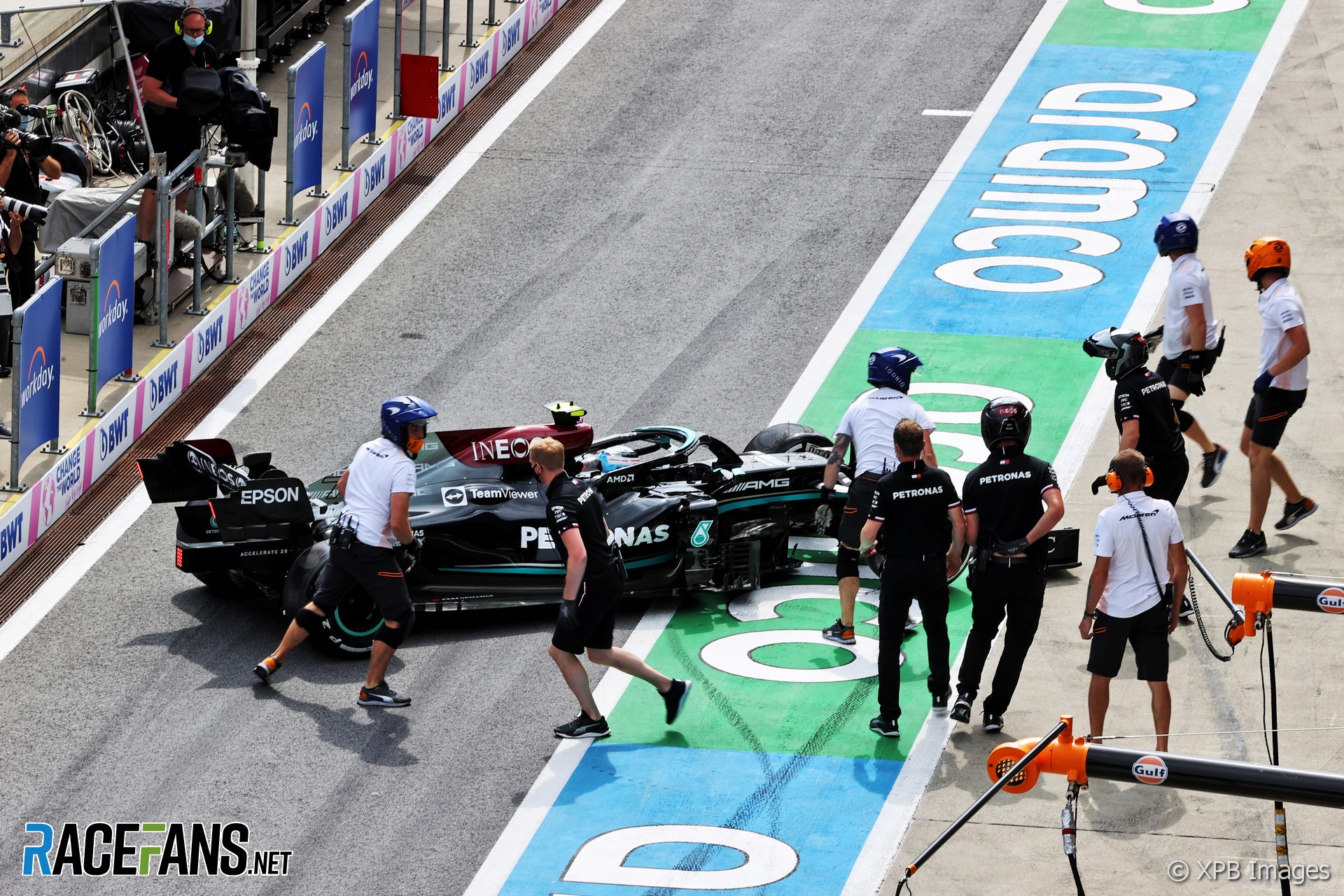 Valtteri Bottas has been given a three-place grid penalty for spinning in the pit lane during today’s second practice session at the Red Bull Ring.

The stewards deemed the incident was “potentially dangerous”. Bottas lost control of his car as he pulled away from his pit box, and came to a stop near a group of McLaren mechanics.

Following the session Bottas said the team had been trying something different when he left the pit box. The stewards noted Mercedes had been trying to improve the speed of their departure from the pits by using second gear instead of first.

“When [Bottas] pulled away from his designated pit stop position, he lost control of the car when he turned into the fast lane. He oversteered, spun and came to a stop across the fast lane near the McLaren pits.

“During the hearing [Bottas] stated that in the past they have been losing time in the pit departure. So they tried something new, which was to leave in second gear. As a result, the wheel spin was much higher and the result unexpected. Therefore he didn’t manage to control the car properly into the fast lane. This has to be considered as potentially dangerous driving, especially as personnel were around in the pit lane.”

Bottas was also given two penalty points on his superlicence, which are his first of the current 12-month period.