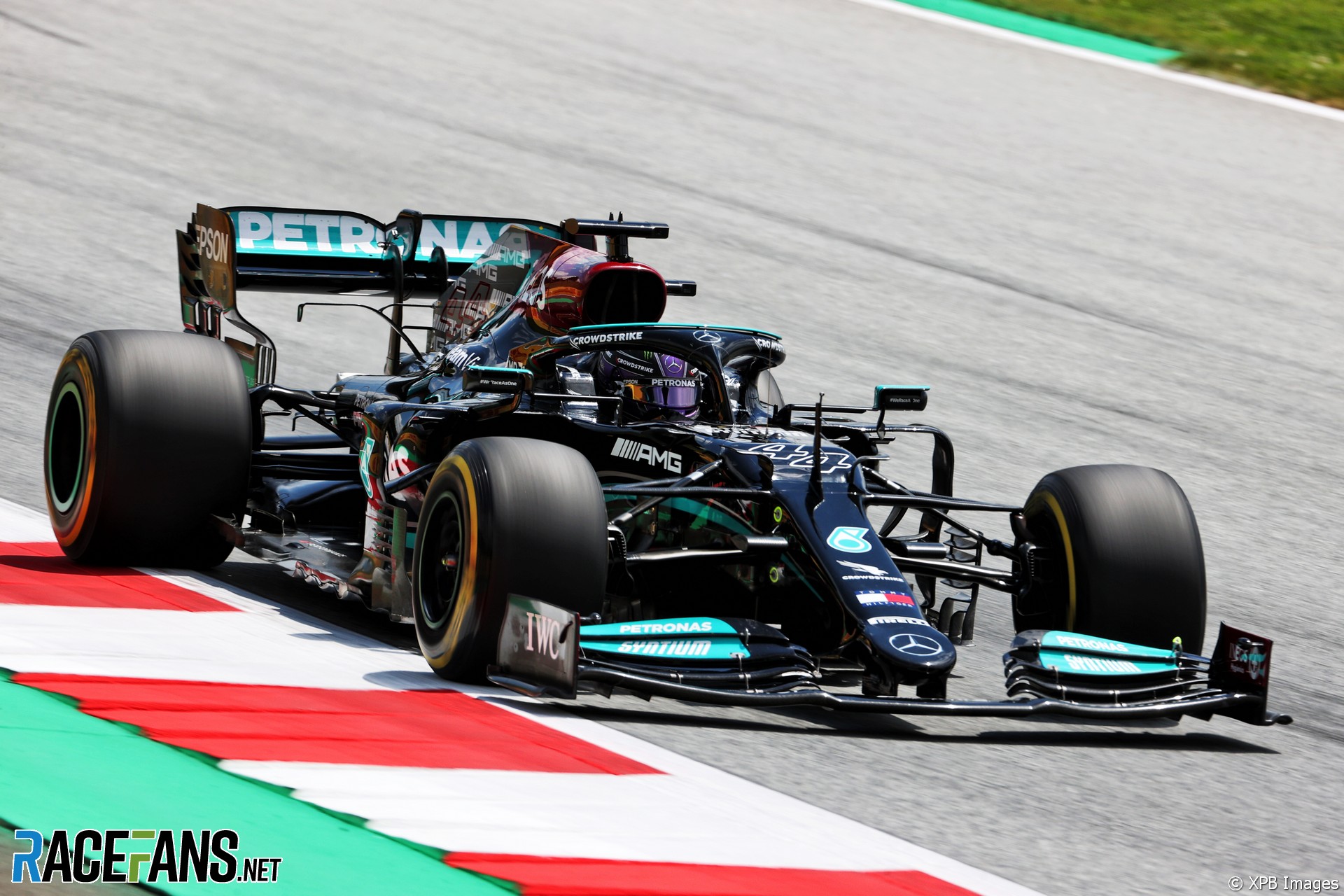 Lewis Hamilton ended second practice at the Red Bull Ring within four-tenths of a second of championship rival Max Verstappen, but suspects the gap will grow tomorrow.

Verstappen set the pace in both Styrian Grand Prix practice sessions today, and ended the day 0.384 seconds faster than the Mercedes driver. The pair were separated by two other cars, and Hamilton suspects there is more to come from Red Bull’s Honda power unit.

“It wasn’t feeling too bad,” said Hamilton. “I think it’s very close with the whole pack.

“The Red Bulls, definitely, will be really hard to beat. I think they’ve just got the edge, maybe more. We don’t know what they’re going to do when they turn that engine up.”

Red Bull have beaten Mercedes for the last three races in a row, leaving Hamilton 12 points behind his rival in the championship. However, he has seen signs of progress in today’s running.

“I didn’t really have too many big problems today. I’m happier with where we got the car to. I’ve been working flat-out all week trying to understand where I wanted to put the car and I’m hopeful that the hard work starts paying off soon.”

“We were a little bit down, obviously, particularly over a single lap,” he added. “Generally over the day, the car felt relatively solid.

“I’ve got some weaknesses and as I said, coming into the weekend, we’re losing on the straight [by] a considerable amount. So we’ve just got to keep working to try and rectify that.”