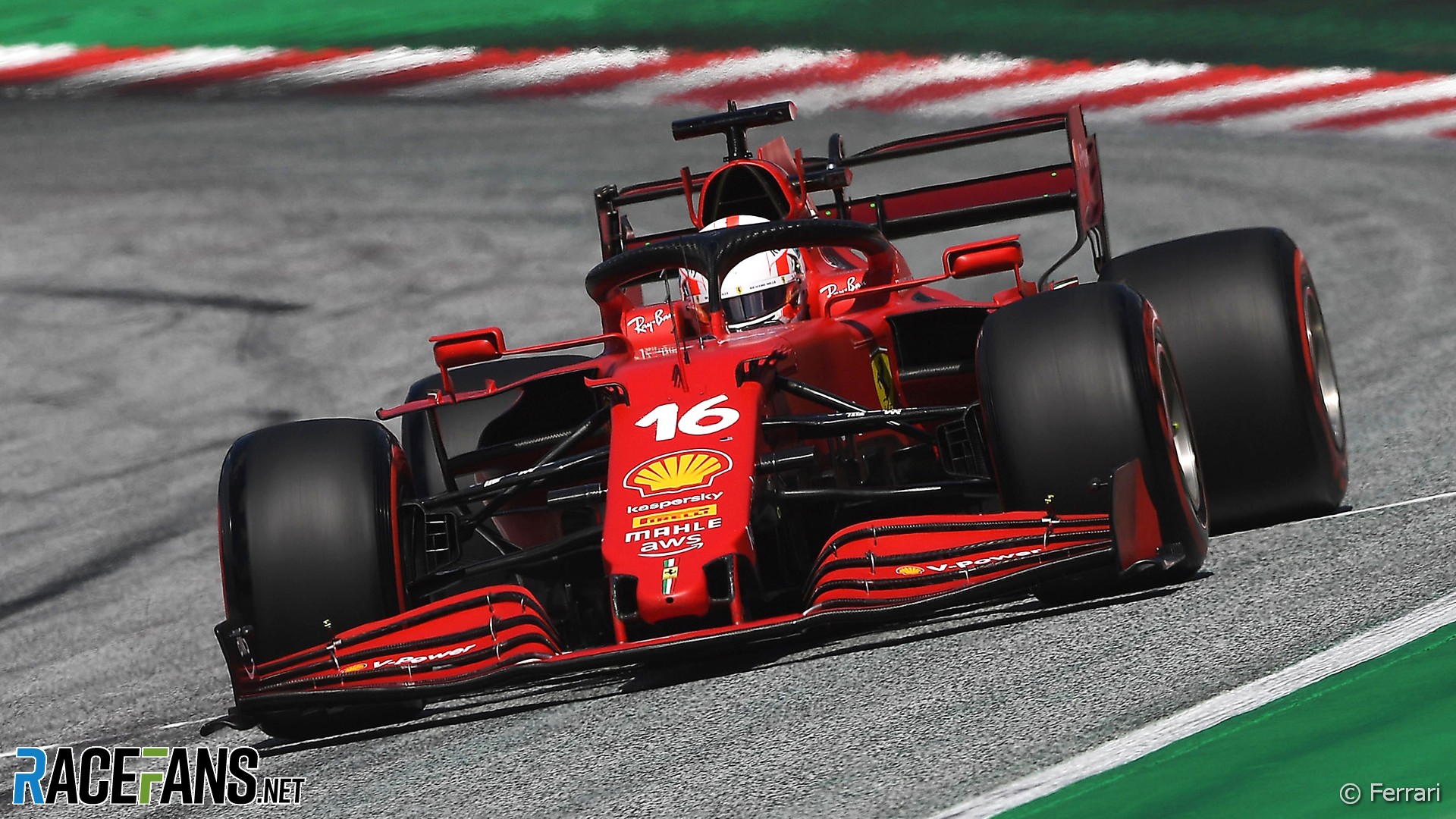 Charles Leclerc was satisfied by his performance in qualifying for the Styrian Grand Prix but disappointed by his deficit to McLaren’s Lando Norris.

“I’m happy about my lap, actually very happy with my lap,” said Leclerc. “I put everything together. I did a good lap. I didn’t do any mistakes, put all of my best corners in one lap.

“But then on the other hand,” he explained. “When I’m looking at the gap in between myself and Lando, it quite… I wouldn’t go as far as ‘scary’, but it’s quite a bit.”

Norris qualified fourth-fastest. His 1’04.120 was 0.352 seconds quicker than Leclerc’s best Q3 lap. The Ferrari driver believes part of their deficit is occuring when they use DRS.

“We are losing quite a bit in the first sector, which is mainly the three DRS zones, for some reason. We don’t completely understand why yet because it’s mostly where we are opening the DRS and the others seem to be a lot stronger with the DRS on. So it’s not in all the straights, it’s mostly in those three straights.

“Then overall grip, probably, a little bit, but we are not that bad in the corners actually if you compare to the others.”

Ferrari’s race pace was poor at Paul Ricard and both drivers dropped outside of the points places during the race. But Leclerc says Ferrari can be more optimistic about their potential for Sunday’s grand prix.

“We need to work hard for tomorrow,” he said. “I think that our race pace is better than our quali pace this weekend, which is quite unusual.

“Sometimes we didn’t carry the that pace we had on Friday to the race on Sunday. So we really need to make sure we work well tonight, try to prepare in the best way possible for tomorrow and have a good race from there.”

Leclerc admitted that “a tiny bit” of qualifying pace had been sacrificed in order to improve Ferrari’s race pace, which had been badly compromised by tyre wear at the French Grand Prix. However, he said that it was “not as much as the gap is telling.”

Ferrari have begun an investigation of the problems they experienced in France. Leclerc said they haven’t “found the solution” at the Red Bull Ring but some improvements have been made.

“We found a few things and we have tried different things for this weekend. Our quali pace is a bit easier, a bit less strong, but hopefully that will help us in the race.

“Whether we have found the complete solution, I don’t think so. So we still need to do that.”