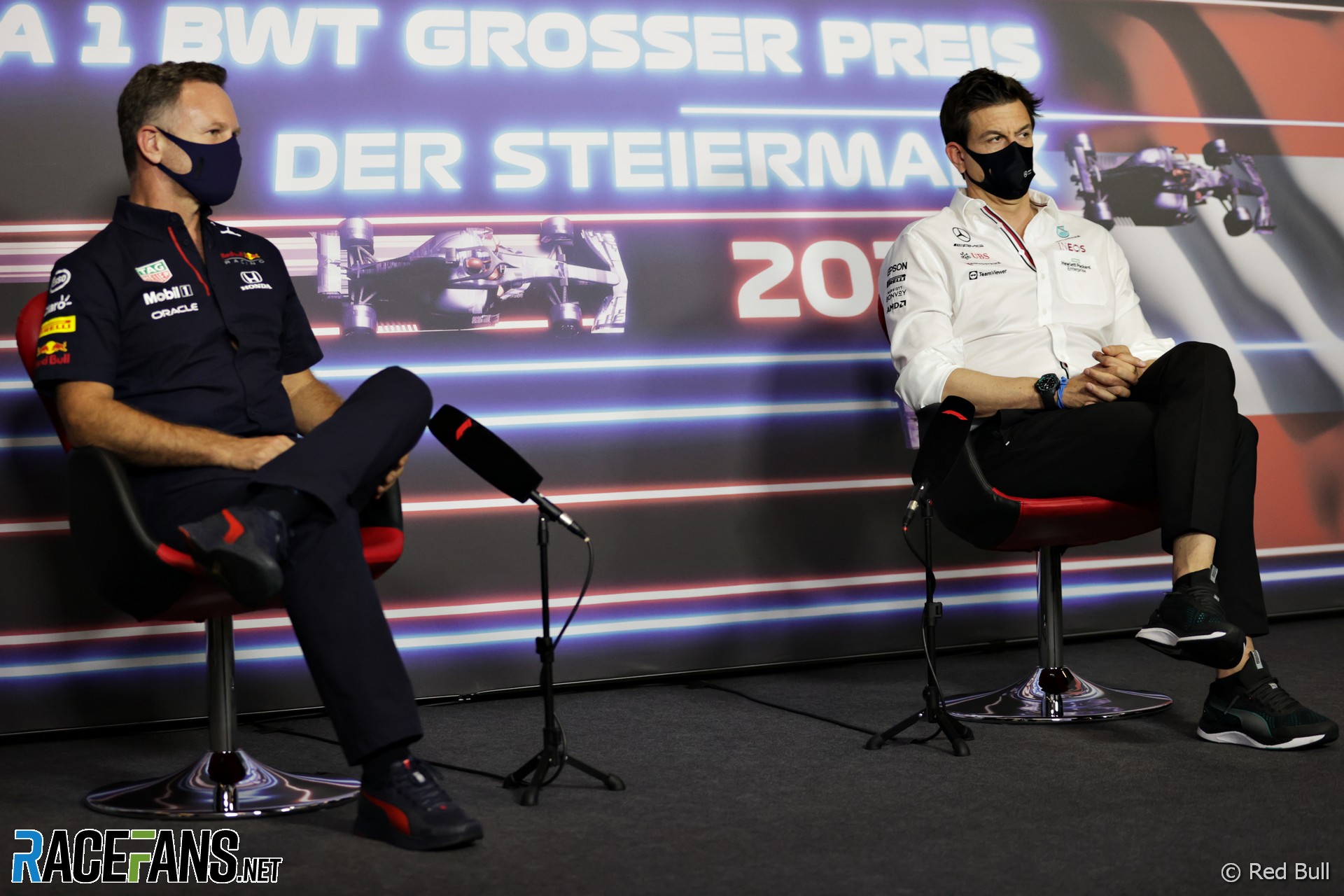 The Formula 1 paddock has re-opened to the media in Austria, and is buzzing with the latest development in the tit-for-tat between Mercedes and Red Bull.

I leave home in Belgium at 10:30 for Passau, situated on the Danube River and thus close to the German-Austrian border, where I’ll spend the night before heading for Red Bull Ring on Thursday. The satnav originally indicates I’ll arrive at 5pm, but two hours from my destination that leaps to 8:30pm – two trucks have collided ahead and seriously damaged a bridge.

The delay leaves me with little to do besides reflect on my lengthy interview the previous day with F1 president CEO Stefano Domenicali, which will be published soon. The Zoom call filled me with confidence about F1’s future – he is an extremely committed racer, experienced businessman with an enviable record of achievement, and an extremely approachable gentleman to boot. Just who F1 needs at this stage.

Via country lanes, I eventually reach my hotel at 7pm, having spent close to eight-and-a-half hours in the car on a blazing 30C day. 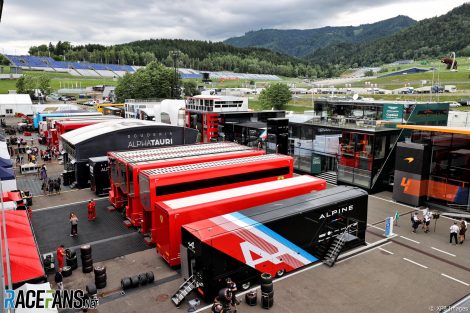 Arrive at the track and have obligatory Covid test. It’s heartening to see a row of ‘Welcome Race Fans’ arches, and I make a mental note to inform circuit management that it is spelt ‘RaceFans’…

For one of the smaller countries F1 visits, Austria has an illustrious motorsport history: Jochen Rindt, Niki Lauda, Gerhard Berger, Helmut Marko, Alex Wurz and more than a few others did this landlocked proud in F1 and/or at Le Mans – Rindt won both. Given their collective achievements – oft in the face of adversity – a case could be made that Austria provided the sport’s bravest drivers.

Add in Austrian influences at Red Bull and Mercedes – they’ve clean-swept the F1 world championship since 2010, with this year highly likely to go to either of these teams – and it is clear Austria belongs firmly in the pantheon of great motorsport nations despite its population of less than nine million.

Among the highlights of Thursday’s press conferences are Lewis Hamilton’s flat dismal of George Russell as potential 2022 team mate, firmly reiterating his preference for Valtteri Bottas, and the latter’s robust insistence that all is rosy in his relationship with Mercedes.

Sebastian Vettel also gives a forceful response to my question about UEFA’s ban on the pride rainbow at a football match earlier this week. Here, as in last Sunday’s race, his and team mate Lance Stroll’s Aston Martin bear the rainbow on their Halos.

After the conferences I take a walk through the paddock, and am pleasantly surprised at how much more access we’ve been granted: basically the run of the place – bar entry into team hospitalities – subject to social distancing measures and wearing of masks. I’m told entry into motorhomes (in limited numbers, by invitation) is on the cards and could come by the summer break or the first event thereafter, Spa. Here’s hoping.

That said, we still have anomalies: paddock folk and media members park in the same zones, queue together for Covid tests and cross the bridge to the main building complex together, but once on the other side we’re only ‘semi-clean’. I’m told team personnel have now had their vaccination status (anonymously) registered by F1, but no such information has been requested from us. Wonder why.

During my walk I discover the existence of another revised technical directive, TD22, which effectively eliminates pit stop competitions by imposing minimum reactions times for the activities. I’m told that Mercedes approached the FIA about techniques used, which in turn prompted the governing body to view pit stops through a safety prism. I decide to ferret out the background during Friday’s noon team boss conference. 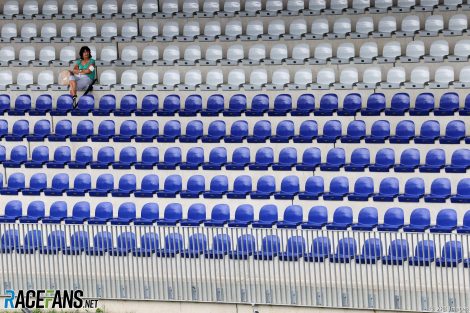 Arrive at circuit at 9am, then take a walk through the paddock. I spy Davide Brivio, Alpine’s race director, and we chat about his cross-over from Moto GP to F1 and the major differences between the series. Setting aside the (obvious) number of wheels and team sizes, he lists complexity and over-regulation as main differences. I cannot disagree with the Italian, having recently posed questions about just that to team bosses.

The first session of the noon FIA press conference sees Christian ‘Toto’ Wolff and Christian ‘Racing Spice’ Horner paired, and the governing body could not have chosen better candidates at this stage of the battle, which shows all the signs of going down the wire – on- and off-track. In response to my question the former admits to having “enquired” about pit stop procedures.

After the second session I have an exclusive interview lined up with Sauber boss Frederic Vasseur. As well as covering various team-related topics, I’m particularly intrigued by his take on the many junior drivers who passed through his ART outfit on the way to Formula 1. He believes there’s a particularly rich seam of young talent at present, something Domenicali also alluded to.

A storm delays my departure so I grab a bowl of sausage soup in media canteen, which, as has always been the case with Red Bull Ring, is right up there with the best in terms of offerings and service. Some venues get that media folk have normal human needs in order to do our jobs; others see us as pests and provide the bare minimum. I guess that is reflected in our reportage, if subliminally so.

En route to my guest house, situated in a typical Styrian village around 10km from the circuit, I take a call from a Russian source who advises that Igora Drive circuit outside St Petersburg, which we’d punted as potential Russian Grand Prix venue ever since my visit in October 2019, will host the race from 2023. A subsequent statement from the circuit confirms it.

The layout and topography of Igora Drive, which will require some relatively minor facility upgrades – in particular to its pit and paddock complex – reminds of the Algarve circuit. As such I have no doubts it will deliver better racing than flat, featureless Sochi, plus nearby Saint Petersburg beats Adler hands down as a destination city.