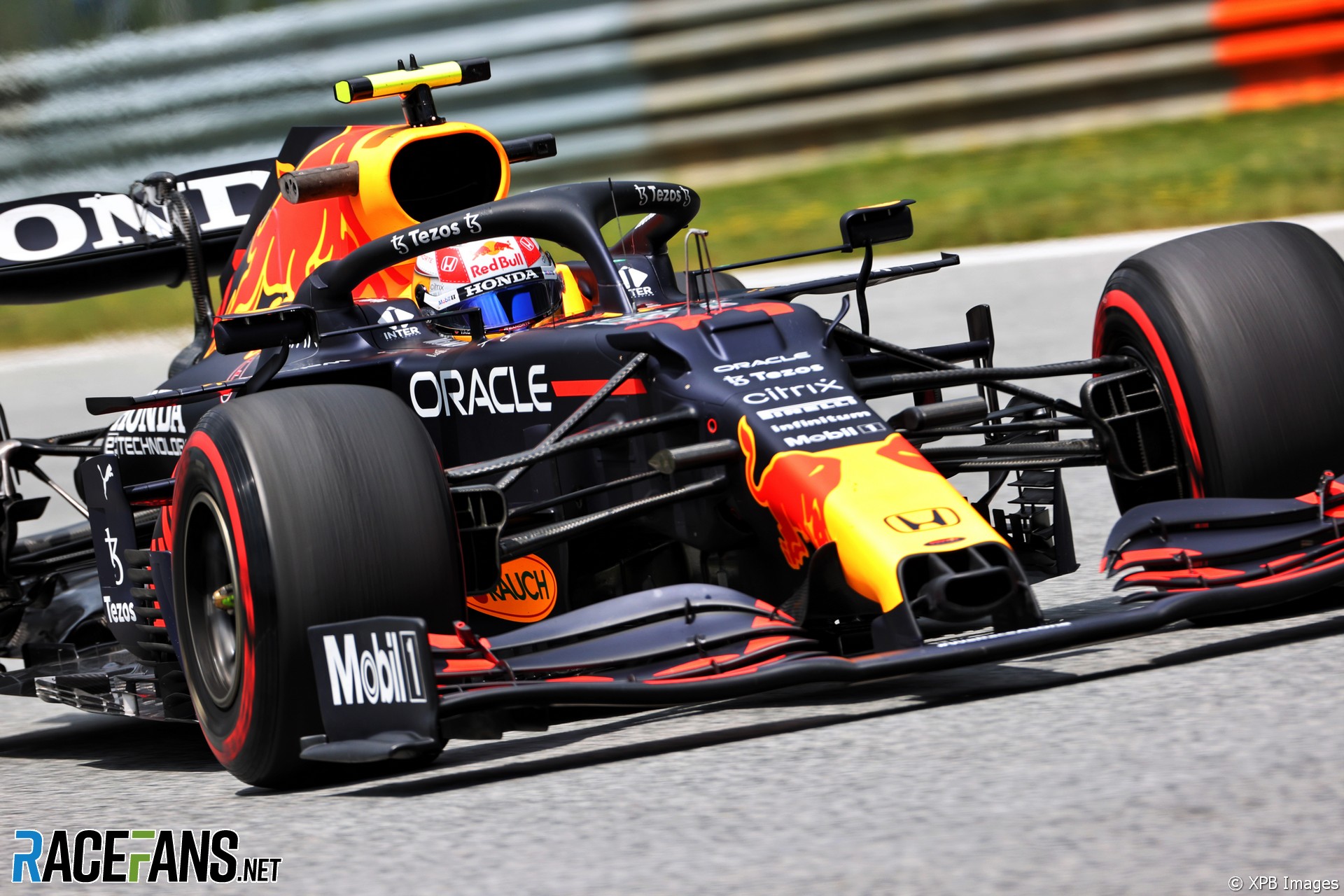 In the round-up: Sergio Perez has said Red Bull have strong race pace and that he only needs small setup tweaks to contend for pole.

Perez: “fine tuning” all that is needed to be in pole contention

Perez finished second practice ninth-fastest, while team mate Max Verstappen topped the session. Although the pair were separated by six tenths of a second, Perez is confident he and Red Bull can changes overnight to be in contention for pole.

“From our side, we just have to find a bit of fine tuning,” he said. “You have these issues in the practise where I’m not so comfortable with the car. I kind of take one direction and probably not the right one.

“So I’m not concerned at all. I think we do have a good pace and the long-run pace seems to be promising. So if we are able to find a couple of tenths overnight then we are in the fight for tomorrow, which is important.”

Seidl: No change to McLaren’s pit stops with new rules

Andreas Seidl has said he doesn’t expect McLaren to need to change any procedures with new pit stop regulations, in which the FIA will monitor mechanics’ reaction times.

“With the way we do pit stops, it’s pretty much exploring what was allowed by the regulations on ensuring safety for our own people.

“I don’t expect any any changes, actually, for us based on that.”

Alice Powell has taken pole in the first W Series race of 2021. On a somewhat greasy track, after F1’s second practice session, conditions improved throughout the 30 minutes of qualifying and Powell took pole by more than a tenth of a second.

Reigning champion Jamie Chadwick and 2019 runner-up Beitske Visser spent much of the session well adrift of the top times. Visser was able to pull out a lap to improve to fourth on the grid in the last moments of the session but Chadwick only qualified eighth.

Since arriving out here in Austria 🇦🇹 I’ve unfortunately tested positive for COVID. Gutted not to be joining the C4 team for the W-series & F1 coverage this weekend. Currently resting up & hoping to be fighting fit again soon! 💪🏼 Thanks for all the msgs, appreciate the support 💙 pic.twitter.com/VUZ200AYjf

"Chadwick: 'Aside from the criticism, in my opinion, W Series has single-handedly done more than anyone else to help women in motorsport,' she says. 'I think whether you agree or not that it’s the right approach, it's definitely professionalised women’s motorsport overnight.'"

"Billy Monger has tested positive for Covid-19, and will not be part of Channel 4’s Formula 1 or W Series coverage this weekend, Motorsport Broadcasting has learnt. Monger’s positive test has forced most of Channel 4’s team out in Austria, including presenter Steve Jones and lead commentator Alex Jacques to isolate.t"

"06:24am: First reports emerge that the Envision Virgin Racing Formula E Team had worked through the night to repair significant damage to Cassidy’s car which included building up a new car around a fresh tub, such was the result of race one’s impact."

GT Racer considers why Mercedes chose to send Bottas straight out of the pit box in second gear, on the launch that saw him spin in the pit lane, rather than waiting to try it from a practice start at the end of the pit lane.

Just to answer the question as why they didn’t just practice this at the end of the pit lane or on the grid after the session.

The pit boxes are always on a concrete surface (as cars in other categories that use air jacks can dig into/tear up Tarmac) so any standing start data gathered from a Tarmac surface at pit exit or the grid would be completely irrelevant for what Mercedes were looking to test in this instance which was improving the getaway after a pit stop.
@GT-racer