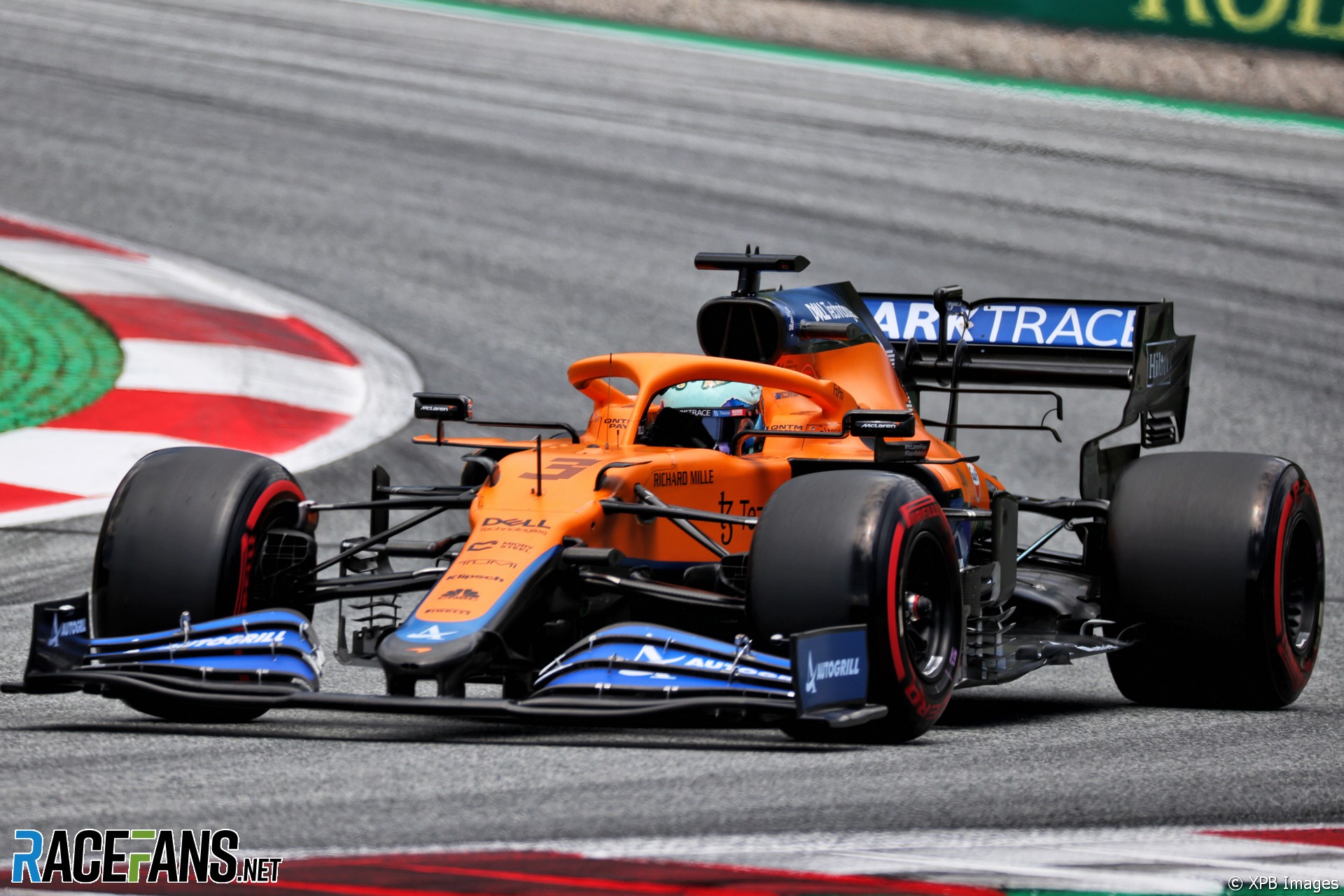 Daniel Ricciardo said his loss of pace in qualifying for the Styrian Grand Prix was a mystery.

The McLaren driver will line up 10 places behind team mate Lando Norris after failing to make the cut for Q2. Ricciardo, who set the second-quickest time on Friday, admitted he was bemused by his latest setback.

“It’s a bit of a mystery, actually,” he said. “We were obviously quick yesterday. I know it’s only Friday practice, I don’t expect to be fighting for pole position today. But obviously we were pretty comfortable with everything.

“We put the car on track today and we are like one second slower, pretty much. So, really, then qualifying was a product of also this morning, we were just off the pace. But why, I’m not sure.”

Ricciardo has found it difficult to get up to speed in the McLaren since joining the team at the beginning of the year, and admitted there was no one obvious area he was losing out today.

“This was definitely one of those days, a bit of a frustrating one. We’ll obviously try to understand why, how.

“But I felt like it’s not like there was a lot of time here or there, it as just a little bit of lap time everywhere and you try and improve a bit but I just felt like everything I did I was not really able to gain anything else out of the car.”

McLaren did not make any significant changes to his car which might account for Ricciardo’s difficulties, he said.

“We fine-tuned a little bit, for sure, but nothing crazy, nothing which should explain being so far off today. You always obviously change the car to try to be quicker so we definitely didn’t expect this today.”

Despite his difficulties in qualifying, Ricciardo has scored in all bar one of the races so far this year, and is hopeful of a better run on Sunday.

“The quali’s done so we have to certainly look to tomorrow,” he said. “And the one positive with being out in Q2 is you have the free tyre choice. So we’ll obviously try and try and play around a bit there.

“But it’s always a bit confusing when you’re obviously from one day to the next and not a whole lot changed today with weather or temperature. I guess everything’s very, very sensitive at the moment.”

Formula 1 will race at the Red Bull Ring again next week, which Ricciardo said may give him a further opportunity to get to the bottom of his handling problems. “Coming back next week will also be a good thing, actually, to come back and have another crack,” he said.

“But after Le Castellet I was pretty happy with the progress. Yesterday I was like alright, this is nice, it’s starting to all come together, and then you get a day like today where it’s just like ‘what, I don’t really know how that all happened’.”

29 comments on “Ricciardo mystified to become “one second slower” overnight”