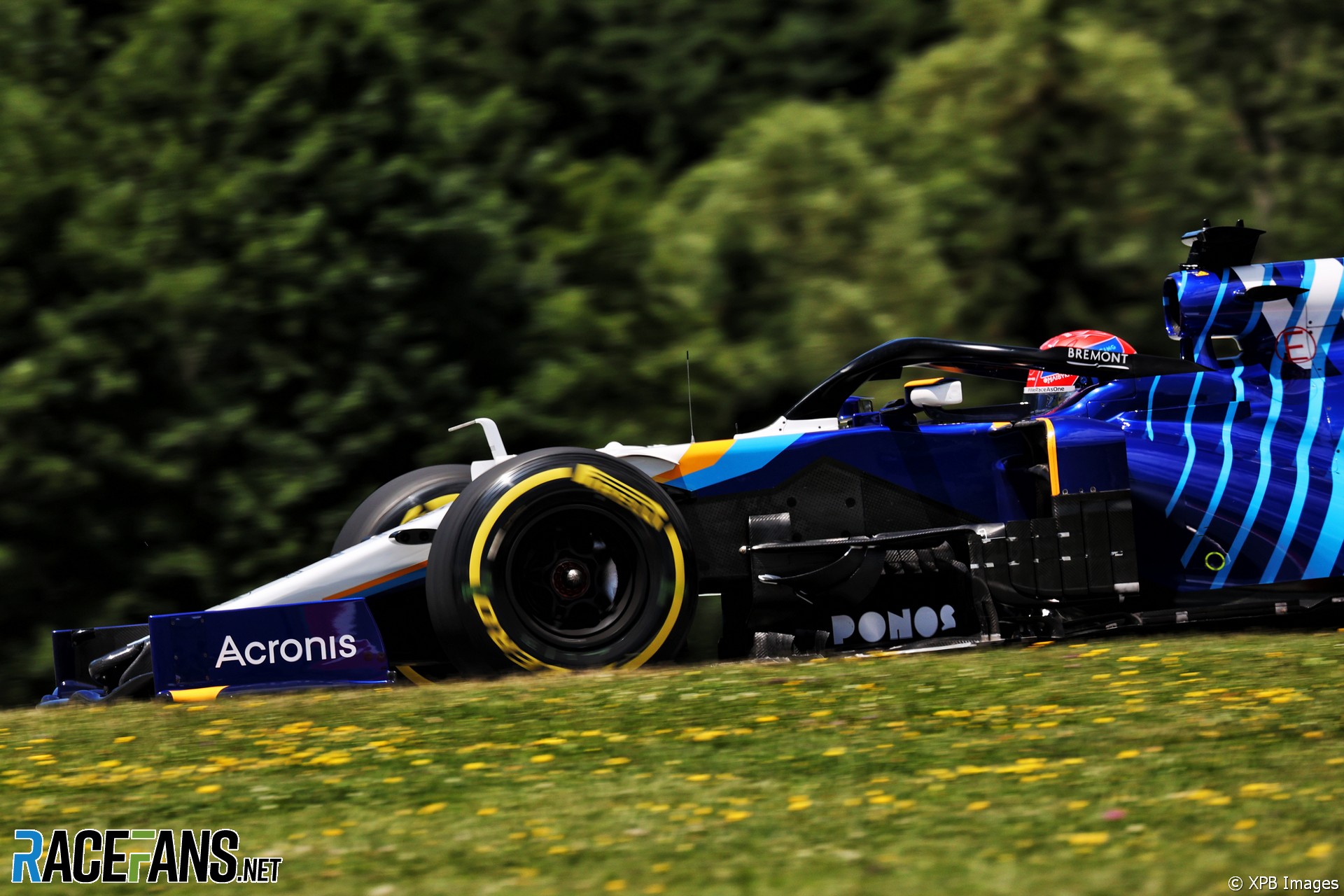 George Russell believes he has a realistic chance of ending Williams’ point-less run after qualifying 11th for the Styrian Grand Prix.

The Williams driver fell short of reaching Q3 by eight-thousandths of a second in today’s qualifying session. Russell said the result came despite the team prioritising its race pace over its one-lap performance.

“Obviously, we want to get into Q3, that would be a great achievement,” he said. “But so close, so satisfying when we get the maximum from it and we do this a lot. And even more so, we’re putting a lot more emphasis on the Sunday pace and just trying to really maximise the car for the race pace.

“So let’s see how it turns out tomorrow. I think we are there on merit. We’ve got a lot of quick guys behind – Ricciardo, Sainz, Vettel – but I’m looking forward and we want to score some points.”

Russell believes points are “definitely on the table” in the race. “We’re looking forward and we’ve gone down a slightly different direction with the set-up and it seems to be paying off.

“But we’ve only had a couple of races like this. We need to give it a bit more of a chance to see if this is real, throughout. But having that confidence in the car is a big thing and today’s a very calm day, not a single gust of wind or anything, I’m sure that that does also help us a lot. So far, so good.”

He is optimistic about the team’s race pace following Friday’s practice session. “Yesterday was probably the best Friday we’ve ever had,” he said. “Let’s see how that translates tomorrow.

“We did have a new set of hards for the race pace, which I think did account for something. We didn’t do the low fuel on the hards. So for sure, that accounted to something, but the car felt really good and we look strong and lets see, if it does translate into something tomorrow.”