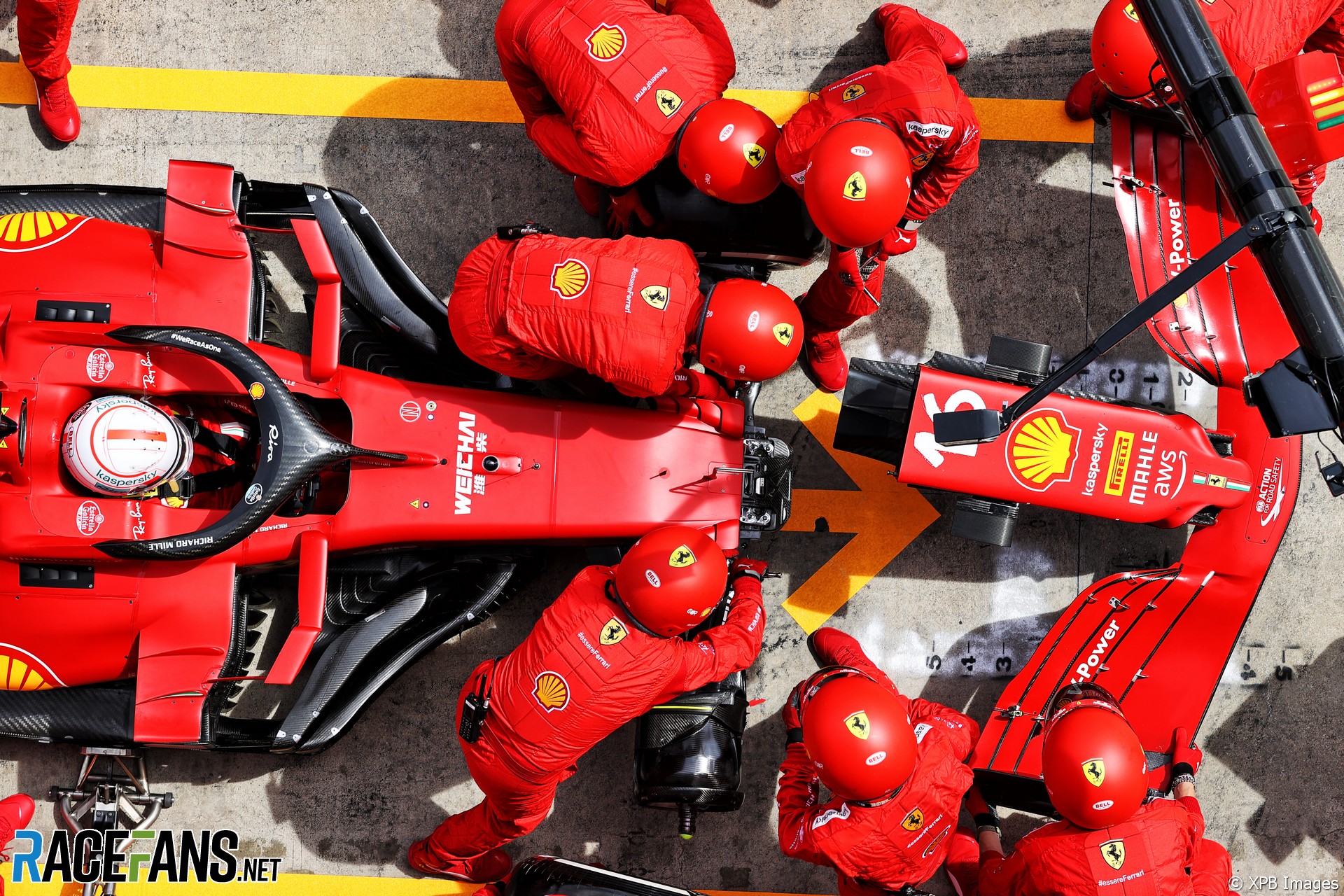 Charles Leclerc says finishing seventh in the Styrian Grand Prix was a “bittersweet” result after his first lap collision with Pierre Gasly forced him to change his front wing.

Despite finishing in the same position he started, Leclerc had to fight back from an unscheduled early pit stop after clipping Gasly’s AlphaTauri on the run to turn two, breaking his front wing.

Leclerc lamented the opening lap contact which compromised his afternoon. “It’s definitely a bittersweet feeling, because if you take off lap one, I rank this performance as one of my best,” he said.

“Well, first thanks to the car, obviously. But there was also a lot of overtaking. We didn’t lose much time in traffic. And it was just a fun race. I didn’t watch a lot of my mirrors, it was more focusing on what was ahead. And it was a good feeling from lap two onwards.”

After replacing his front wing, Leclerc made a series of passes into turns three and four as he recovered up the field, making further contact with Kimi Raikkonen and Fernando Alonso in the process.

“Turn four today was a good opportunity to overtake for me,” Leclerc says. “I took every opportunity I had.

“I felt the contact with Fernando and I spoke with Fernando at the end of the race and he told me he locked up a little bit his front and side wheels and went a bit wrong and thought that we would crash. But, luckily for both of us, we managed to make the corner. All of the moves were on the limit. But I had to take some risk obviously after lap one, because we had lost so much time that I had to go through that traffic as quickly as possible.”

In stark contrast to his Ferrari team’s dire race performance last weekend at the French Grand Prix, Leclerc was able to fight his way through the field to move back up to seventh by the chequered flag.

“It’s definitely a result of the hard work that the team has done in between these two races. That’s definitely partly thanks to the big work that’s been done and it’s also partly track characteristics and car characteristics that seem to be fitting quite well for this weekend. We’ll keep on working very hard to try and understand exactly what we’ve done right today to try and reproduce this type of performance more often in the future.”