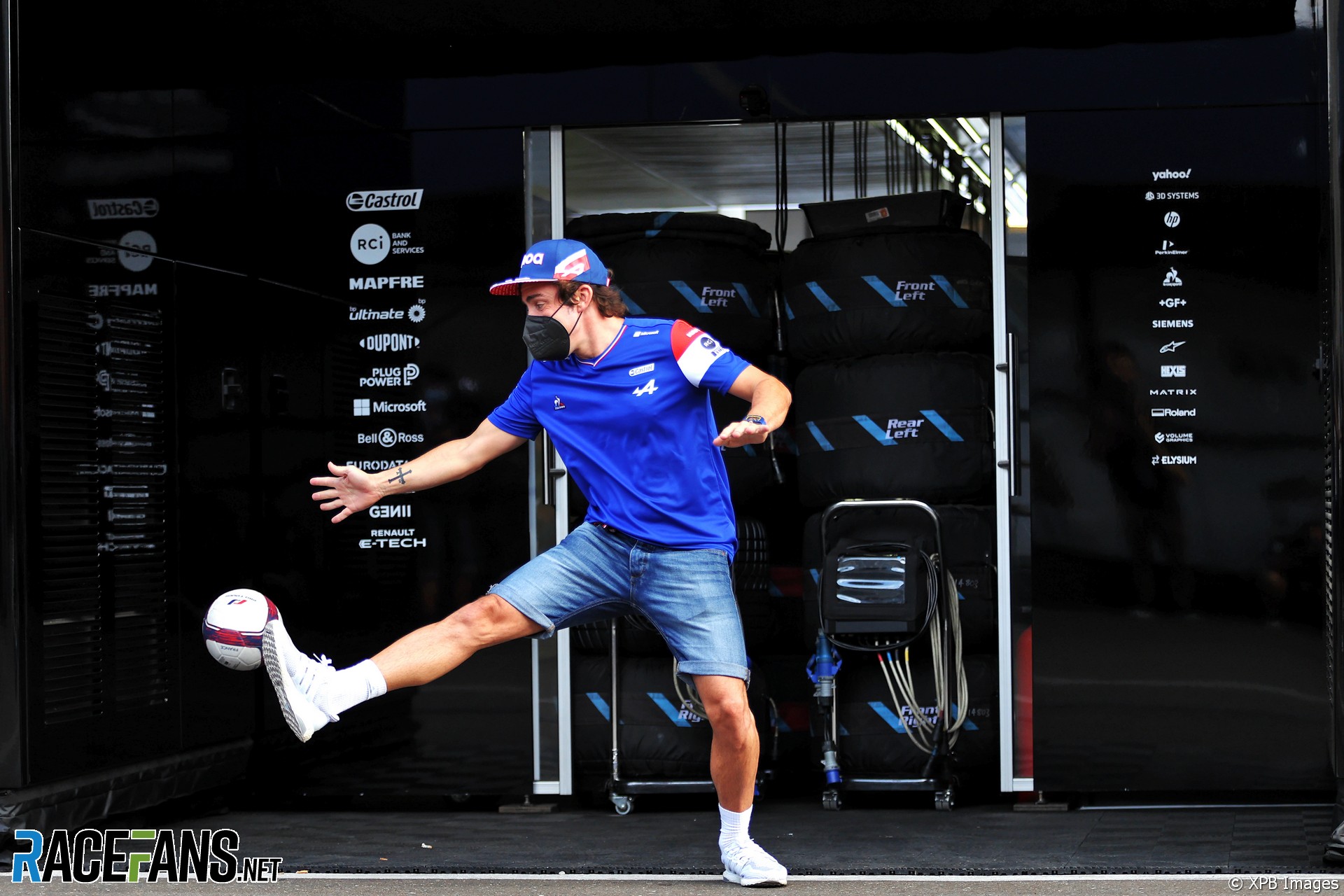 In the round-up: Alpine’s sporting director says the team has been inspired by Fernando Alonso’s positive approach to improving his form since the start of the season.

Alonso radio message motivating to team he is “still building”

Alpine sporting director Alan Permane praised Alonso’s response to his difficult start to his comeback with Alpine. “There were some struggles and instead of having any tantrums or hissy fits or anything he looked to himself, he never once blamed the car or the team,” said Permane.

“He still is still there, still building his team with these guys around him and doing a great job with results like this, today.”

Permane was especially pleased to hear Alonso’s describing how pleased he was with his qualifying lap on the radio. “I said to him afterwards don’t underestimate that, that radio message will be broadcast and everyone in Enstone and everyone in Viry is hearing that, and that just makes their weeks of work, their hard work worthwhile, to hear a driver who’s done a good lap be really happy with it and hear how motivated he is and that sort of thing.”

Yuki Tsunoda was given a three-place grid drop and a penalty point on his super license for impeding Valtteri Bottas in Q3. Jody Eggington, Alphatauri’s technical director, said it was down to an unusual flaw in the team’s communication.

“I think we might have missed a traffic call with Bottas,” said Eggington. “I think that’s what’s happened.

“We’re normally pretty robust, it’s pretty rare for our team to be brought up on these charges. But on this occasion it’s possible we’ve made a mistake.”

Inaugural W Series champion Jamie Chadwick faced a tricky start to her title defence after finishing seventh in the season-opener. The Veloce driver collided with Jessica Hawkins on the second lap and fell to the rear of the field before recovering.

“I’m feeling mixed emotions after that race,” she said. “Firstly, I’m happy to get points on the board but massively disappointed at the same time, I had a really good start and first lap but then got spun around.

“We got a bit lucky with the carnage that unfolded after the safety car but I think it was damage limitation today given the circumstances we found ourselves in. Our potential was much more than that this weekend. Luckily there isn’t long to wait so we’re already looking ahead to the next race.”

After being eliminated in Q2, Ricciardo says

"I don't have much of an answer for today but we'll figure it out."

McLaren tell him "Don't worry mate this is a Sunday race circuit."#StyrianGP #F1

A P2 finish for @smgirlracer26 means this podium is even more notable than most.

Sarah Moore has become the first openly LGBTQ+ driver to stand on a podium during a Grand Prix weekend.

So there we have it, it’s a first BRDC British F3 pole for @reeceushijima! pic.twitter.com/3Tjav94RlY

"Using the second-fastest times from both sessions, Bearman also claimed pole for race three by 0.120s over Montoya. Wurz will line up third for just his third race in single-seaters, with Tramnitz alongside based off his Q2 effort (while most others set their second-best laps in Q1)."

Does Ferrari’s latest setback indicate they haven’t made the progress with their car it seemed they had earlier in the year?

That Ferrari isn’t competitive is somewhat understandable after their ‘shenanigans’ had to be rushed off their 2020 car and then a lot of that carried over into 2021 due to the postponed regulation change.

But in this third full season, Binotto still seems to run a confused team that can’t get on top of fundamental issues. Worse, they keep finding new problems that they then have no answer to.
@cashnotclass