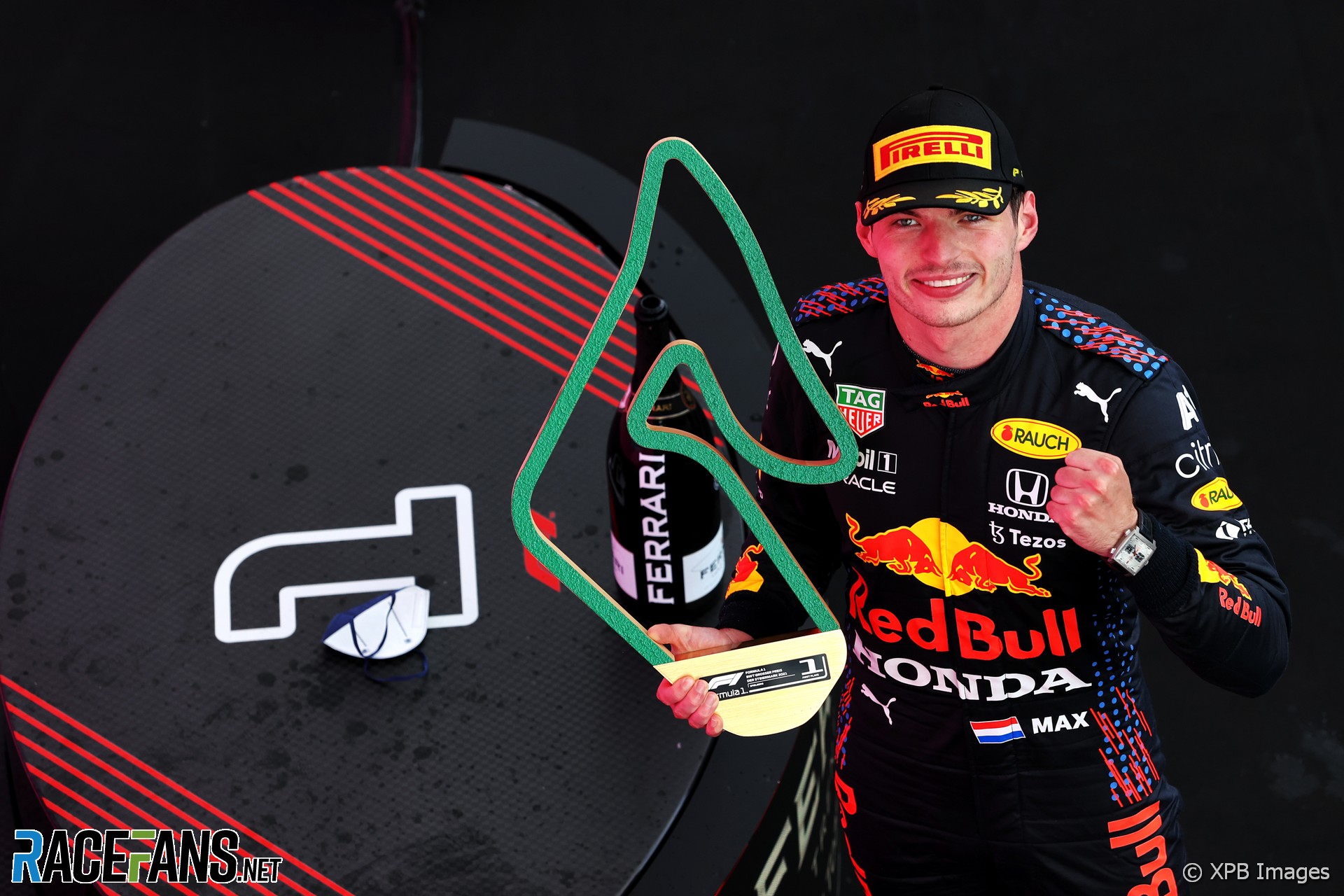 Max Verstappen led every lap of the Styrian Grand Prix to take his fourth win of the season ahead of championship rival Lewis Hamilton.

Verstappen pulled steadily away from his championship rival in the second half of the race to take a comfortable victory to extend his lead further in the drivers’ championship.

Valtteri Bottas took the final podium position in third after holding off a late charge from Sergio Perez in fourth.

At the start, Verstappen held the lead from Hamilton while Sergio Perez and Lando Norris battled over third place. Behind, Charles Leclerc ran into the back of Pierre Gasly, causing a left-rear puncture on the AlphaTauri and breaking the Ferrari’s front wing.

With Gasly struggling to slow down for turn three, he was unable to avoid Antonio Giovinazzi’s Alfa Romeo, sending him into a spin. Nicholas Latifi was also involved in the melee. Leclerc was able to replace his front wing and rejoin the race, while Gasly was forced into retirement.

As Verstappen and Hamilton pulled away out front, Perez dived past Norris into turn three to take third place, closely followed by Bottas who demoted Norris to fifth

Perez was the first of the front-runners to pit, but a slow stop saw him lose third place to Bottas after the Mercedes driver made his first stop.

Hamilton was brought in to try and undercut the race leader, but Verstappen’s gap was more than comfortable enough for Red Bull to bring him in and resume the lead. Verstappen began to gradually pull away from the chasing Mercedes as Hamilton struggled with graining on his medium tyres.

Perez was brought in for a second stop in a bid to try and chase down Bottas with fresher tyres, but despite rapidly closing the gap to the Mercedes driver, was unable to catch him in time.

Verstappen cruised to the chequered flag to win his fourth race of the season and extend his advantage to 18 points in the championship. Hamilton finished second after pitting on the penultimate lap to claim the additional bonus point for fastest lap

Norris finished fifth for McLaren ahead of the two Ferraris of Carlos Sainz Jnr and Leclerc. Lance Stroll finished eighth for Aston Martin, with Fernando Alonso and Yuki Tsunoda rounding out the top ten.