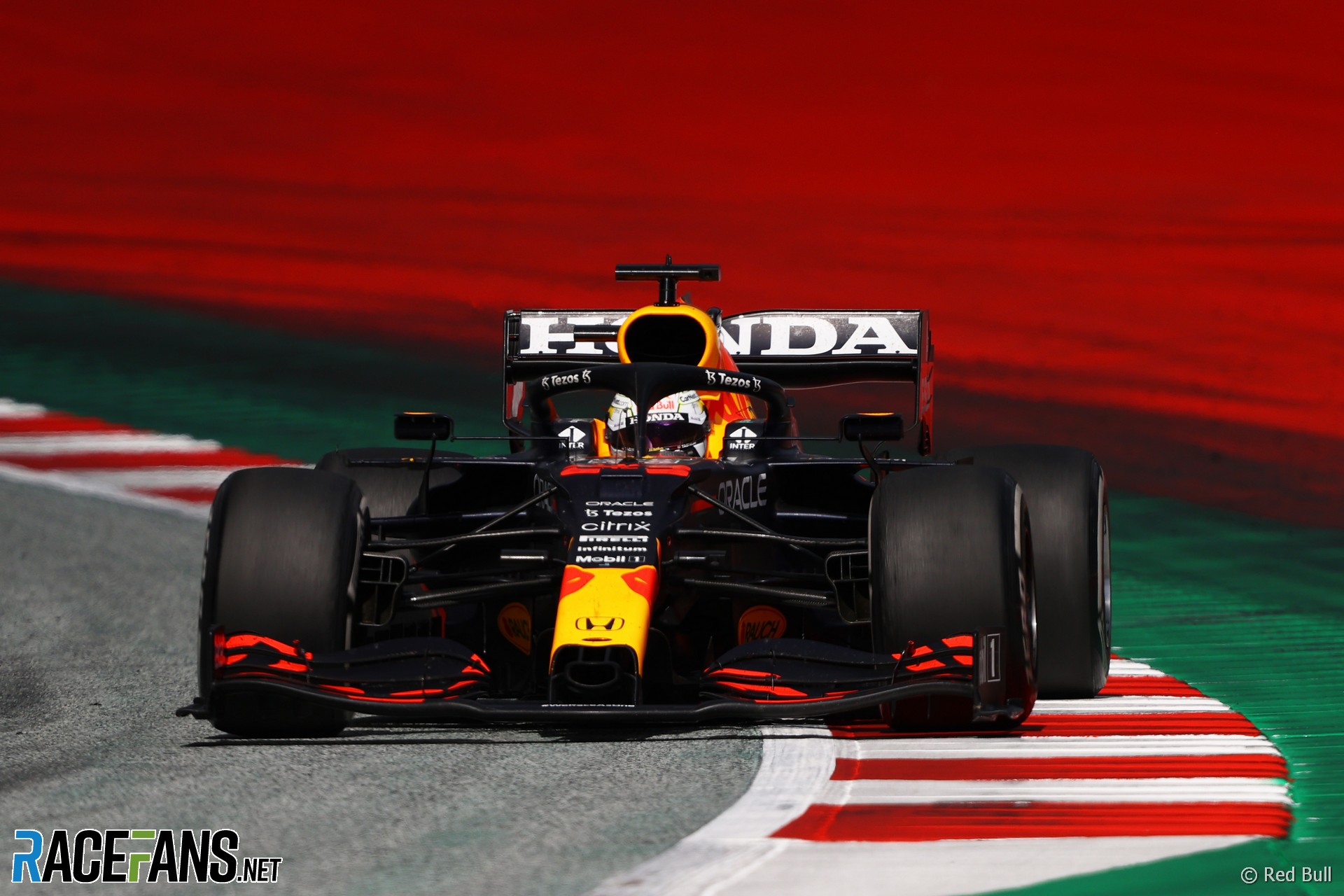 Max Verstappen was encouraged by his car’s pace in the latter stages of the Styrian Grand Prix following his crushing win in the race.

The Red Bull driver led every lap of the race from pole position, pulling away steadily from Lewis Hamilton in the opening laps.

“Straight away I felt a good balance in the car and it was good to manage the tyres basically from the start,” he said. “I felt like, to the end, I also had tyres left.”

Hamilton’s pace dropped off significantly towards the end of the race. Verstappen set his fastest lap on the 68th lap of 71, at which point he was up to a second a lap quicker than his rival.

Verstappen said the team made the correct tactical choice to wait until Hamilton had pitted before responding, knowing they had sufficient margin in hand.

“Of course they pitted one lap earlier than us,” he said. “We reacted to that and then we just kept on going, trying to hit our lap times. That worked really well today.”

The biggest potential threat to Verstappen’s victory emerged in the second half of the race, when he twice complained about a brake-by-wire problem. It occurred intermittently, and the team told him to avoid it by ensuring he didn’t brake while riding the kerb at turn 10.

Verstappen said Red Bull’s pace around their home track was especially encouraging as F1 will race there again next weekend.

“That’s very positive,” he said. “But of course, we have to show it again next week, so we’ll definitely have a look what we can do better. I’m looking forward to it next week.”

His fourth win of the season puts him 18 points clear of Hamilton in the championship. Verstappen said that Red Bull’s chances were “looking really good.”

“We just have to keep on going, keep pushing really hard, and then I’m confident that we can do a very good job,” he added.