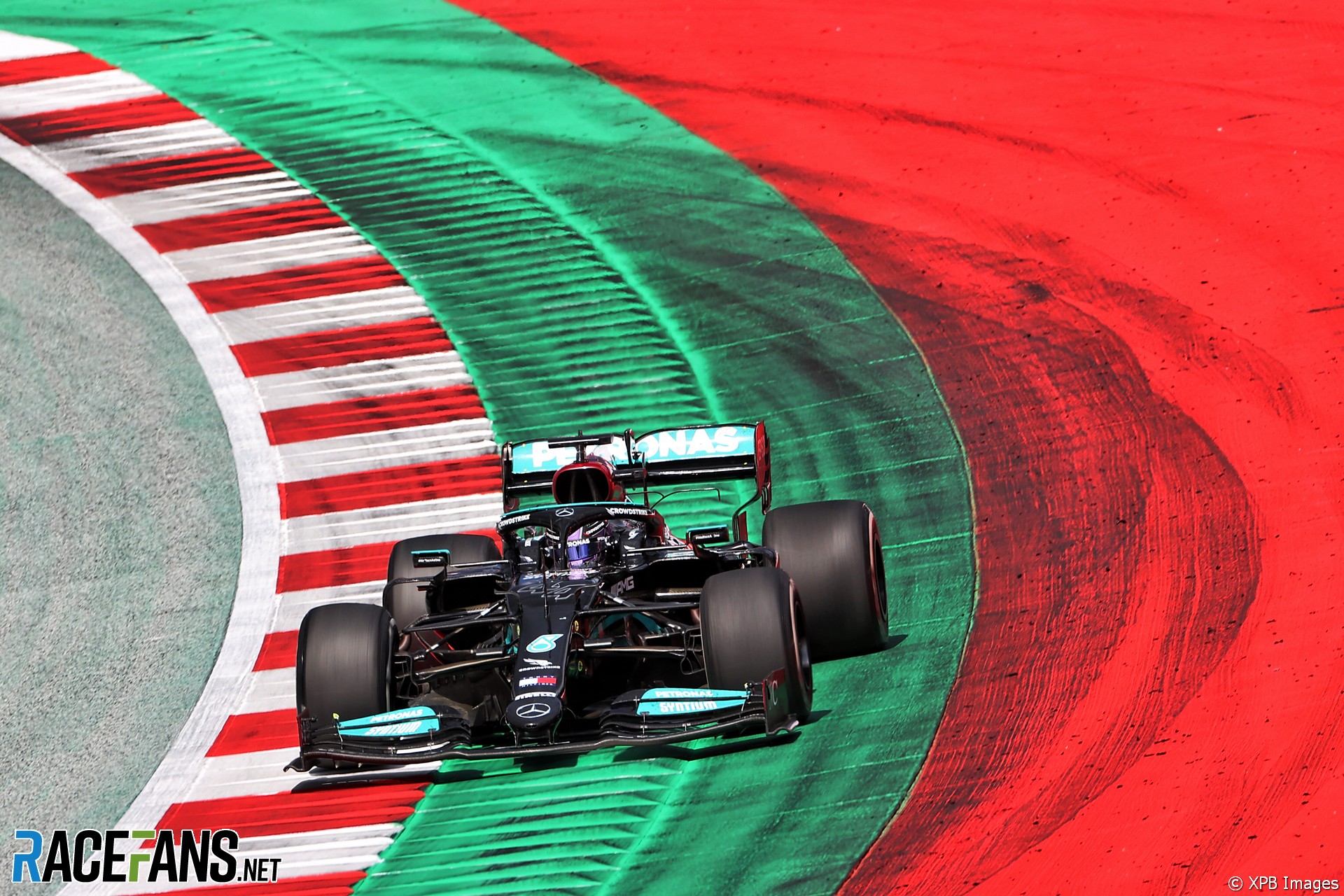 Lewis Hamilton urged his Mercedes team to find more performance from their car after Max Verstappen beat him to victory in the Styrian Grand Prix.

The Mercedes driver fell over 15 seconds behind his rival by the latter stages of the race. He finished 35 seconds adrift after making an extra pit stop in order to fit fresh tyres and score the bonus point for fastest lap.

Having spent the entire afternoon in second place, Hamilton described his race as a “lonely” affair.

“I was trying to keep up with those guys but the speed they have, they’ve obviously made some big improvements over the last couple of the races and are impossible to keep up,” said Hamilton.

“I don’t know where we lose all the time but I think the long runs seem to be a bit better, they seem to be able to continue pulling out those laps.

Following the French Grand Prix, Red Bull rejected Hamilton’s claim the team had introduced a performance upgrade to its engine. The Mercedes driver again suggested their rivals had made gains in that area having brought a new engine at the previous race.

“Naturally they’re faster so there’s not a lot that I can do in that respect, just got to keep trying to do the best that I can each weekend,” he said.