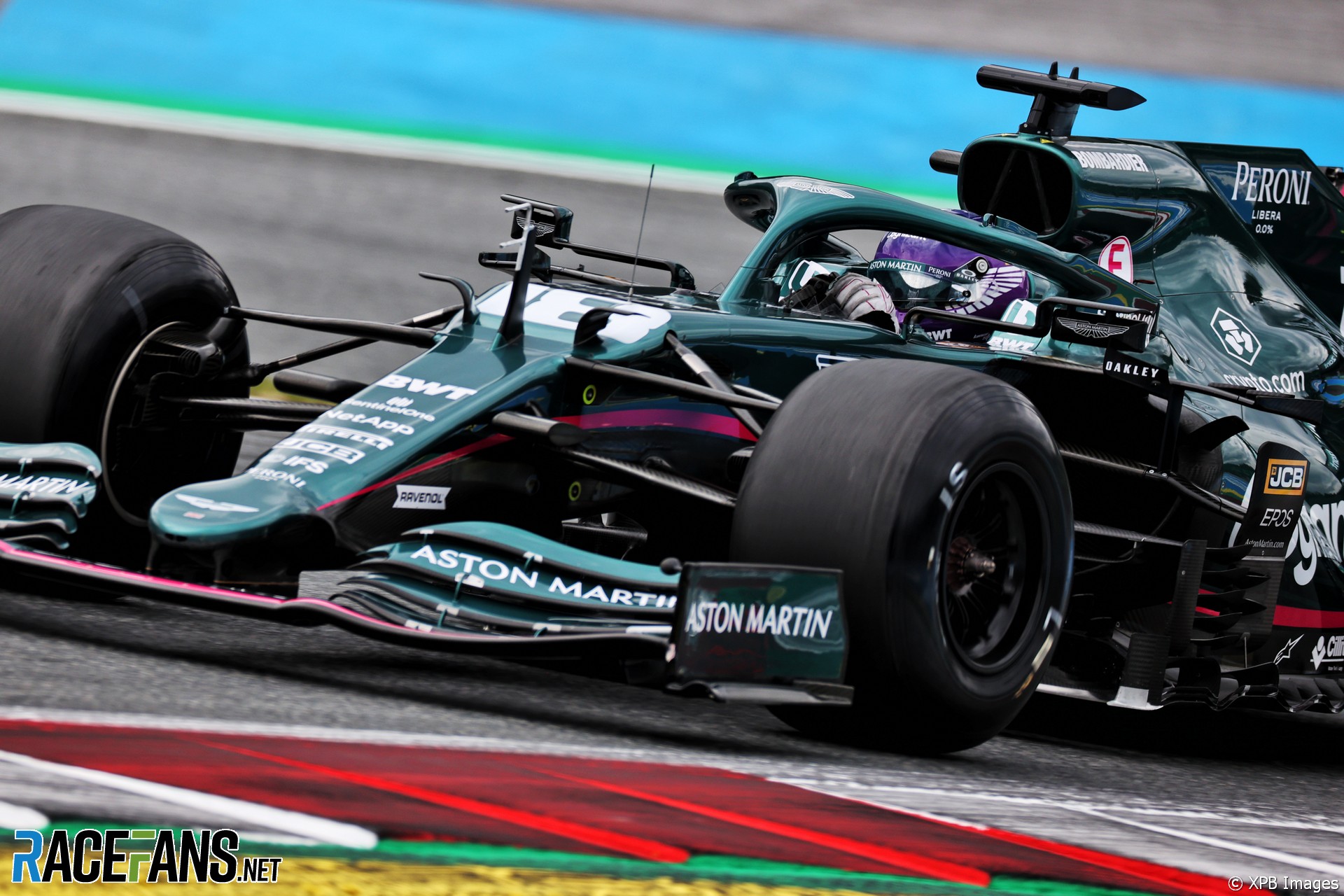 Aston Martin is considering how to improve its colour scheme so it looks better on television.

The team which competed as Racing Point last year switched to a traditional British racing green colour scheme following its rebranding. However CEO Otmar Szafnauer admits there is room for improvement in the car’s appearance in certain lights.

“I think that the green colour suits us, that’s for sure,” he said. “And I think it’s a stunning colour in the sun and when you’re looking at it in person.

“I believe we should be looking at making it pop a little bit more on television without losing the green when you’re looking at it outside.”

The team needs to distinguish itself better from rival cars, some of which have also switched to darker liveries this year, such as the dark blue AlphaTauri and Alpine (formerly Renault) machines.

“I don’t know if we can do that, but that’s one thing that we’re looking to do, just to make sure that it differentiates itself on TV from some of the other darker cars,” said Szafnauer.

As Racing Point, the team previously appeared in the bright pink colour of sponsor BWT. The Austrian water company remains associated with the team, which carries a slender pink stripe on its livery, but Szafnauer said they intend to remain faithful to their predominantly green colour scheme.

“With a name like Aston Martin and Aston being green traditionally we’re growing the Aston Martin Cognizant Formula 1 team, I would think it will stay green,” he said. “Ferrari’s red, Aston will be green.”