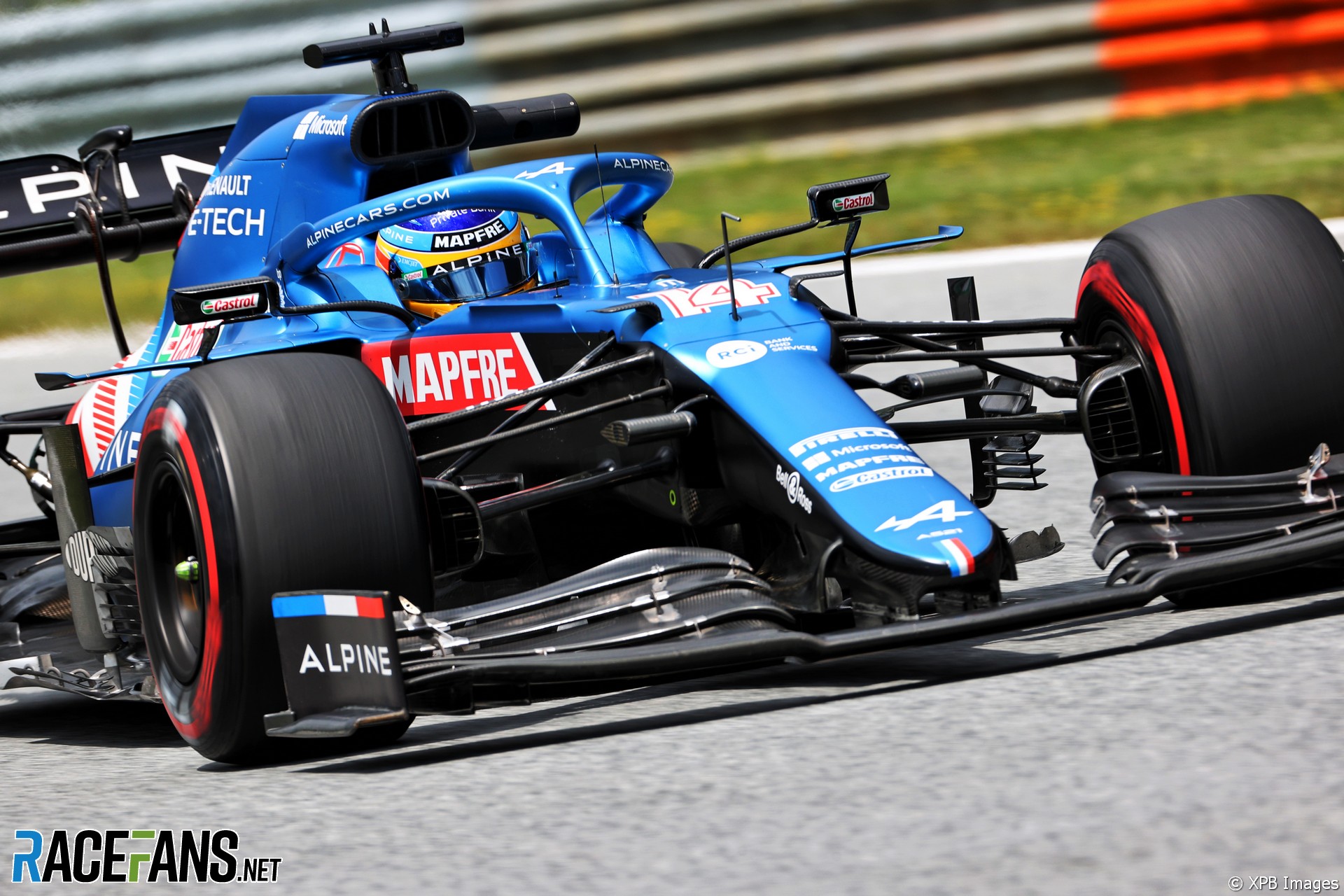 Fernando Alonso has called upon the FIA to improve the policing of Formula 1’s rules after his qualifying was compromised at the Red Bull Ring.

Drivers were told in the race director’s notes for the Austrian Grand Prix they risked being reported to the stewards if they backed off through the final two corners in order to get clear air before a flying lap.

However several drivers did at the end of the second segment of qualifying and Alonso lost out as a result. He was unable to progress to Q3 after catching Sebastian Vettel at the end of his lap. Vettel was penalised over the incident, but two other drivers were investigated and cleared on the grounds that several others had slowed at the same point on the lap.

Speaking before those decisions were handed down, Alonso said the sport’s governing body should take a tougher line on drivers breaking the rules.

“I’m sure the FIA will have to learn as well and police this a little bit better because in the top category of motorsport, you cannot see turn nine and 10 with 10 cars waiting to open the lap at 5kph,” said the Alpine driver.

“I think that has to be managed a little bit better in the top category and be harsh with penalties. This is a consequence of being too soft on penalties.

“Yesterday, I couldn’t make any lap with Raikkonen in the last corner and then one of the Toro Rossos [AlphaTauris] and nothing happened. So even in free practice, we see this is kind of problematic, and there is no policeman on this. So that’s sad.”

Alonso said the drivers involved “rely completely on our engineers and also on the radio” to be informed on who was where on track, and predicted that because so many were involved the FIA would be unwilling to punish all of them.

“The nature of the circuit and the way that the people were slowing down in turn nine and 10, which are written in the notes of the grand prix that you cannot do it is the biggest topic, probably.

“I guess they will not penalise 10 or 12 cars, which is the only way that could change our weekend. So it is an unfortunate situation and and unlucky situation.”

“In football, if you touch [the ball] with the hand in the area, it’s a penalty. So here the rules says that you’re going to not slow down from nine to 10. I don’t know if there are 11 cars, five, two or 16 but whoever did that should at least get some kind of penalty.”