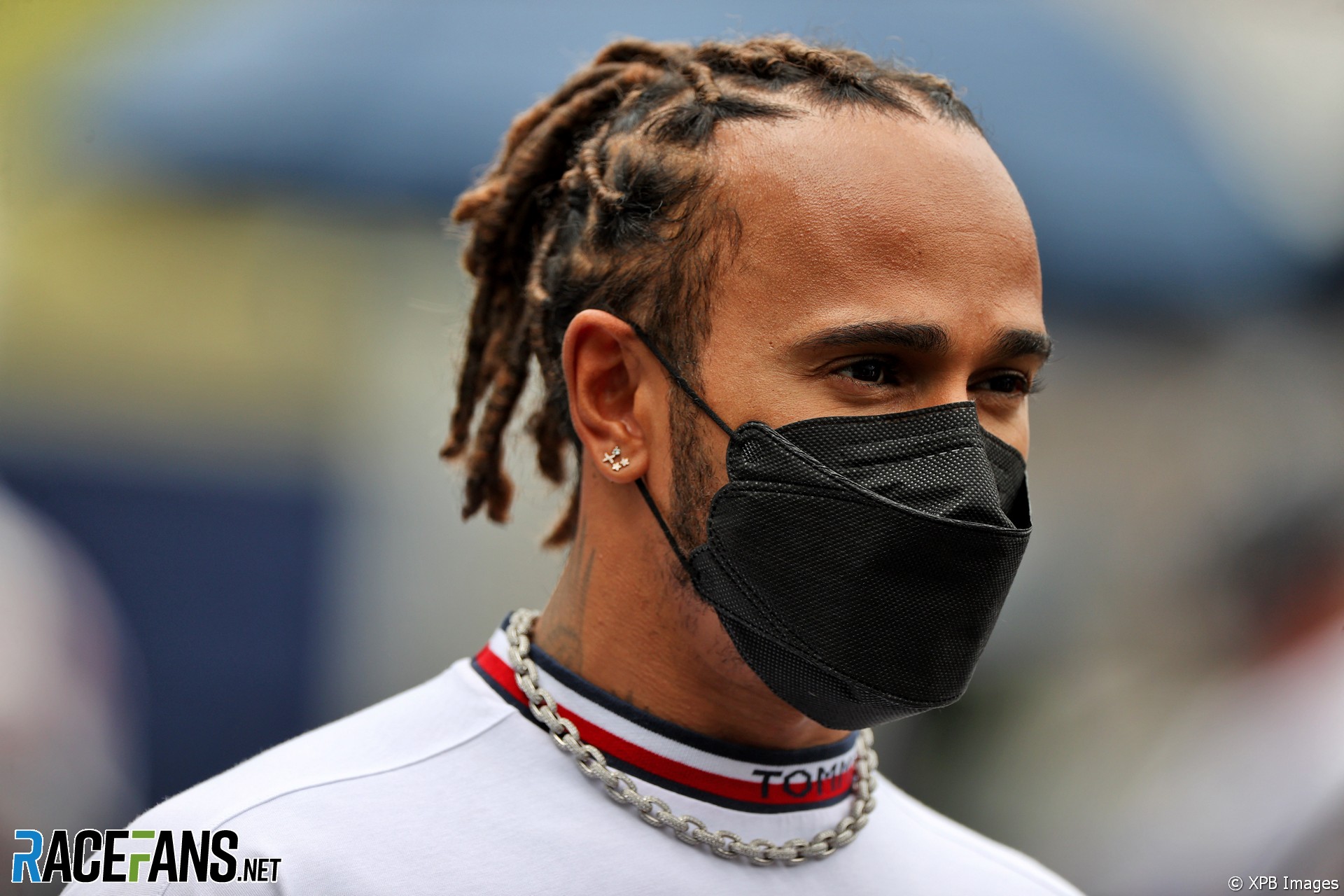 Lewis Hamilton will continue to race in Formula 1 until at least 2023 after signing a new two-year deal to drive for Mercedes.

The seven-times world champion has been with the team since 2013, during which time he has won six world championships, and equalled Michael Schumacher’s record of seven.

“It is hard to believe it’s been nearly nine years working with this incredible team and I’m excited we’re going to continue our partnership for two more years,” said Hamilton. “We’ve accomplished so much together but we still have a lot to achieve, both on and off the track.

“I’m incredibly proud and grateful of how Mercedes has supported me in my drive to improve diversity and equality in our sport. They have held themselves accountable and made important strides in creating a more diverse team and inclusive environment.

“Thank you to all the dedicated and talented individuals at Mercedes whose hard work makes it all possible and the board for their continued trust in me. We’re entering a new era of car which will be challenging and exciting and I can’t wait to see what else we can achieve together.”

Mercedes team principal Toto Wolff said Hamilton is “at the peak of his powers” and “there can be no better driver to have in our team than Lewis.”

Hamilton’s last contract extension, covering the current season, was announced just five months ago. Wolff said they did not want their latest talks to be a distraction from his championship fight with Max Verstappen.

“We are relishing the battle we have on our hands this year and that’s why we also wanted to agree this contract early, so we have no distractions from the competition on track,” said Wolff. “I have always said that as long as Lewis still possesses the fire for racing, he can continue as long as he wants.”

Since making his debut in Formula 1 in 2007, Hamilton has become the sport’s most successful driver. As well as equalling Schumacher’s record of championships, he has surpassed his fellow septuple-champion’s record tallies of race victories and pole positions.

Mercedes is yet to confirm the identity of its other driver for next year. Hamilton said last month he sees no reason to replace Valtteri Bottas, who joined him at the team in 2017. However Mercedes is known to be considering a promotion for its junior driver George Russell, who substituted for Hamilton at last year’s Sakhir Grand Prix.

47 comments on “Official: New deal keeps Hamilton at Mercedes until 2023”