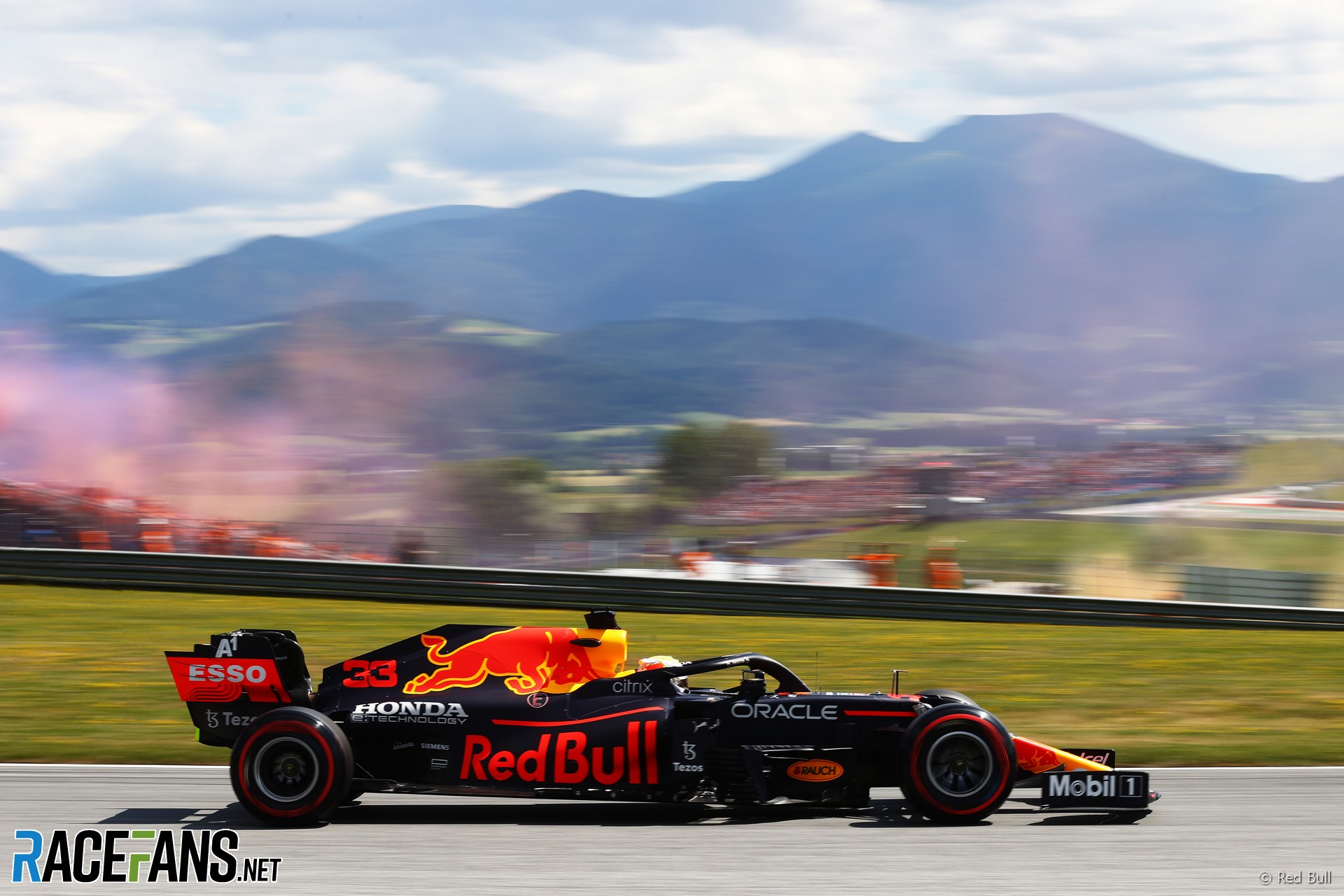 Max Verstappen secured his third pole position in as many weeks by beating Lando Norris in qualifying for the Austrian Grand Prix.

Verstappen secured his fourth pole of the season to the delight of thousands of supporters around the Red Bull Ring. Norris wwill line up alongside the championship leader on the front row of the grid, ahead of Sergio Perez and the two Mercedes of Lewis Hamilton and Valtteri Bottas.

It was another bright, clear afternoon over the Red Bull Ring as qualifying for the Austrian Grand Prix got underway.

Unsurprisingly, the two Haas drivers of Nikita Mazepin and Mick Schumacher were the first onto the circuit as qualifying began, but Mazepin was forced to abandon his initial flying lap after encountering an Alfa Romeo at turn five.

Verstappen set the early pace ahead of the two Mercedes of Lewis Hamilton and Valtteri Bottas. Lando Norris jumped up to second place with an impressive lap, with Fernando Alonso showing a good turn of pace to go third quickest ahead of the Mercedes.

With time counting down, George Russell was at risk of being knocked out until his final effort of the session proved fast enough to see him through and keep his streak of reaching Q2 in every race weekend of the season alive.

Despite losing his best lap time of the session due to exceeding track limits at turn nine, Daniel Ricciardo just managed to avoid an early elimination from Q1 by just scraping through in 15th place.

That meant that the same five drivers who were knocked out in Q1 last weekend at the Styrian Grand Prix were the same eliminated for the Austrian Grand Prix. Kimi Raikkonen was the first driver out in 16th, ahead of Esteban Ocon’s Alpine in 17th and Nicholas Latifi in the second Williams.

The two Haas drivers occupied the bottom of the timing screens, with Schumacher ahead of team mate Mazepin in 19th.

With no drivers opting to venture out in the early minutes of Q2, Red Bull and Sergio Perez took advantage of a clear track to make their first run on the medium tyres, putting in a 1’04.554.

Hamilton was able to best Perez’s effort on his first lap of the session, before Verstappen took his customary top spot after his first flying lap to go over two tenths ahead at the front of the field.

Norris backed up his early pace by going second fastest, while team mate Ricciardo could only manage 14th after his first run, almost half a second slower than the other McLaren.

With three minutes remaining, the two Ferraris of Carlos Sainz Jnr and Charles Leclerc were also both sat in the drop zone and in need of improving their times in 11th and 12th. However, the team chose to send their drivers back out on the medium tyres, rather than opt for softs.

As the chequered flag flew, Alonso’s hopes of reaching Q3 were ruined by Sebastian Vettel who he caught on the approach to the final corner. Vettel failed to cross the line in time to start his lap and the stewards announced they would investigate the incident after qualifying.

Daniel Ricciardo failed to improve by enough with soft tyres to earn progression through to Q3 and was eliminated in 14th, with the two Ferraris unable to do better on their final efforts and resigned to 11th and 12th, albeit with free choice of tyre for tomorrow’s race.

Ferrari’s failure to progress left the door open for George Russell and Williams, who managed to secure their first appearance in Q3 together in tenth, despite using the medium compound tyres.

Verstappen was looking well placed to take the top spot as the final shootout began – and especially so after he claimed provisional pole position by over two tenths after his first run.

Hamilton’s first Q3 effort could only put him third, behind Norris in the McLaren, with Bottas fourth fastest ahead of Perez in the second Red Bull.

Verstappen failed to improve on his own time on his final run, leaving a small window of opportunity for his rivals. Norris came within half a tenth of the Red Bull’s ultimate pace to take second, while Perez jumped up to third behind.

But Mercedes’ hopes of usurping their rivals at the front of the grid were dashed when neither Hamilton nor Bottas were able to better their own positions and were forced to settle for fourth and fifth on the grid.