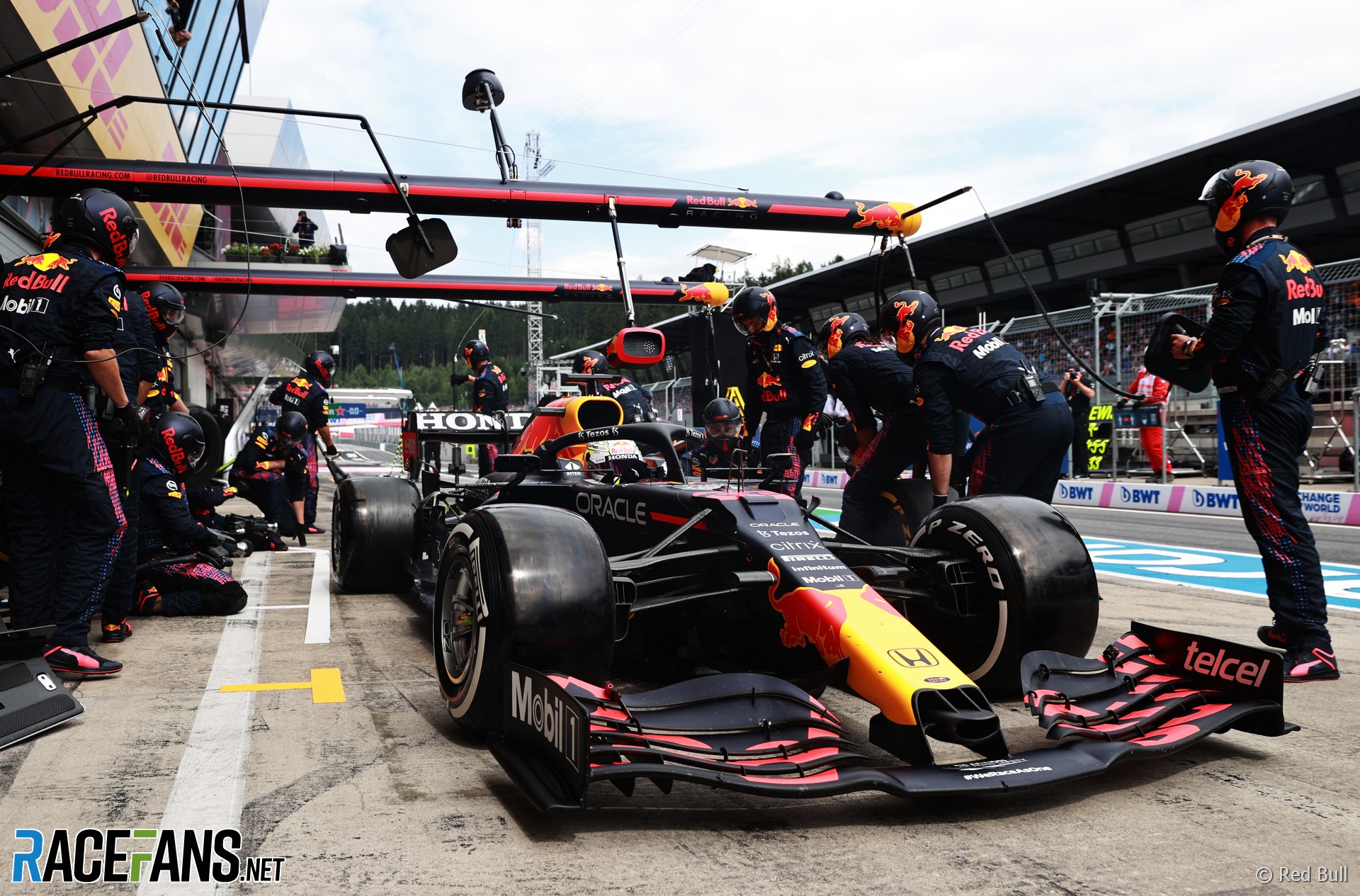 Red Bull brought Max Verstappen in for an extra pit stop during the Austrian Grand Prix as they wanted to minimise the risk of an unexpected tyre failure.

Verstappen lost a likely win in the Azerbaijan Grand Prix last month when he suffered a left-rear tyre failure while leading with five laps to go. Team principal Christian Horner admitted the team pitted him from a comfortable lead due to concerns over his tyres.

“I think that one stops, after Azerbaijan, and when you’ve go a 25 second lead with a free pit stop, why take the risk?” he said.

Verstappen was told on his radio the team had found a cut on one of his tyres after his second pit stop.

“We could see there was a small cut,” said Horner. “It wasn’t significant, but it was enough to catch your attention.”

The Red Bull driver had enough of a lead over second-placed Valtteri Bottas that he was able to make his pit stop without coming under threat of losing his lead.

“The only risk was the stop itself, which the guys did phenomenally,” said Horner. “I had it at just under two seconds, they turned the car around quickly.

“Max did a great job, then bettered his own fastest lap and it just gave us a lower-risk run to the finish. So it was just a prudent thing to do, I think.”

Verstappen said he had no idea one of his tyres had a cut, but was glad the fresh rubber gave him the chance to set the fastest lap and score a bonus point.

“I was not sure they were going to box me for that fastest lap so I was actually quite happy when they called me in,” he said. “And of course they found out the cut but honestly while driving I didn’t feel anything. But better be safe and then I could go for fastest lap so it was perfect.”