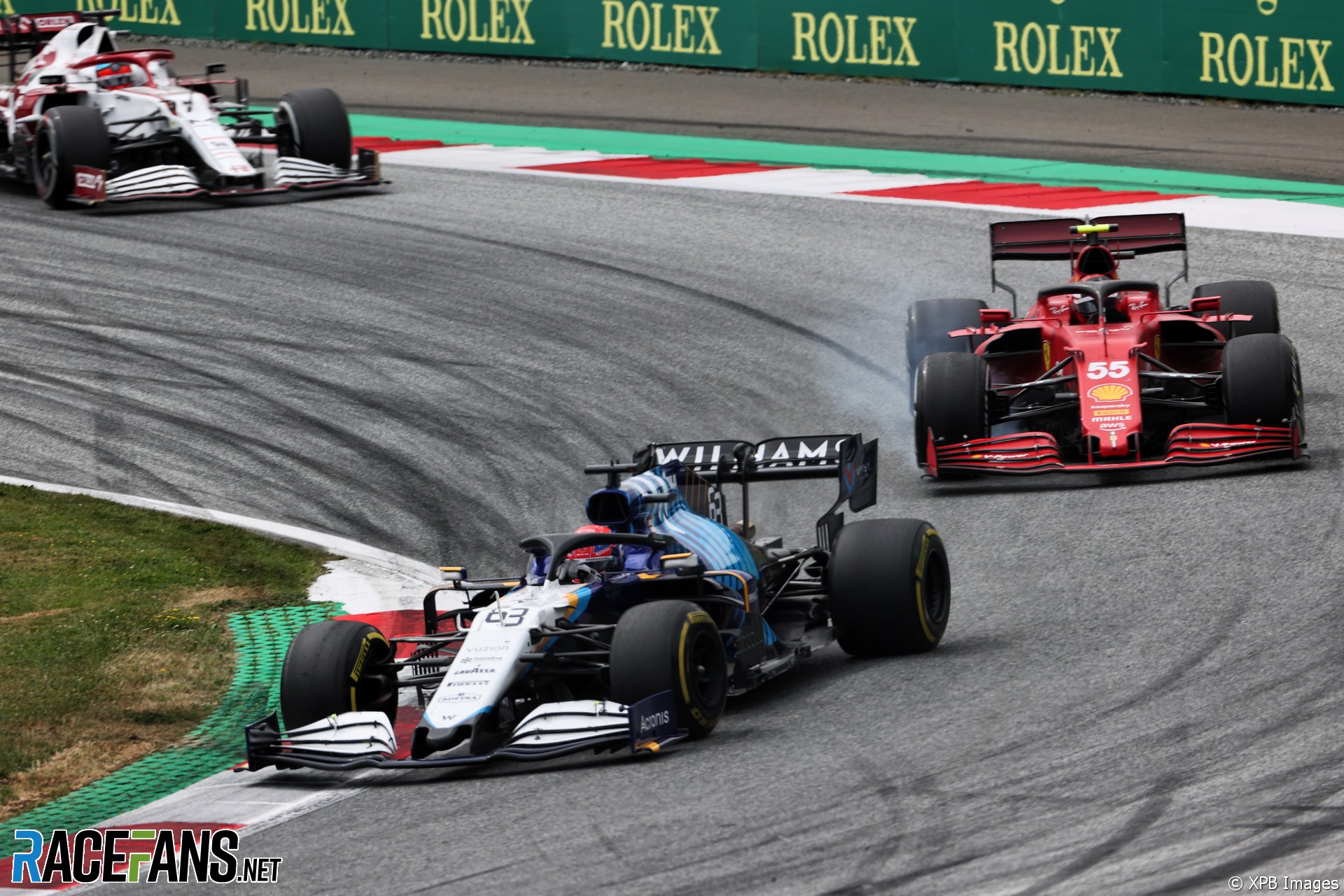 George Russell downplayed any disappointment at failing to score in the Austrian Grand Prix, saying “you get what you deserve” after finishing 11th.

The third-year driver started in eighth place, his highest ever grid position as a Williams driver, but immediately dropped out of the top 10 on the opening lap.

He rose up a few places to get back into a points position, but lost out on scoring Williams’ first point since 2019 when Alpine’s Fernando Alonsopassed him towards the end of the race.

“It sort of reminded me of my junior days when you were battling wheel-to-wheel week in, week out,” Russell said in response to a question from RaceFans.

“I guess the biggest thing was just experience. And getting that feeling doing it in a Formula 1 car is very different with all the downforce and dirty air. So you’re just gaining experience. It feels a bit strange, I’ve been here three years now and I haven’t had that many battles.”

After spending many laps over the past two races at the Red Bull Ring in the top 10, Williams have been encouraged by the pace of their FW43B car. But a power unit problem last time out meant Russell’s 11th place finish in today’s Austrian Grand Prix stands as the best of his season, and joint best of his Williams career, and he was not downbeat about missing that elusive point this weekend.

“Not that disheartened, to be honest, because ultimately you get what you deserve and those guys were faster than us,” he added to RaceFans.

“We did a great job yesterday over one lap but they were inherently that bit faster than us, and were always going to come through.”

The Williams driver was still running in the top 10 with four laps to go when he lost the final points position to Fernando Alonso.

“I did everything I could,” said Russell, “but ultimately the speed Fernando had, he was always going to catch, he was absolutely flying.

“He was unfortunate yesterday, he probably should qualified in the top five and I guess P11 was the maximum today.”

Russell’s final result position may change, as five drivers who finished ahead of him are under investigation for failing to slow for double waved yellow flags. However Russell is also being investigated for an incident involving Kimi Raikkonen.