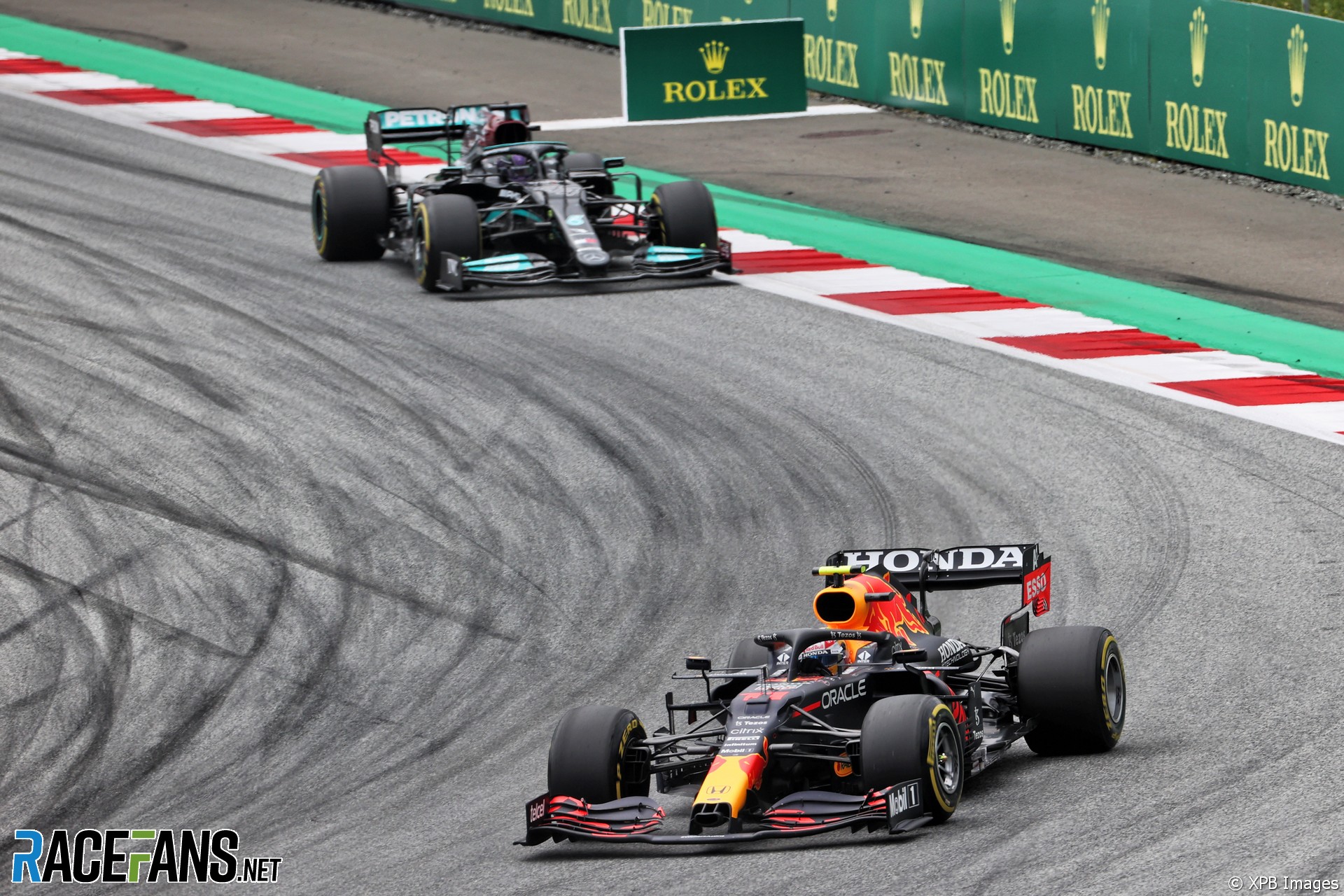 While his team have won the last five races in a row, Horner expects Silverstone will be a strong venue for Mercedes.

“It’s been a really dominant couple of weekends for us,” said Horner after Max Verstappen scored his third consecutive win in the Austrian Grand Prix. “[But] I know now we head to a circuit that has been really very much a Mercedes stronghold for the last seven years.”

Mercedes has won seven of the last nine F1 races at Silverstone. However they and Red Bull shared the spoils in the two events held at the circuit last year: Verstappen won the 70th Anniversary Grand Prix held one week after Lewis Hamilton’s British Grand prix victory.

“Obviously Mercedes have been enormously strong there over the years and Lewis will have the benefit of home support as well so we expect it to be a big challenge,” said Horner.

While Mercedes has credited Red Bull’s recent gains to performance upgrades on their car, Horner indicated changes to the set-up are key to their increased advantage.

“It’s going to be fascinating to see if we can take this form into what is our next home race,” he said. “We’ve certainly found a good working window with the car over the last few races and I think that hopefully we can work within that window at Silverstone.”