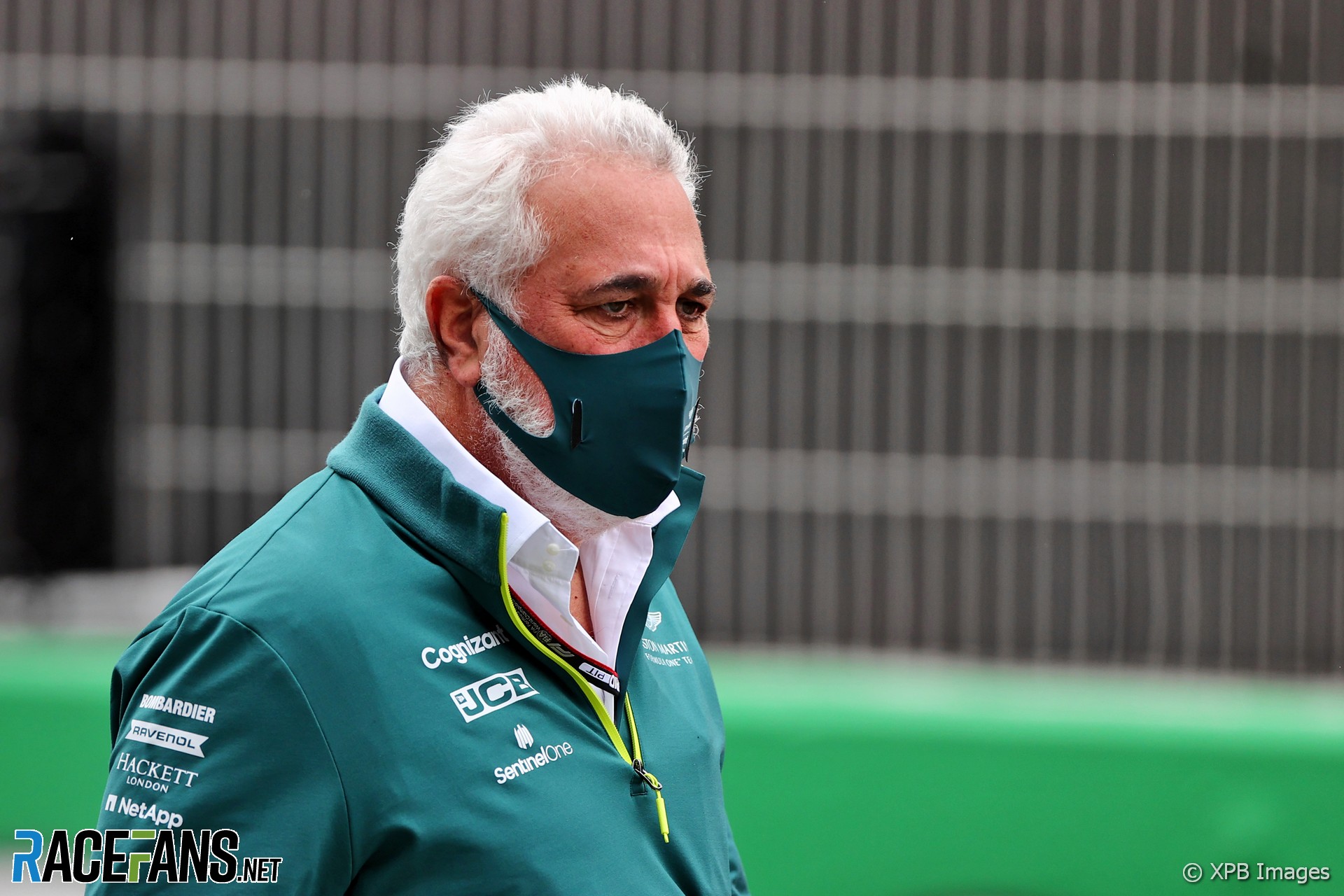 Aston Martin is poised to announce the hiring of another senior team member as it bids to make its technical division second to none in Formula 1.

The team’s executive chairman Lawrence Stroll revealed the forthcoming announcement as part of his drive to double the workforce of the former Racing Point team, which he rebranded this year.

“We announce pretty much almost on a weekly basis now the hiring of brilliant new senior technical and engineering talent. This week we’ll be announcing another very senior member of another team joining us.”

The latest appointment follows the hiring of three senior engineers in the past month, two of which have come from rivals Red Bull. Andrew Alessi has taken over as head of technical operations while Dan Fallows is due to arrive as the team’s new technical director in 2023. Luca Furbatto will arrive from Alfa Romeo as Aston Martin’s new engineering director next year.

The team, known until 2018 as Force India, had one of the smallest workforces in the field when Stroll bought it three years ago. It will be around twice the size once his hiring spree is complete.

“We currently have approximately 500 employees,” said Stroll. “When I took over Force India we had approximately 400, we’ve grown by about 100. And it’s not just quantity, it’s quality.

“In Formula 1 it takes time to get people: contracts, garden leaves, et cetera. But in the near term, we plan to push that number to approximately 800 people.”

However he denied a replacement for the team’s CEO Otmar Szafnauer is among his intended hires.

“We have not been looking for a new CEO to run the team,” said Stroll. “We are looking for just about every other position, in terms of going from the 500 people we currently have to the 800 people.

“But we will always be looking to strengthen anywhere that we can. And we’re getting a tremendous amount of people applying for positions. We never had this luxury before we became Aston Martin.”

While Stroll had not yet seen the report at the time of the interview, shortly after its publication, he stressed the team’s commitment to offering equal opportunities.