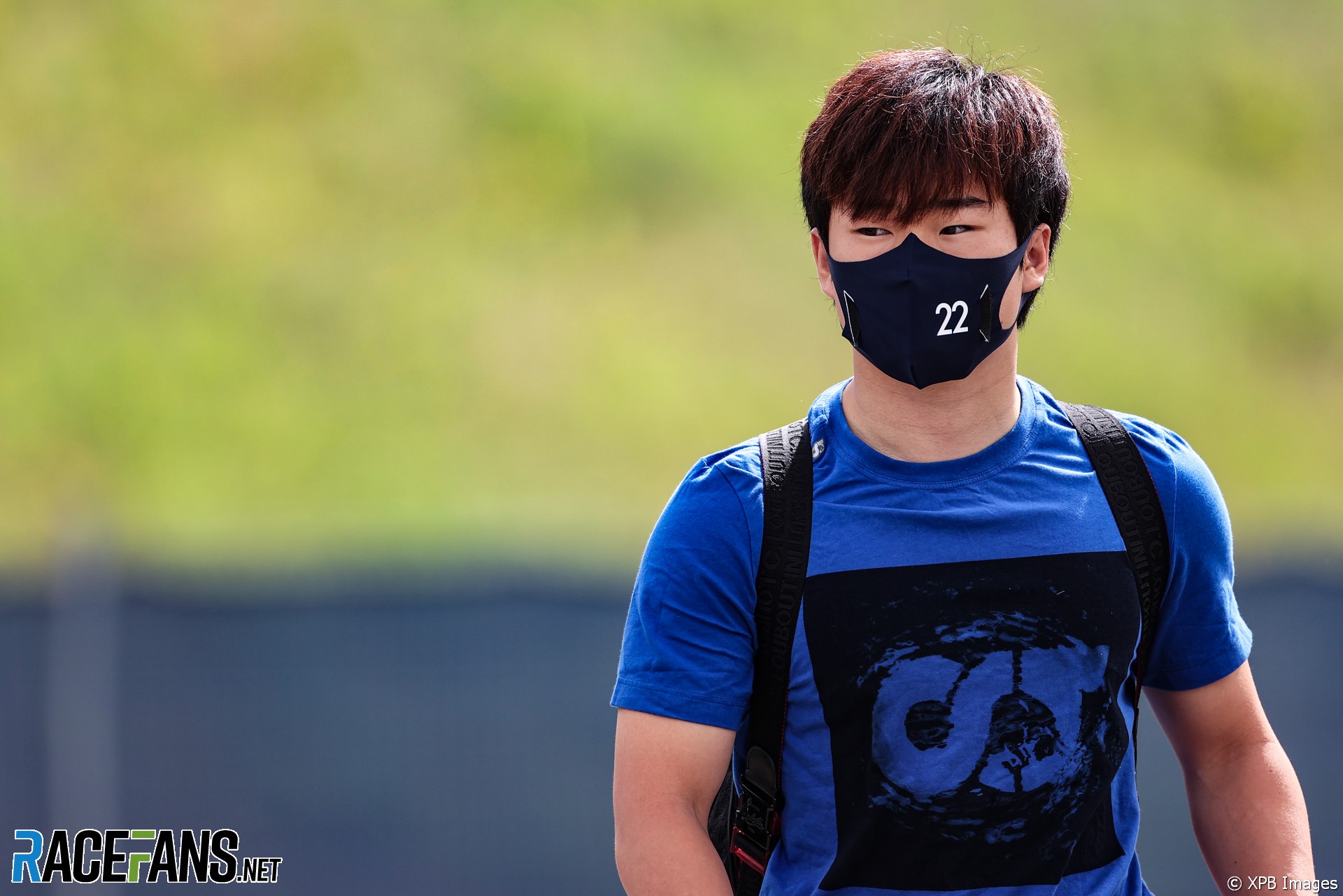 In the round-up: Yuki Tsunoda says he won’t be able to build up steadily to qualifying as he has in recent races due to this weekend’s altered format.

After a series of crashes during qualifying at Imola, Baku and Paul Ricard, Tsunoda revised his approach to build up his one-lap pace more gradually over three practice sessions. However the introduction of Sprint Qualifying for this weekend’s race at Silverstone means drivers will only have one session to prepare themselves.

The rookie driver is concerned about the affect that will have on his race weekend.

“Now we come to Silverstone and I have good memories from last year, when I came third in the Formula 2 feature race,” said the AlphaTauri driver. “And, like the Red Bull Ring, it is a track that I have driven at quite a lot, going back to when I was in F3.

“That’s all positive, but the downside at Silverstone, given I have never driven a Formula 1 car there before, is that we only have one free practice session before qualifying, as this weekend we try the ‘Sprint Qualifying’ race on Saturday.

“It means that the new approach I started to use in Austria will not work so well this time. I expect that having to perform well in qualifying immediately after FP1 is going to be tough.

“It will be quite difficult, but I will still try and speed up step-by-step again, like in Austria. But the sprint race is something new for everyone. We must also think that we can make set-up changes between FP1 and qualifying, but after that we can’t really change anything. I think it is going to be quite a challenging week for everyone, but I will just focus on myself and on being as well prepared as possible.”

Sergio Perez is wary of a possible resurgence from Mercedes this weekend as Red Bull’s rivals bring new parts for the British Grand Prix.

“I saw Mercedes talk about upgrades so I’m sure they will be very strong this weekend,” said Perez. “We will of course try our hardest as well and hopefully we will be able to come back up on top.”

He said Red Bull have been hard at work to master the nuances of the new Sprint Qualifying format.

“It will be interesting to see the new race format for Formula 1 too. As a team we have put in a lot of effort to understand the new race format, a lot of preparation and practice has gone into this weekend. It will be very different for everyone, it’s definitely exciting and I hope that the hard work pays off.”

“For many years, Kazunori Yamauchi has pushed the limits on the software side and played a massive role in making simracing popular,” said Thomas Jackermeier, CEO of Fanatec owner Endor AG.

“Now we have joined forces with the shared goal to continue to merge virtual and real-world racing together. We have several exciting projects in the pipeline and I can’t wait to see how they perform in Gran Turismo.”

The first British GP I won’t go to in about 10 years is the first one I’ve got an F1 livery running, typical. 😂🙃

"British GP bosses say this weekend's race is a 350,000 sell-out and have warned ticketless fans to stay away."

"To be honest, the Sprint Qualifying that we are doing, and the race afterwards then with the parc ferme in between, I see it a bit like a red flag after 30 minutes, which (we’ve) experienced many, many times where you can also not touch the car."

"After being barred repeatedly from whites-only racing events, Wiggins became a leading light of the parallel Colored Speedway Association and won the prestigious annual Gold and Glory Sweepstakes four times between 1926 and 1935. Wiggins will be inducted into the Automotive Hall of Fame on Thursday July 22 in Detroit."

I just don’t know who benefits from this game. Maybe they’re waiting for Bottas to secure that seat at Williams (?) so he doesn’t get bombarded with pity and scornful comments, other than that, it’s just dumb to not just announce Russell.

On the other hand, if that seat really isn’t George’s yet, Toto should be sacked and George should be smacked for remaining so loyal to them while he’s wasting away at the back of the field for years. This promotion is two seasons overdue.
@Aiii