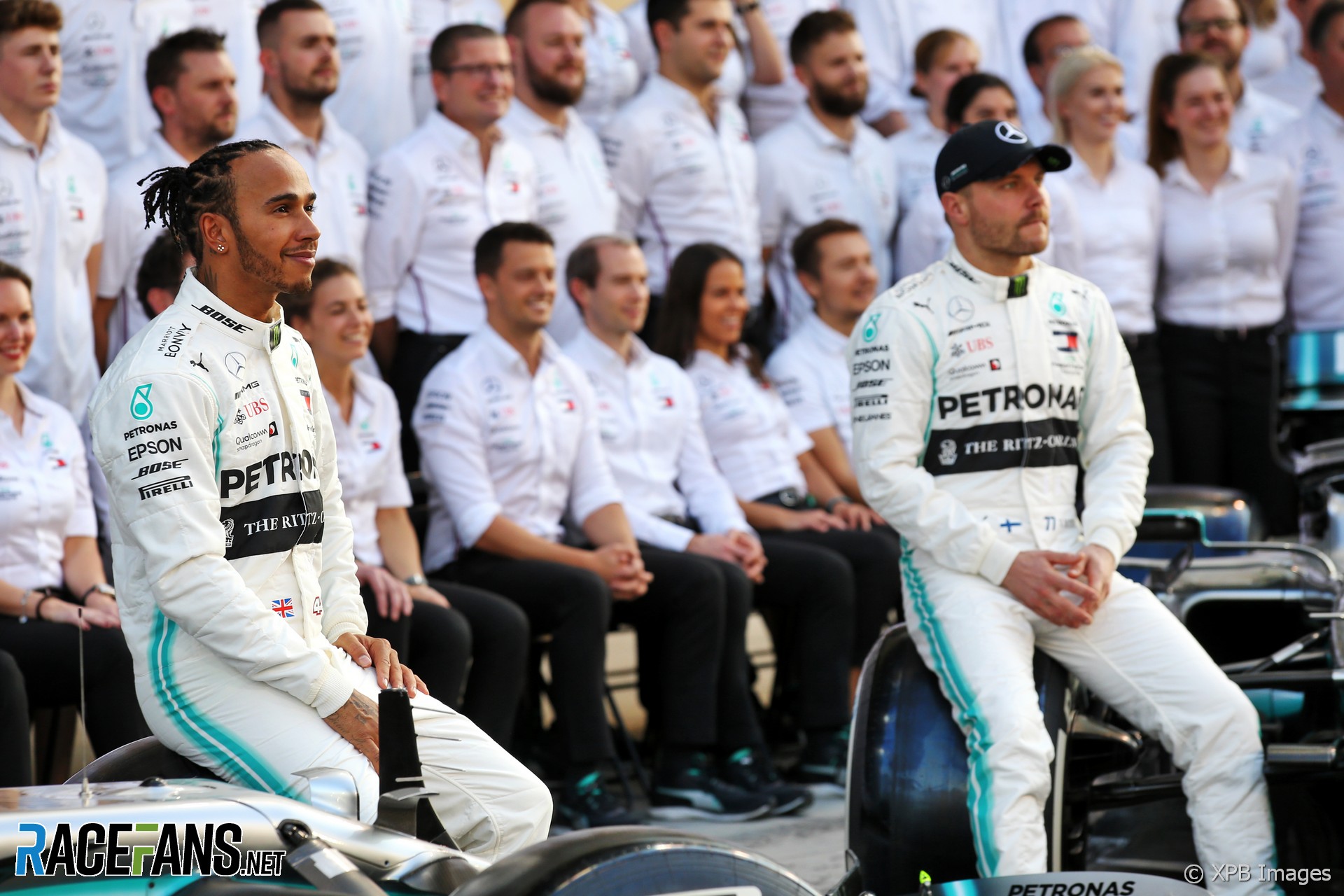 Timing is, in Formula 1, everything – so the release of The Hamilton Commission’s report into diversity in (UK) motorsport in the run-up to the seven-time Formula 1 world champion’s home race could hardly have been better. That publication follows the abhorrent displays of unadulterated racism in the wake of Britain’s Euro 2020 loss to Italy on Sunday at Wembley.

Even the most cursory scroll through the 180-page report shows how much time, effort and expense has been expended on a project that is clearly extremely near and dear to seven-time champion Lewis Hamilton, who has been at the forefront of calls for diversity in Formula 1 since he first formally joined the sport in 2007. Indeed, a case could be made that it was his calls that last year galvanised F1 as a whole into diversity action.

The rollcall of respondents is as comprehensive as it is remarkable – the list of names, most with pre- or suffixes, runs to around 150 – while the credentials of commissioners cannot be faulted, comprising diversity advocates, trustees, professors and academics and Lewis’ former McLaren team principal Martin Whitmarsh, a man as balanced and measured as few have been in F1.

Diverse the group certainly is, and dedicated to the ideals of the commission its members most certainly are.

The presentation of the report, titled “Accelerating change: Improving Representation of
Black People in UK Motorsport” is also well up to standard, with Hamilton’s trademark purple hue familiar to most from his helmet livery used to highlight excerpts, while the (purple) logo reminds of both his “Hammer time” symbol and an internal combustion piston. Impressive stuff.

The purpose and scope of the commission, co-chaired by Sir Lewis Hamilton MBE and Dr Hayaatun Sillem CBE, Chief Executive of the Royal Academy of Engineering, is clearly spelt out in the opening sentence of the report: “The Hamilton Commission will seek to improve the representation of black people in UK motorsport.”

The report further states: “For the purposes of this research the term black people includes Black African, Black Caribbean, Black British and those with mixed heritage Black African or Black Caribbean backgrounds,” before adding “…it was felt that a specific focus on the experiences and representation of black people in motorsport will ensure a tight set of recommendations and actions.

“[Only] where no data exists specifically on black people, the commission will make use of data on broader minority ethnic groups.

Recommendations, divided into three main categories – support and empowerment, accountability and measurement, and inspiration and engagement – include:

F1 teams and other motorsport [in the UK] broaden apprenticeships to provide alternate pathways, and increase work placement and experience schemes

New approaches to increase the number of black teachers of science, technology, engineering and mathematics (STEM) be piloted

Does the report go far enough? By its definitions and ambit the Hamilton Commission concerns itself solely with representation of a single ethnic group living in a specific country. While its net includes the wider motorsport sector, the report references F1 128 times despite the sport being globally regulated by the FIA, whose statutes prohibit any form of discrimination on whatever basis.

This is the body that, forget not, founded a Women in Motorsport Commission in 2010 – albeit almost five years after its two-wheeler equivalent FIM established its Women in Motorcycling movement – and last year donated €1m to a diversity fund.

“The FIA is guided by the fundamental principles of our statutes which state we should fight any form of discrimination, notably on account of skin colour, religion, ethnic or social origin,” said FIA president Jean Todt a year ago. “We must promote diversity in motor sport, and that is why we decided to give €1m in contribution to a new dedicated foundation created by Formula 1. That is a first step, and more will come.”

That said, in its 117-year history the FIA has only ever been presided over by an elderly European male. History could well be made during presidential elections scheduled for December this year – Mohammed bin Sulayem from the United Arab Emirates has announced his candidacy – but during the recent FIA conference in Monaco the pointers were that current vice president for sport Graham Stoker will carry the vote later this year.

In its findings the Hamilton report states: “This work will only examine challenges around STEM and the motorsport industry specific to the UK, but we hope where possible, the recommendations and actions from the research will be replicable internationally.” The premise, though, assumes there is a global ‘fits-all’ solution, which there patently is not.

For example, there are currently seven Formula 1 teams in the UK, two in Italy and one in Switzerland. Under current UK employment laws non-British citizens may not work in any of the teams lest some extremely stringent requirements are met. The remaining three teams are based in countries with similarly restrictive laws. Two of these are situated in European Union countries, and thus able to recruit EU citizens.

Thus, 70% of F1 employment opportunities are open to British workers regardless of their ethnicity, 20% to European Union passport holders and 10% to Swiss citizens – with few exceptions. It follows that nationals from around 170 countries are excluded from working in the sport they love purely on politico-economic grounds, regardless of colour, unless they have access to the ‘right’ passport.

As a South African with no ancestral rights my F1 journalism career, too, hinged on a spousal visa, one which enabled me to reside in the EU and later apply for citizenship there. Ten years ago I undertook a survey of “non-European nationals” working in F1 with a view to contributing an “anybody can work in F1” feature to a foreign publication.

I interviewed around 40 F1 employees – both paddock and team-based workers – born in non-European countries, mainly African, but the mix included Australian, Asian and Russian contingents – and with the exception of a few highly qualified individuals on ‘scarcity’ work permits I failed to identify a single F1 employee working in the sport and travelling only on a ‘foreign’ passport unless contracted to an off-shore entity. The rest of the ‘foreigners’ all held ancestral or spousal visas or dual nationalities.

I quickly realised that the feature would, if anything, prove precisely the opposite of that intended – namely that ‘not everybody can work in F1’ – so I called the commissioning editor and we canned it. Teams pride themselves on the number of nationalities they employ, yet statistics can deceive.

Against that background British and European citizens, including members of minority groups, are fortunate in at least having a shot at F1; a Congolese student, for example, has zero chance of working in one of 4,000 small and medium enterprises which comprise Britain’s motorsport ‘cottage industry’.

That, more than any other factor, is why the report “estimates the proportion of black people in Formula 1 to be less than 1%.” Provide more opportunities for holders of African, Indian or Asian nationalities, and the mix will change dramatically.

The report makes a very good point by calling on the FIA “to add an exemption to [F1’s] cost cap that would exclude the salaries of new apprentice recruits from capped spend to encourage teams to take on new apprentices and provide training to young people”. But the fact is that in 70% of instances this would apply only to British nationals. Yet F1 is officially a world championship.

None of these points are aimed at trivialising the numerous findings in the meticulous report, rather to highlight the blatant inequalities that exist across global motorsport yet are excluded from the ambit of the commission. If anything, such employment restrictions devalue any motorsport world championship by excluding 75% of global citizens – regardless of ethnicity – from participating.

Equally, the report highlights the costs of competing in motorsport, citing annual budgets for karting at national level of around £30,000, per year. Whilst out of reach for most families, such figures are beyond comprehension for population groups outside of strong currency regions. If such budgets “are accessible to only the most affluent in [UK] society”, consider the obstacles faced by budding karters in emerging regions.

The Hamilton Report concludes that “Formula 1 is a no-compromise sport. Teams are fiercely competitive, and they only want to recruit the best. But this notion of what they consider to be the best is challenged in this report.

“Recruitment of engineering graduates from a small cluster of the UK’s highest ranked universities will no doubt result in highly mathematically able engineers, but these graduates exist elsewhere in the university sector.

“It is likely that graduates from black, lower socio-economic backgrounds will have demonstrated substantially higher levels of grit, resilience, and determination to achieve what they have achieved, compared to many of their more affluent white counterparts.”

That premise cannot and should not be challenged, but nor can the premise that these traits can apply equally to ethnic minorities from countries other than only Britain, and hence the need for the scope of the Hamilton Commission to be widened beyond Britain in order to investigate the considerable disadvantages and challenges faced by folk born outside of F1’s traditional heartland or Italy.

Understandably Lewis, as a Briton, is concerned by the situation in his own country and as such sponsored a study that is far wider and more comprehensive than most in the sport had envisaged, let alone imagined. Indeed, any cynicism that may have existed when he announced the establishment of the Hamilton Commission was rapidly allayed by its contents. For that he – and the commission – deserve none other than unbridled respect.

However, clearly the vast number of issues identified by the Hamilton Commission extend well beyond the UK and into the wider world of motorsport, but due to the various realities spelt out above many of the recommendations and actions from the research will not “be replicable internationally”, as the report had hoped.

Hence an urgent need for a comprehensive global study on all motorsport employment opportunities, rather than one focussing on diversity issues in a single country. For that reason alone the Hamilton Commission report, meritorious as it obviously is, does not go far enough.