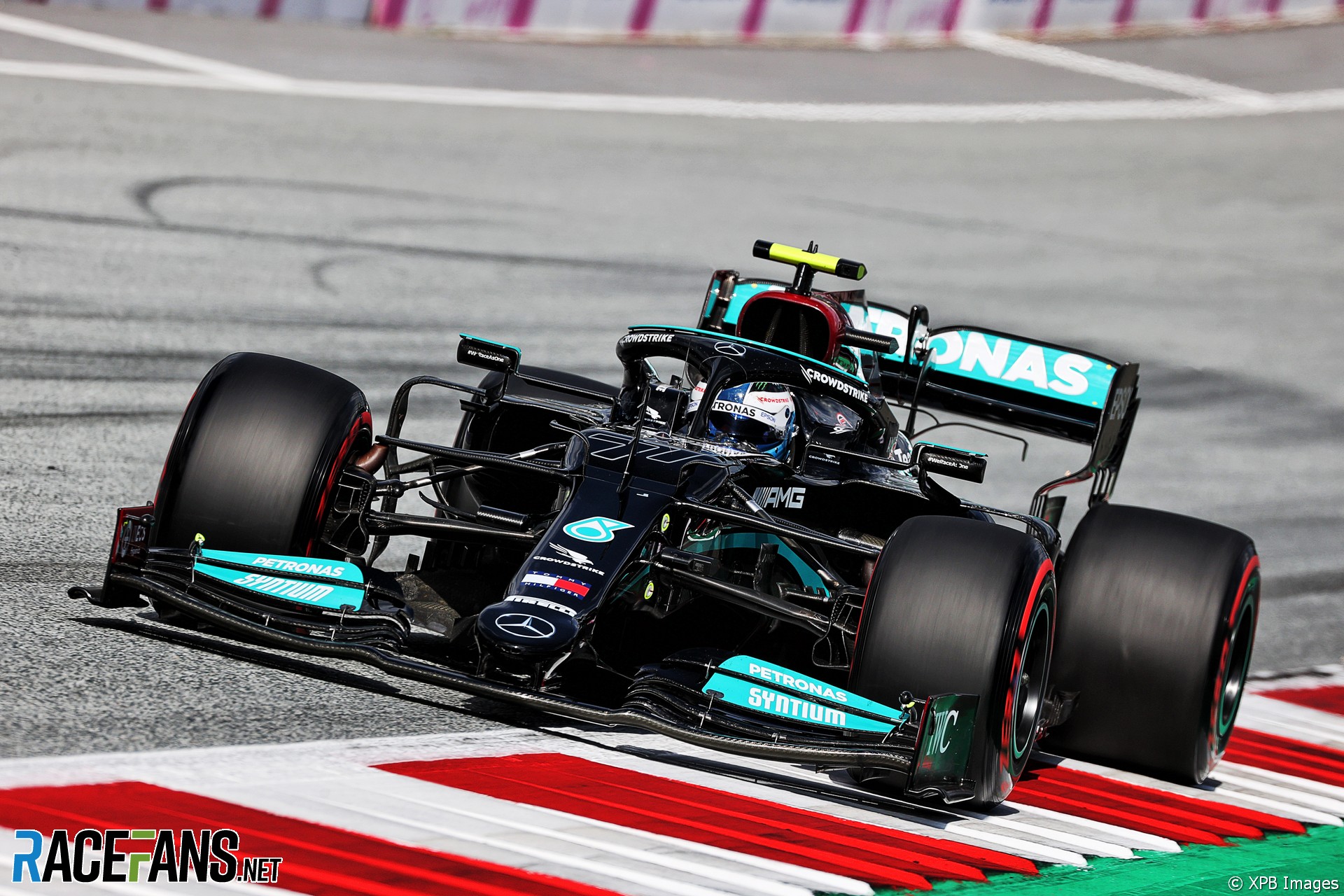 Valtteri Bottas is hopeful that Mercedes’ package of upgrades for the British Grand Prix will bring its car’s performance closer to Red Bull’s.

Mercedes has not taken a pole position for five races, its last coming at the Spanish Grand Prix. Red Bull has also won all of the last five races.

Mercedes has brought an upgrade package to the British Grand Prix including several new aerodynamic parts. Bottas said should make some difference to the speed deficit but admitted “I can’t put a direct number on it.”

“It’s not that huge,” he said. “It’s nothing small. We’ll see. Obviously tomorrow we’ll see how fast the car is over a single lap.”

Lewis Hamilton took pole position for Mercedes at last year’s British Grand Prix with a margin of 1.022 seconds over Max Verstappen. Bottas said that, realistically, that feat would be irreplaceable even with the upgrade.

“I feel like this year is, for sure, a bit different. With Red Bull, they’ve been quick everywhere, no matter which track so far this year. So we’re definitely not expecting to come in here and suddenly we’re going to be on top.

“But of course, we would like to think that we’re hopefully in better form than we were in Austria and we have some new bits in the car. Hopefully that will bring us closer to Red Bull.”

“I don’t think we’re going to be on pole by one second like last year,” he added. “But I hope we can fight for the pole.”