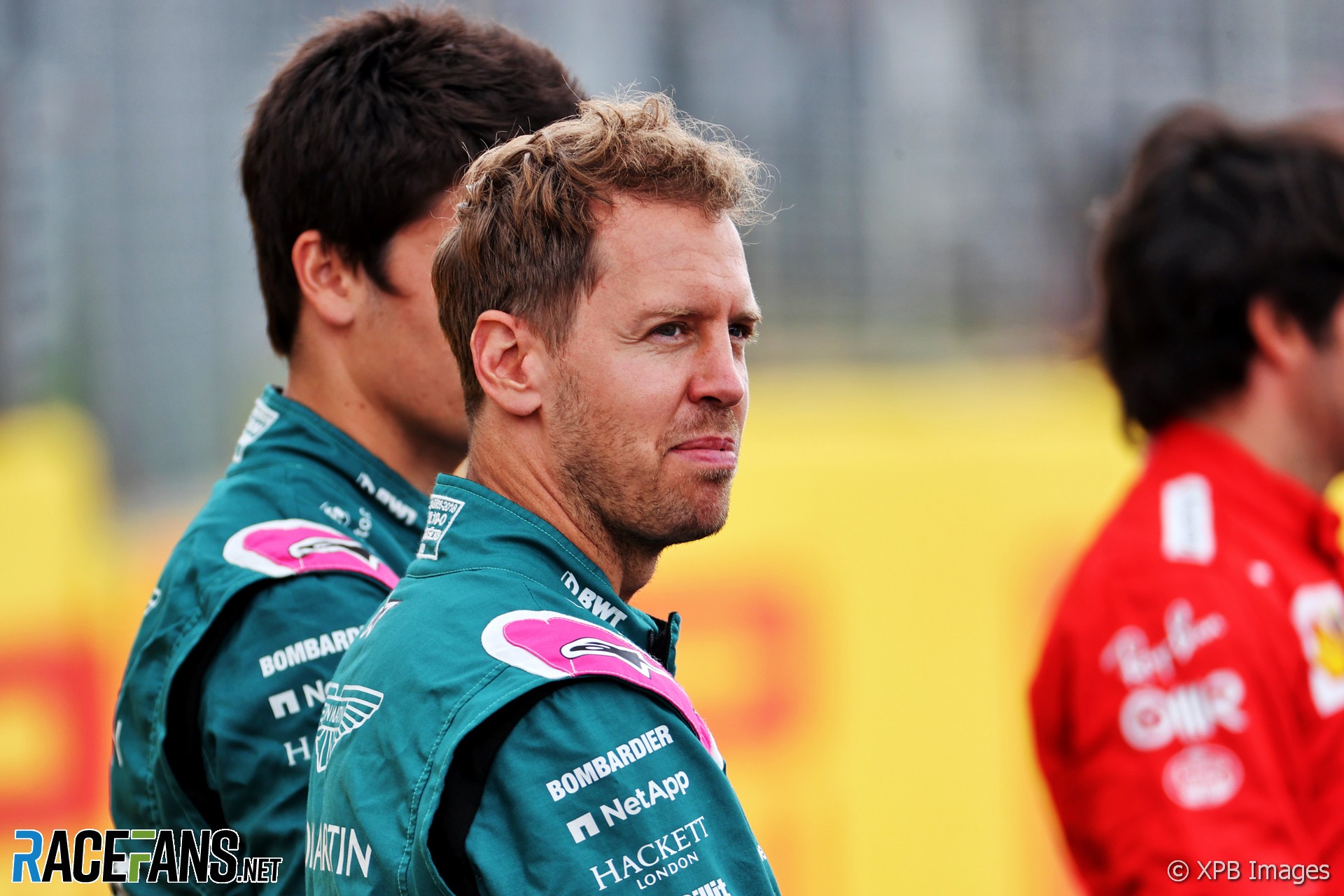 Sebastian Vettel doesn’t agree with Formula 1’s decision to name the winner of its new Sprint Qualifying race as the official holder of pole position for the race weekend.

Formula 1 is holding its first Sprint Qualifying event this weekend. A regular qualifying session will be held on Friday to decide the starting grid for Saturday’s race, but Formula 1 has stated the driver who leads the field will not be considered the pole position winner. Instead the driver who wins the Sprint Qualifying race, which sets the grid for the grand prix, will be named as the pole winner.

The Sprint Qualifying format is being used at three rounds of this year’s championship, starting with this weekend’s British Grand Prix.

“Obviously it depends,” Vettel continued, “if this is a one-off then it doesn’t do much harm, but if we end up having 10 sprint races next year or in the future than I think it’s just a bit weird. Pole position should go to the guy who goes fastest in one lap.”

He believes F1 should have come up with a different name for the winner of its new Saturday race.

“It’s a new discipline, they didn’t have it 50 years ago and now we have it,” he said. “So then you just add a new column to the statistics.”

Vettel was critical of the Sprint Qualifying proposal before its introduction was confirmed. Now it is going ahead, he is prepared to give it the benefit of the doubt.

“It will be interesting to see [whether] people will like it or not,” he said. “I think the main event always has to be Sunday otherwise there’s no point hanging around until Sunday we can just go home or finish the weekend Saturday night. We’ll see how it goes, I think it’s the first time so let’s give it a go.”

“I’m fairly open because it is what it is,” he added. “It won’t change no matter what we say. We’ll se, maybe it’s really good. I think generally it’s fine to be open about it.”