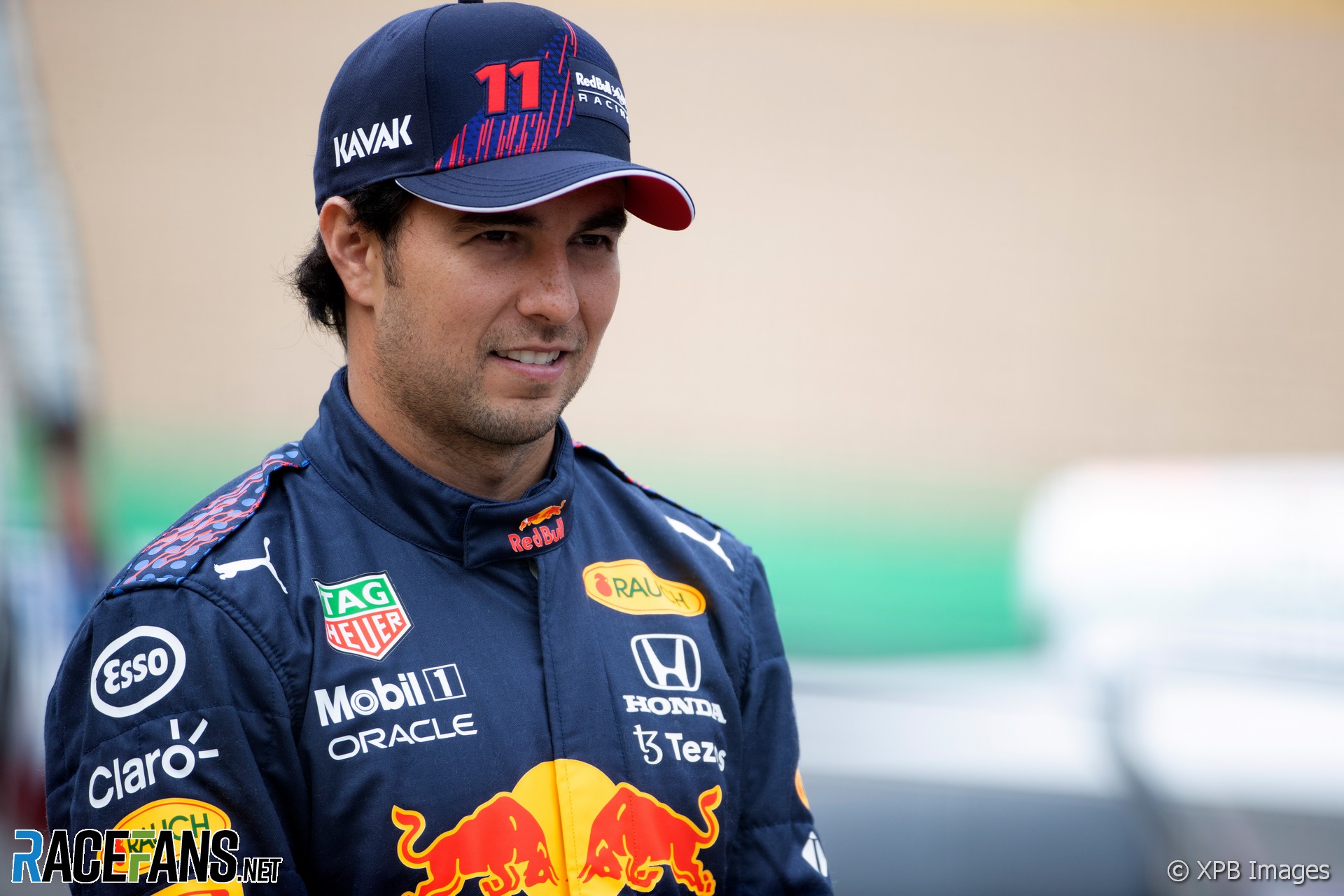 Sergio Perez says he has “reset” ahead of this weekend’s race following a difficult Austrian Grand Prix, where he collected two penalties and finished sixth.

The Red Bull driver tangled with Lando Norris early in the race, losing several places when he went off-track. He then clashed with Ferrari’s Charles Leclerc, earning two penalties for separate incidents.

Perez felt at the time it was essential for his race chances to make his move on second-placed Norris.

“With Lando I saw the gap, I went for it, it didn’t work out the way I hoped it would,” said Perez. “But I had to go for it, he would have [messed] up my race.

“In hindsight if I had waited more probably I could have got him later and so on, so the result would have been a lot better.”

While Norris was penalised for that incident, Perez’s clashes with Leclerc earned him a pair of penalties, one of which he felt was more justified than the other.

“With Charles it was a bit too close,” he admitted. “I regret the first one, the first incident with him into turn four because we were just too hot with everything – brakes, tyres. So I should have avoided touching with him on that first one. So that one was probably fair to get the penalty.

“But the second one there was not much I could do because I’m pushing and I lost the car in the middle of the corner and eventually the run-off finishes there. So it was a very bad race from my side.”

The Azerbaijan Grand Prix winner is keen to put that behind him ahead of this weekend’s race at Silverstone, which he did not race at last year after testing positive for Covid-19.

“I have reset from it, taken the positives which was the pace in qualifying and also the pace in the race in free air and so on,” said Perez. “I just hope this weekend we can have a much better one.”