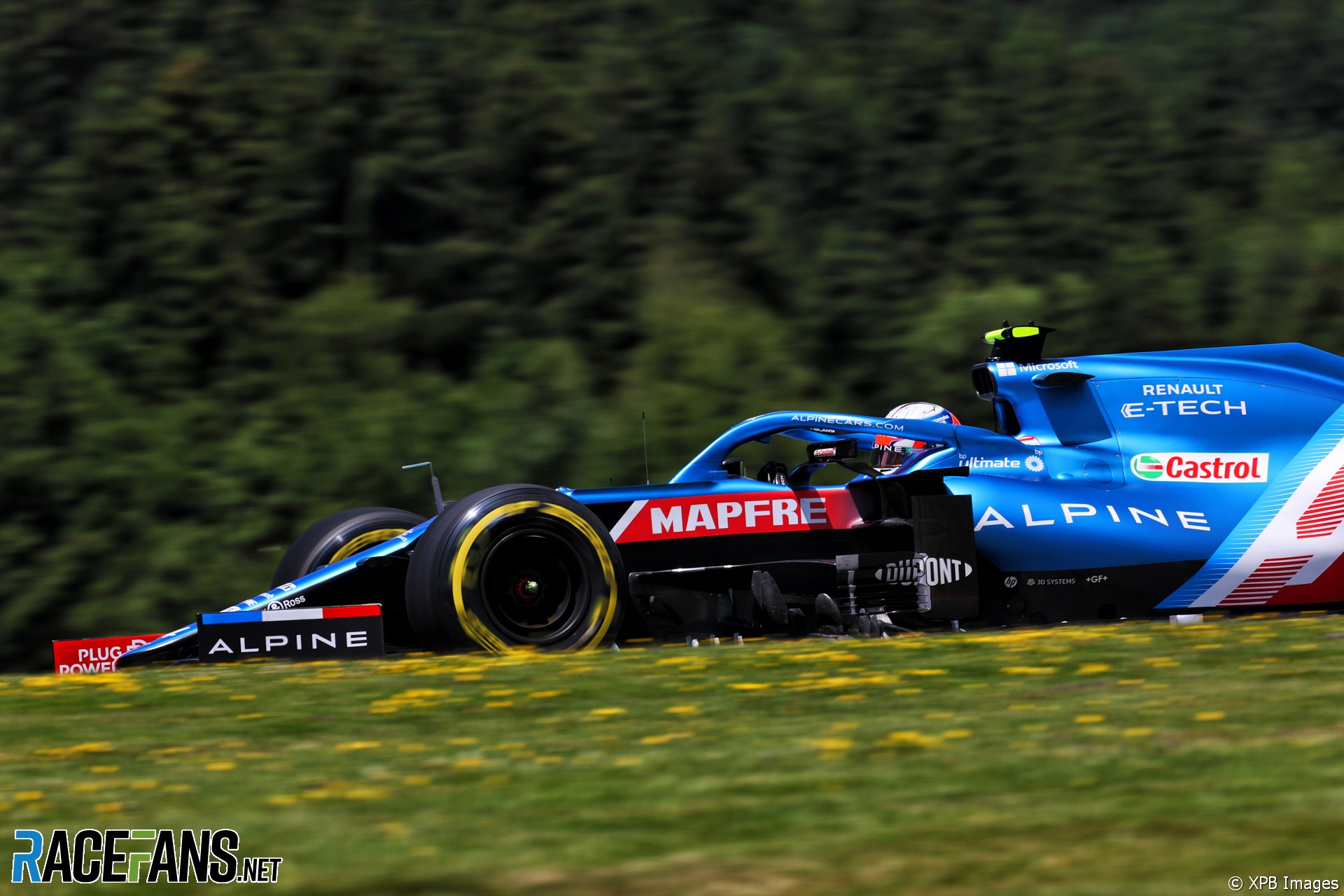 In the round-up: Alpine have changed Esteban Ocon’s chassis as a precautionary measure ahead of Silverstone.

After suffering a run of four races where he retired twice, including on the first lap of the Austrian Grand Prix following contact and two where he finished outside the points, Ocon’s team have been investigating his car for any problems which might explains his recent lapse in form.

Alpine executive director Marcin Budkowski said that although they had yet to get to the bottom of the issues, Ocon’s chassis had been changed ahead of the British Grand Prix.

“Esteban had two difficult races in Austria and we’re still investigating whether there are any technical reasons behind it,” explained Budkowski.

“To eradicate any doubt, the team has made the decision to make extensive changes to his car for Silverstone, including a new chassis.

“Esteban performed very strongly at the start of the season and qualified the car on the third row of the grid on merit at two races in a row just a few weekends ago, so we are working together to make sure he bounces back, and this weekend is the perfect opportunity to do that.”

Aston Martin have recruited Mark White as their new operations director at the team. White, who will take up the role in September, comes from Honda’s automotive division, where he has worked in senior operational roles.

Nicholas Latifi is eagerly awaiting this weekend’s races on what he calls “my favourite track on the calendar by far”.

“The nature of the high-speed corners, which are very fast and flowing, makes it the perfect track to drive these modern Formula 1 cars that have so much downforce,” said the Williams driver. “It is such an exhilarating feeling with all of the G-forces through your body.

“It’s also the team’s home race, so I’m very excited to be a part of that as I didn’t have my own home race this year, but this will be just as special. I am hoping for a very strong weekend to make it all the better.”

There are still limited hospitality packages available but no tickets will be sold on the day #Silverstone #F1 pic.twitter.com/FWu5WIApjo

"He's OK. A bit traumatised as you'd expect, he's explained it to me, it wasn't a very nice experience, but he's healthy and he'll be fine."

"I wouldn’t say there’s a massive difference in terms of the skillsets of the personnel (versus 2020), I just feel like Carlin have just got more of a hold of things of the new car on the 18-inch. It all sort of feels more connected, the tyres are much less of a problem to worry about. And I’ve got more confidence in myself, and in the car in general."

Dr Valeria Loreti: 'It’s work that you can only do if you dedicate yourself one hundred percent' (Females in Motorsport)

"'You need to love it - it’s work that you can only do if you dedicate yourself one-hundred percent,' she says. 'There’s a need for a certain degree of resilience. There’ll be times where things never stop and you have to be always switched on.'"

I really hope this is a success, because otherwise it will be used forever and a day to block any other significant changes being made to quali. So many in this sport object to change on principal, and this would give them ammunition.

That being said, I’m not optimistic. It may produce a little action further down the field, where the risk of starting from the back of the grid is less important. However, up front I can’t see there being more action than a typical race day, and I think predictions of a procession are likely to be accurate.
@Drmouse

27 comments on “Ocon gets new chassis for British Grand Prix”