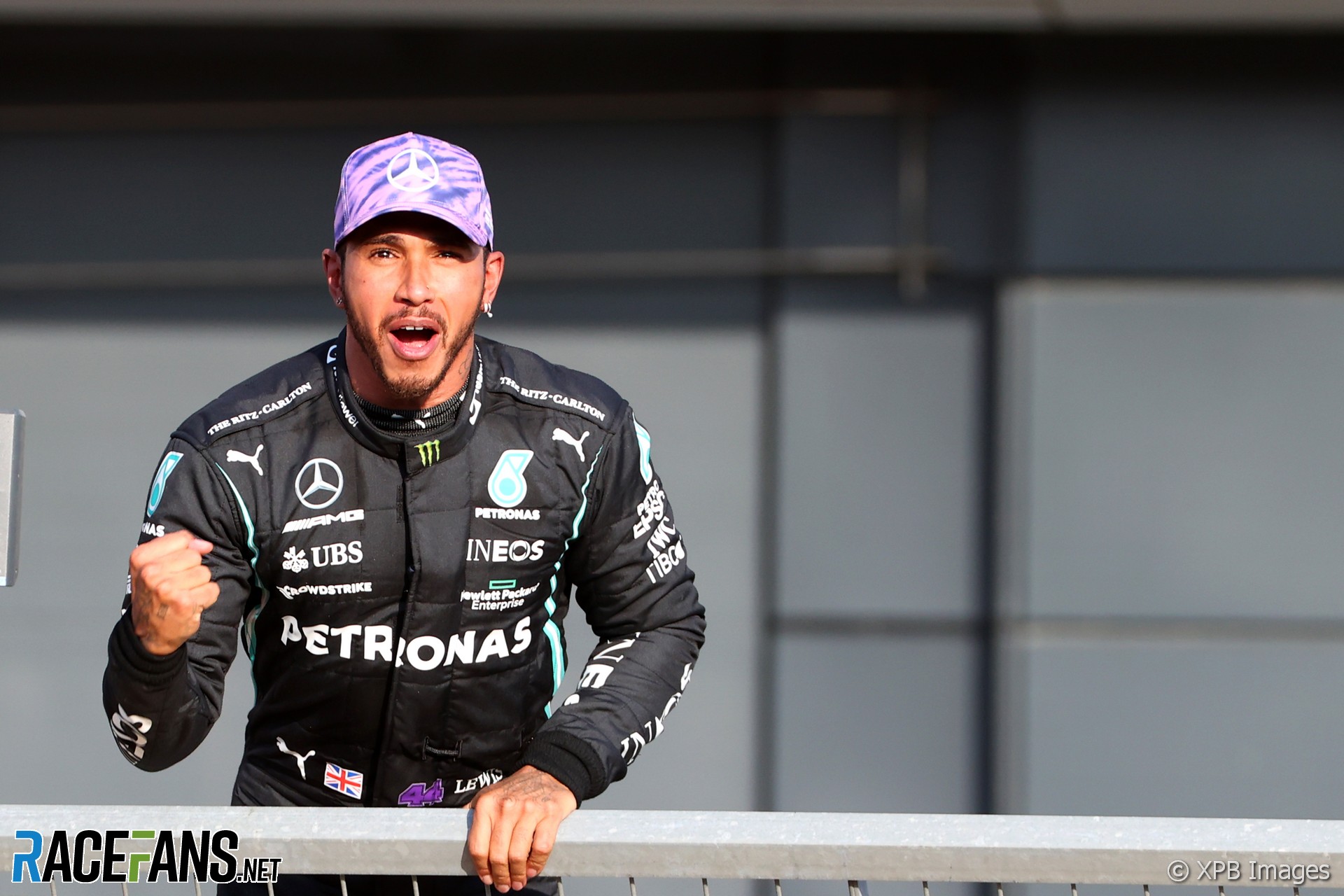 Lewis Hamilton revealed he spent Friday morning in Mercedes’ simulator to help raise the team’s performance before topping qualifying for the first time in six races.

Under the new format being used this weekend, Hamilton will start tomorrow’s first sprint qualifying race from the front of the grid, putting himself in the best possible position to claim pole for the grand prix.

As today’s single, one-hour practice session did not begin until half past two in the afternoon, Hamilton used the morning to travel to Mercedes’ factory in nearby Brackley and conduct development work. Mercedes has introduced an aerodynamic upgrade to its W12 this weekend.

“I was in the factory on the sim on Tuesday and again we had this morning free and I was like, look, [I’m] not going to sit around and waste time, let’s get to it.

“So we did a practice session this morning on there, just trying to develop it, trying to give the guys as much information as possible so as we’re developing the car. We’re squeezing absolutely every every ounce of performance from this thing, but it was holding together today. So I’m over the moon.”

Red Bull were fastest by over seven-tenths of a second in practice, but Mercedes hit back in qualifying, which they led for the 10th consecutive occasion at Silverstone.

“I don’t know what they were doing in there,” said Hamilton. “They were very quick, obviously, in that practise session, but we were just staying focussed on our job and trying to layer up.”

Hamilton’s first run in Q3 earned him pole position for the sprint qualifying race. His second lap was initially quicker, but he lost time when he made a mistake at Vale.

“That first lap was great,” said Hamilton. “The second one was looking even better, but just lost the back end in that last corner, so my heart was in my mouth as I came across the line.

“But I could see the crowd and it was really reminiscent of my first pole here in 2007. I couldn’t have done it without all these guys here, so a big, big thank you.”