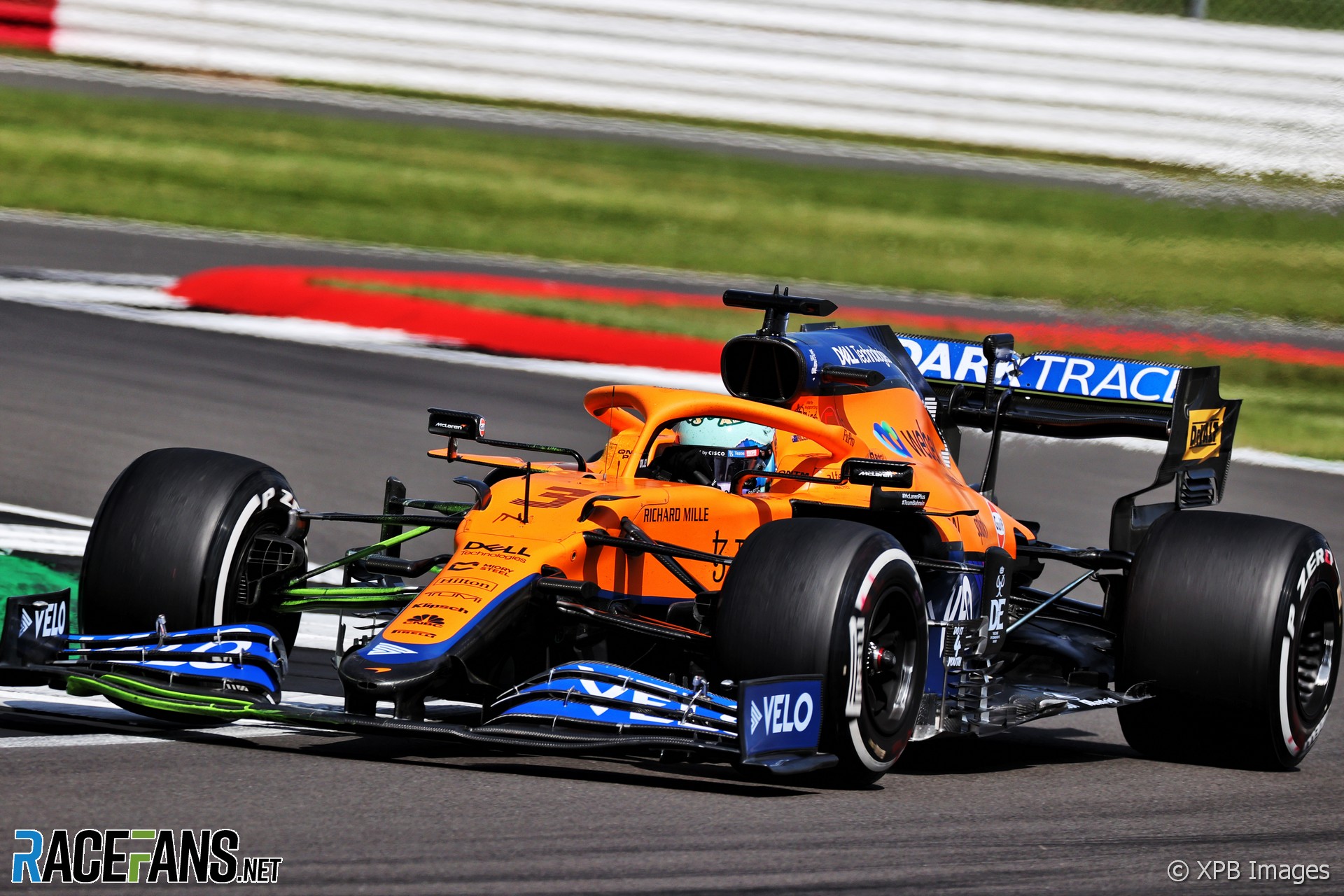 Daniel Ricciardo wasn’t entirely happy with his qualifying performance despite taking seventh on the grid, his best result for six races.

The McLaren driver failed to reach Q3 in either of the last two races at the Red Bull Ring. At Silverstone he made it into the final 10 and qualified just two-thousandths of a second slower than team mate Lando Norris.

But despite being pleased by his progress Ricciardo admitted he could have done better.

“It was definitely a better day,” he told Sky. “It was better and I’m a little frustrated because I feel like there was there was a little bit more. I think we had a bit more in the last run.

Charles Leclerc, who qualified fourth, was less than a tenth of a second faster than the McLaren pair.

“Looking at the times, I think Charles [was] maybe half a tenth in front, in P4, honestly I feel like that was achievable.

“Looking at the last few qualifying [sessions] for sure, everyone will be like ‘this is a lot better’ and it is. But maybe that’s why I’m more frustrated, because I feel like there was even more today. So I’m somewhat in the middle at the moment.”

Ricciardo achieved one of his better starting positions of the season despite having only an hour to practice in F1’s revised timetable for its first sprint qualifying weekend.

“I’ve actually really liked just one practice, straight into quali,” he said. “We had it a few times last year in Imola and Nurburgring, because of weather, and it was cool. It kind of just makes you get on with it.

“So, who knows what tomorrow is like with the practice and the sprint qualifying, but so far so good.”