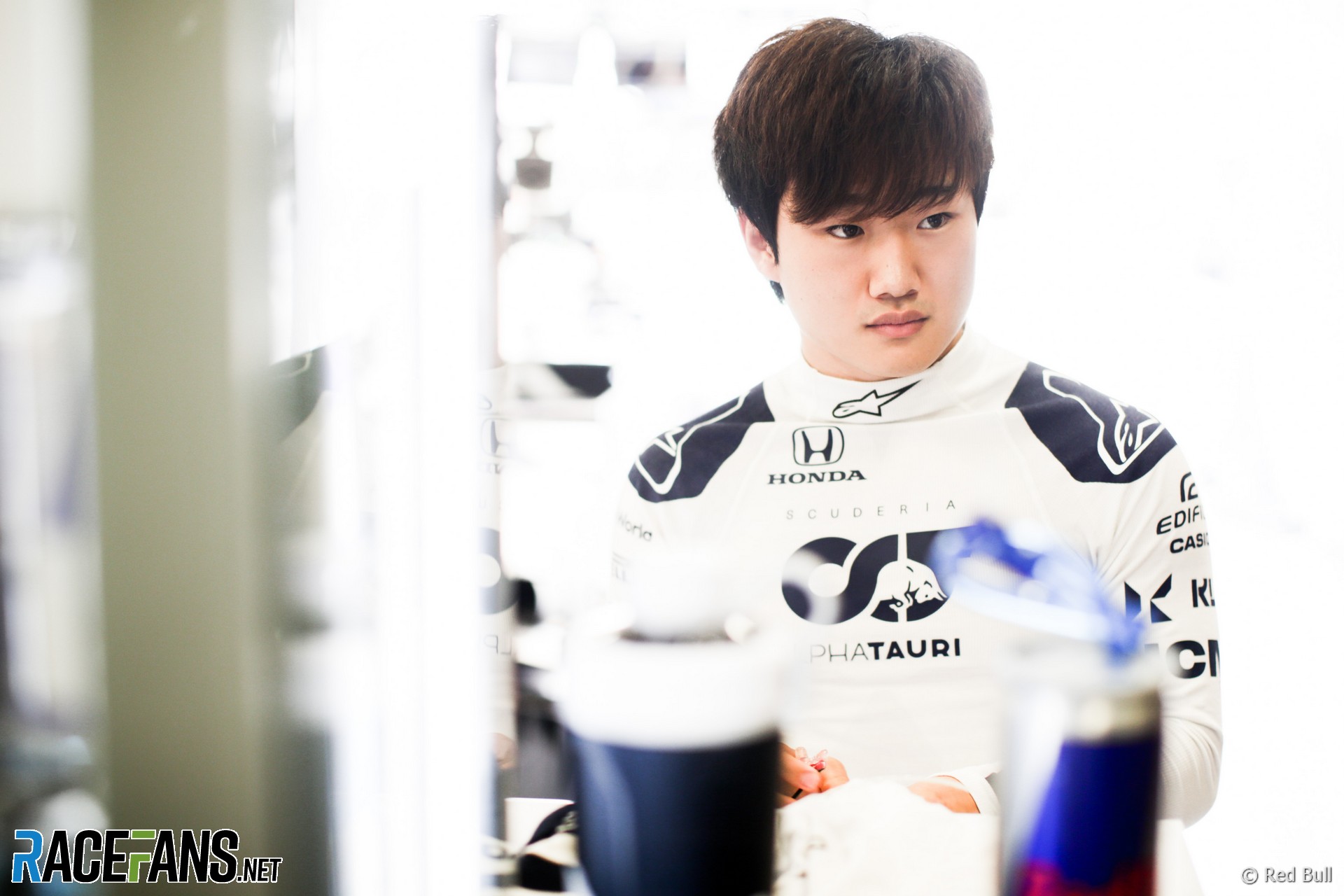 Yuki Tsunoda said the time he lost at the weighbridge spoiled his qualifying session, after narrowly failing to reach Q2.

The AlphaTauri rookie has now been eliminated in Q1 in half of this year’s 10 race weekends, so far.

“I’d say the weighbridge fucked everything,” Tsunoda explained after being called in for a random check during Friday’s qualifying session at Silverstone. The delay meant he caught several drivers at the end of one lap.

Having only had an hour to practice before Friday’s qualifying session, Tsunoda said he was starting to get to grips with his car when his qualified session ended. He failed to make the cut for Q2 by just two hundredths of a second.

“Even [though] there was no perfect lap due to the traffic, I start to get used to it for the driving and I started to also feel the confidence. It feels like I got started now but it’s already finished in Q1.”

AlphaTauri chief race engineer Jonathan Eddolls said Tsunoda did well to recover the time he lost due to traffic.

“Yuki was looking set to progress into Q2, but a traffic jam in the last corner when starting his final lap cost him nearly 0.2s before turn one. He did well to make most of this time back, but sadly it was not enough.”

All teams were required to use the soft tyres throughout qualifying. Eddolls said AlphaTauri found during practice they were less competitive on that compound.

“The performance on the mediums was aligned to our expectations, but when fitting the softs we struggled more than we expected,” he said. “We analysed the data and made some changes for qualifying, but without the usual sessions before entering Parc Ferme, we weren’t able to tune the car as much as we would do normally.”