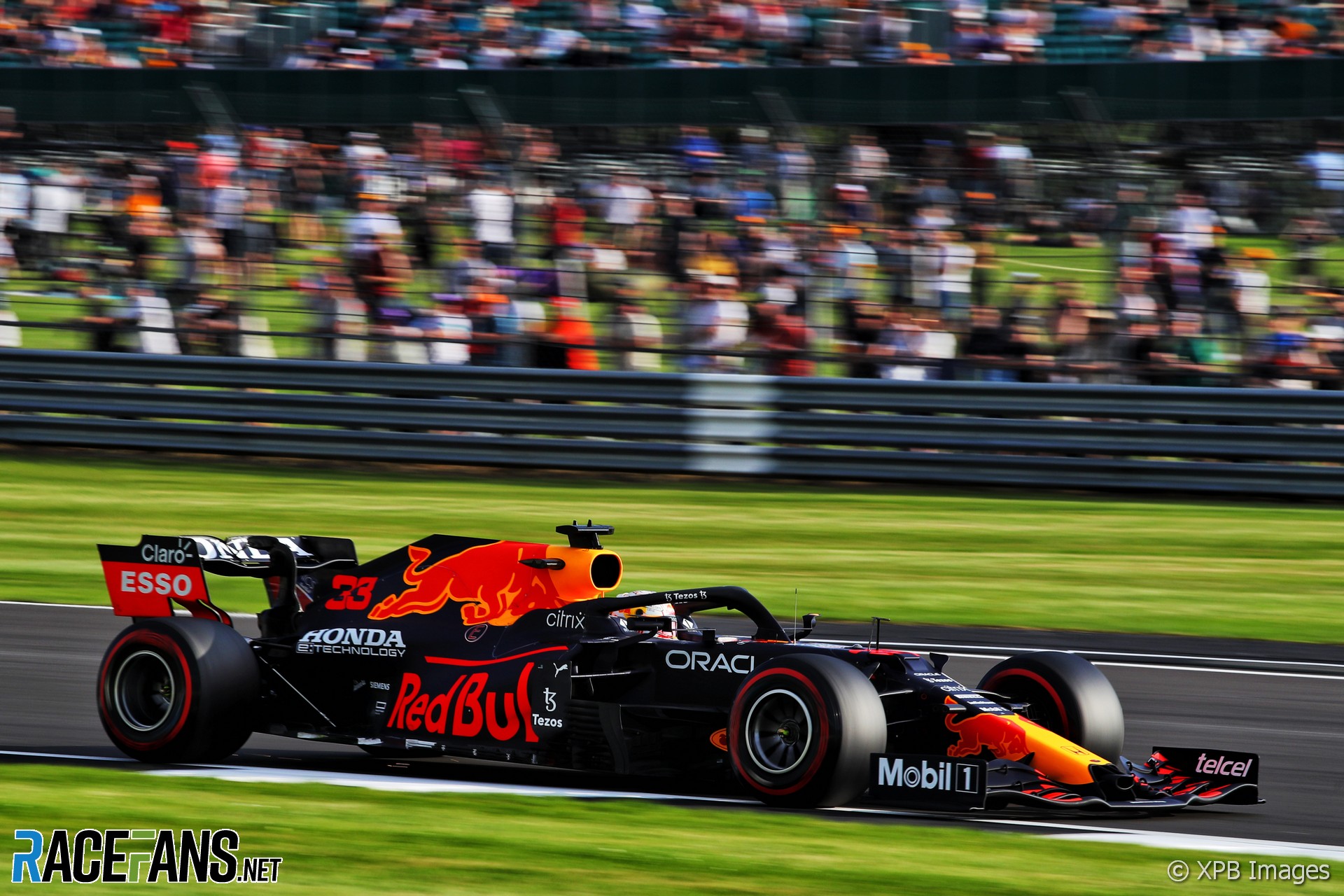 Max Verstappen says his surprising loss of pace between practice and qualifying at Silverstone was not connected to any changes on his car.

The Red Bull driver had finished the only practice session before qualifying almost eight-tenths of a second ahead of Hamilton.

But his rival gained the upper hand in today’s qualifying session and beat Verstappen to pole position for Saturday’s sprint qualifying race by less than a tenth of a second.

Verstappen, who was heard complaining on his radio about understeer, was at a loss to explain where his advantage had gone. “We just need to look at ourselves because I think the car itself was actually handling quite well, but with just a lot of understeer.”

Under this weekend’s sprint qualifying rules, parc ferme conditions are imposed from the beginning of qualifying on Friday afternoon. Red Bull made some set-up changes to Verstappen’s car between the two session, but he doesn’t believe that was related to his loss of pace.

“I couldn’t really attack any corners,” he explained. “[I was] just waiting for the front to grip up.

“It was a bit of a weird feeling to be honest, to drive, because I don’t think it was set up or front wing related.

Verstappen still has a chance to claim the official pole position for the grand prix in Saturday’s sprint qualifying race.

He admitted the format feels strange compared to a normal race weekend. “You do qualifying, you go flat out and [then] actually, it doesn’t really mean anything in terms of a pole position feeling.