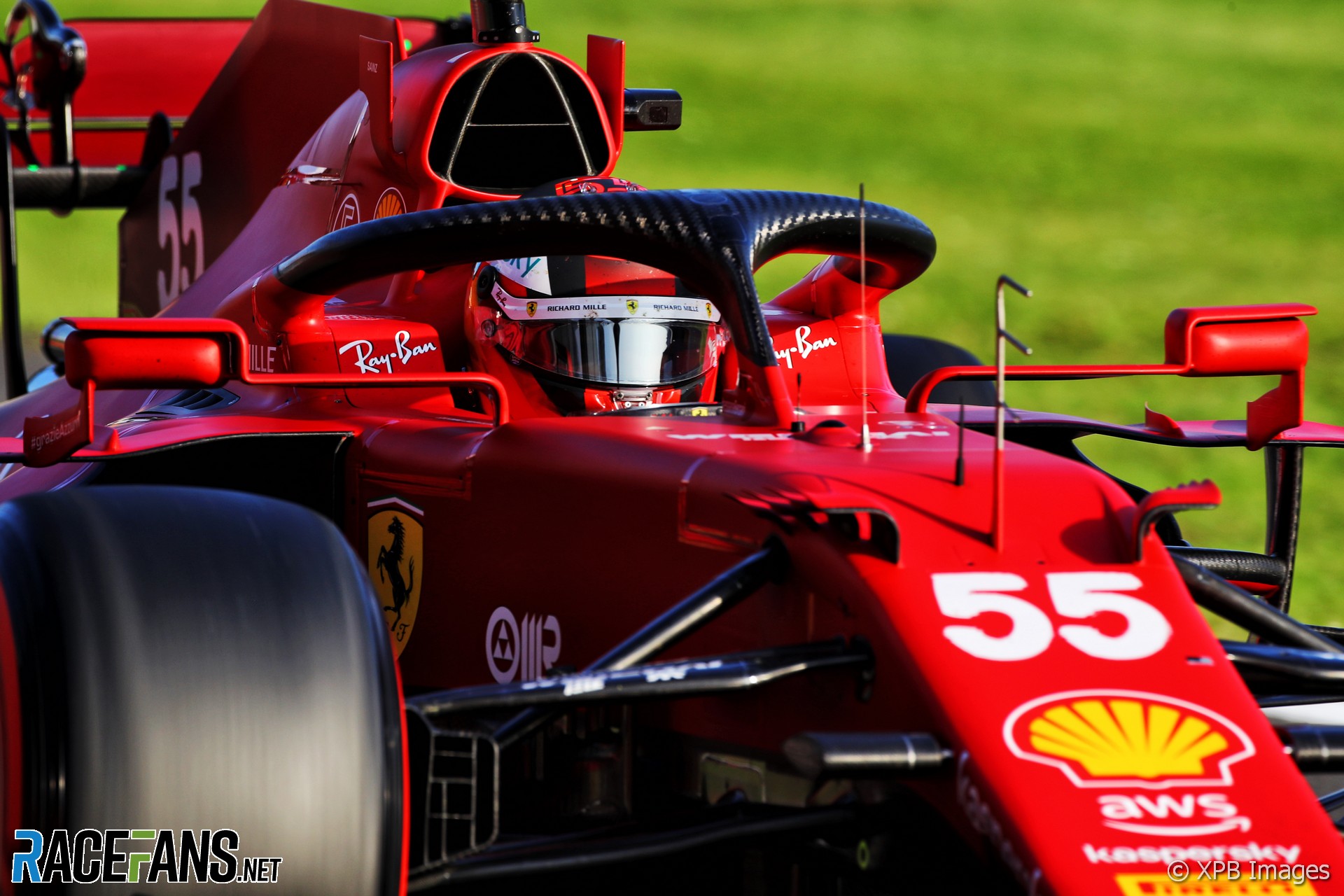 Ferrari is approaching today’s first sprint qualifying event as if it was the opening stint of a longer race including tomorrow’s grand prix.

The team’s sporting director Laurent Mekies says they will determine how aggressively to tackle today’s 17-lap race based on the fact it will decide the starting grid for Sunday’s main event.

“So that’s a little bit the sort of approach or mode we are trying to get to when we look at the big picture. So it’s with that big picture in mind that we try to ponder our choices and say, look it’s 400 kilometres, there will be a red flag after 100 kilometres, how will we approach it and how much risk do you want to take in each phase of the race?”

Charles Leclerc will line up fourth on the grid for today’s sprint qualifying race, four places ahead of team mate Carlos Sainz Jnr. All drivers in the race have a free choice of what tyre to start on and do not need to make a pit stop during the race.

“I don’t think the tyre choice is clear cut,” said Mekies. “I would be surprised if the whole field chooses to do the same thing.

“So there is still a fair bit of assessment on our side to decide where we want to go. Obviously some of it is already conditioned by tyre usage in FP1 some of it we will decide after the FP2 sessions. So it’s between running the soft or running the medium for the sprint qualifying.”