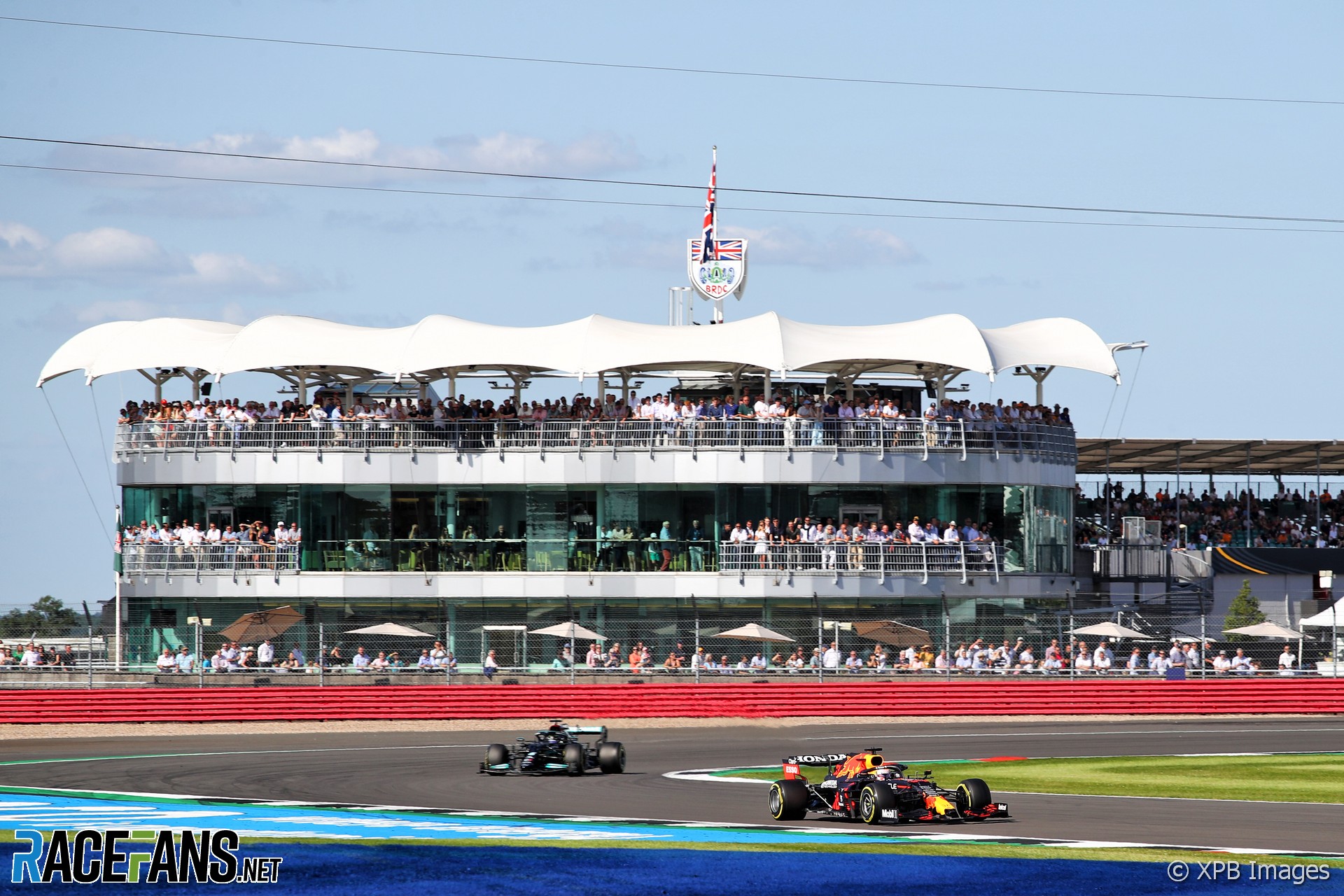 Verstappen passed Sprint Qualifying pole winner Lewis Hamilton on the run to turn one to take a lead that he never looked like surrendering. Hamilton will look to return the favour against his rival when he lines up alongside Verstappen on the front row in tomorrow’s race.

Valtteri Bottas will start third on the grid, ahead of Charles Leclerc and the two McLarens of Lando Norris and Daniel Ricciardo.

Hamilton lined up on the front of grid for the first ever sprint qualifying, alongside championship leader Verstappen, whose left-front brake disc was visibly aflame as he waited for the lights to come on. Valtteri Bottas was the only driver in the top ten to choose to race on soft tyres.

When the lights went out, Verstappen got the better getaway and took the lead into Abbey ahead of Bottas and Charles Leclerc. Hamilton tried to retake the lead around the outside of Copse corner, but was rebuffed.

Further back, Fernando Alonso moved up six places to fifth place having started on softs, while Carlos Sainz Jnr fell to the back of the field after contact with George Russell into Brooklands. At the rear of the field, Nikita Mazepin spun at Farm after bumping into Haas team mate Mick Schumacher.

On lap five, Sergio Perez spun his Red Bull on the exit of Becketts, skidding over the grass and only just keeping his car out of the tyre barriers. He was able to recover having dropped down to 19th place.

Lando Norris passed Alonso for fifth place by out-braking the Alpine driver into Farm on lap six. Alonso soon came under pressure from Daniel Ricciardo, with the second McLaren moving through into sixth on lap nine into The Loop.

The leading pair both suffered with visible graining on the right-front medium tyres, but were still able to remain comfortably ahead of third-placed Bottas on his soft tyres.

As the final lap began, Perez was told to retire his car, dooming him to start at the very back of the grid for tomorrow’s race.

Verstappen took the chequered flag to take pole position for tomorrow’s British Grand Prix and extend his lead by an additional point. Hamilton crossed the line around three seconds back, with Bottas another six seconds further behind.

Leclerc finished fourth ahead of Norris and Ricciardo, with Alonso holding on to take seventh on the grid. Sebastian Vettel took eighth on the grid, with George Russell in ninth to drop one spot from his initial qualifying position.

Esteban Ocon rounded out the top ten, with Carlos Sainz Jnr recovering from his early setback to claim 11th on the grid by the chequered flag.