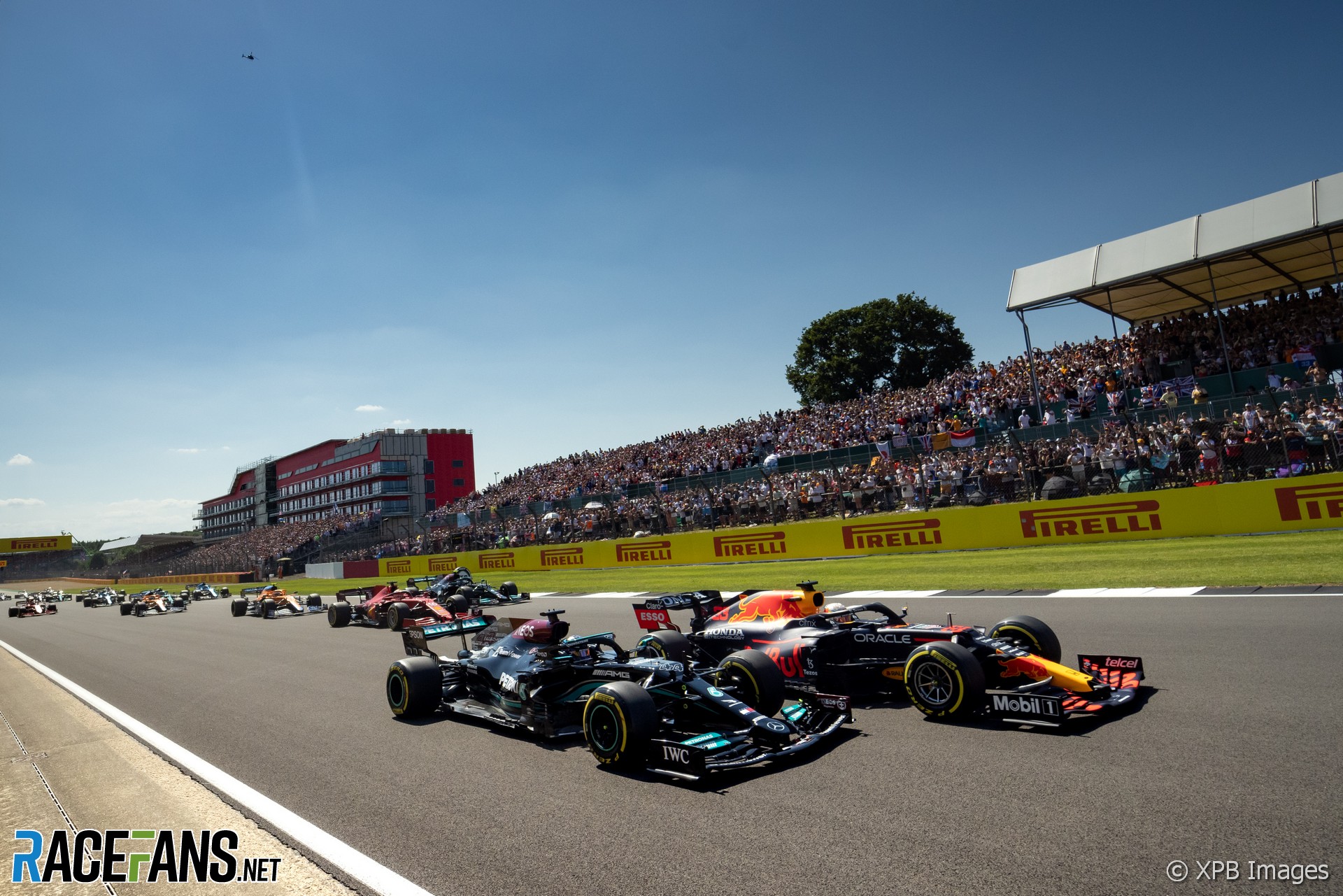 British Grand Prix winner Lewis Hamilton says Max Verstappen did not leave him space in the opening lap collision that saw the championship leader crash out of the race.

The pair were battling for the lead on the first lap when Hamilton’s left front wheel hit Verstappen’s right rear wheel as they rounded the high-speed Copse corner. Verstappen was sent spinning into the barrier, suffering a heavy crash and was later taken to a local hospital for medical evaluation.

Both Mercedes and Red Bull team personnel lobbied with race director Michael Masi that their drivers had not been responsible. Hamilton was later handed a ten-second time penalty and two penalty points on his super license after stewards determined he had been responsible for the collision.

Despite being deemed at fault, Hamilton says he feels his championship rival failed to give him space.

“I always try to be measured in how I approach, particularly with battling with Max,” says Hamilton.

“You know, he’s very aggressive. And then today, I mean, I was fully alongside him and he didn’t leave me any space. But regardless of whether I agree with the penalty, I take it on the chin. And I just kept working.”

Hamilton served his penalty during his pit stop, falling to fourth place before passing Lando Norris for third and Mercedes team mate Valtteri Bottas allowed him through into second. He then finally chased down leader Charles Leclerc before passing him for the win at Copse with three laps remaining.

“I was like, ‘I’m not going to let anything get in the way of the crowd’s enjoyment of the weekend and the national anthem,'” said Hamilton.

“I’ve been giving my all this past week, been in the factory and just giving absolutely everything. Just trying to uncover performance for this car with the guys. And I’m so proud of everyone for just continuing to work, even though we’ve had a bit of a deficit.”

Hamilton paid tribute to the Silverstone crowd after the first full-capacity grand prix to have been held since the emergence of the coronavirus pandemic.

“It’s massively overwhelming and, oh god, it was such a physically difficult race. What great weather. We’ve got the best, best crowd – our home crowd is the best. I want to say, there’s nowhere we go, where we see people like this. They ain’t got what we got. I’m so grateful to the fans.”