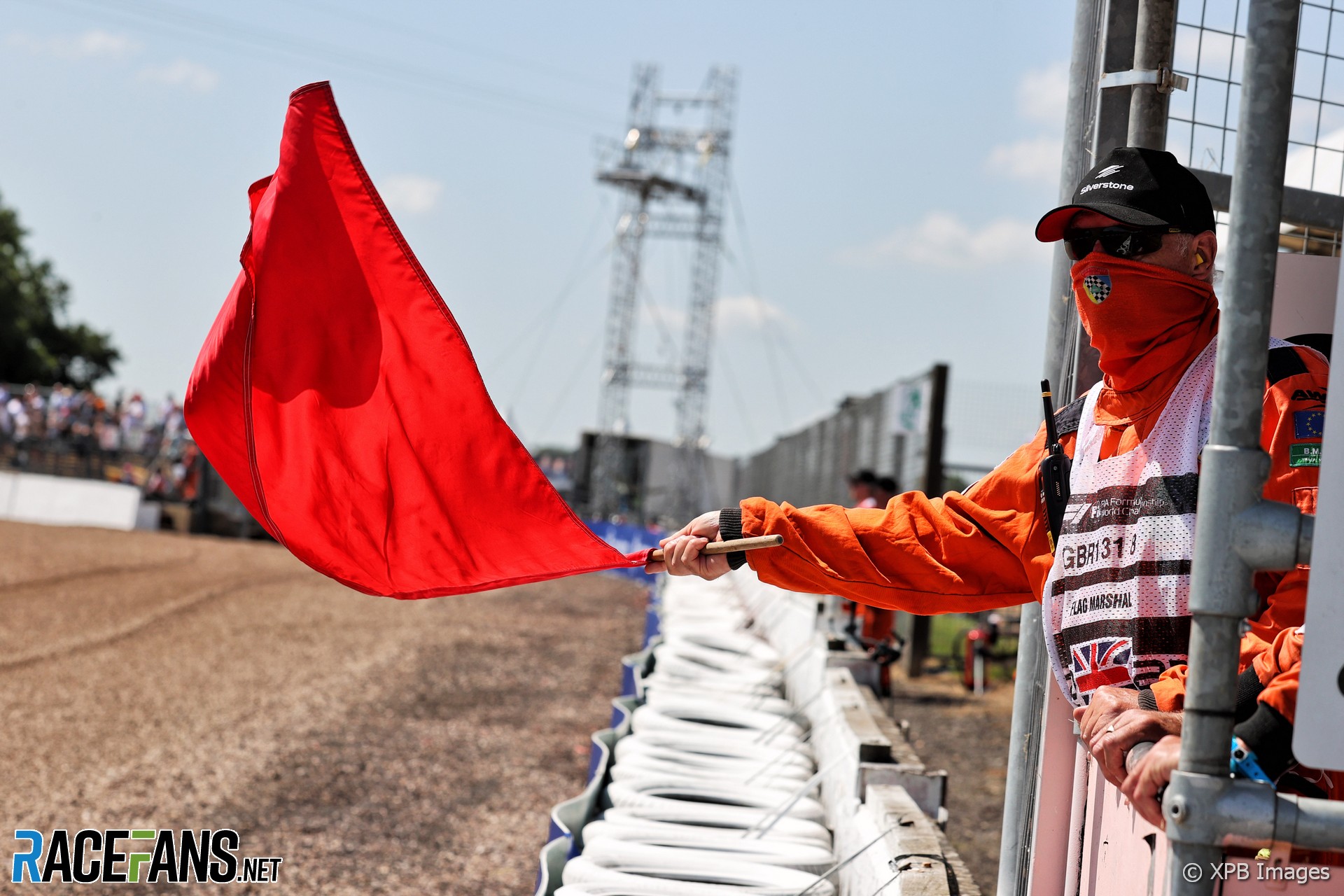 Regardless of where the blame lay or how it is apportioned, the fall-out from Sunday’s first-lap accident between world championship rivals Max Verstappen and Lewis Hamilton suggests that a number of Formula 1’s regulations and procedures require, at the very least, reviews – and rapid implementation of any recommendations – if the eventual outcome of the last season under the current regulations is to stand scrutiny.

While the ‘tariff’ of penalties open to stewards during the weekend resulted in the sort of anomalies their list of precedents is expressly intended to prevent, the range of activities and procedures that are permitted under red flag restarts by the regulations are the biggest cause for concern.

Twice this year, during race suspensions at Imola and Silverstone, a number of substantial repairs were permitted to Hamilton’s car which enabled the seven-time champion to score a total of 44 points, split 19 and 25 respectively.

While his potential scores without said repairs are impossible to predict, consider that his Mercedes team estimated that a front wing – replaced under a red flag at Imola – cost him 0.3-0.6 seconds per lap. Would he have finished second under the circumstances or gained a point for fastest lap? Highly unlikely.

On Sunday at Silverstone, he damaged a wheel during the clash with Verstappen. According to the team, without the red flag brought about by the need to repair the barriers, that would have forced his retirement.

Instead, his team was able to repair the damage with no time loss and race to victory after a 10-second penalty taken during a routine stop – despite the stewards having adjudged him as being “predominantly at fault” for the incident. Verstappen could only look on helplessly in hospital as Hamilton celebrated a 25-point cut into his lead, cutting his deficit to eight points.

Of course Hamilton and Mercedes did not act improperly – the regulations permit repairs during a red flag. But this effective 44-point bonus for car number 44 could well prove decisive come the finale.

The red flag ‘repair’ clause was introduced to cater for a totally different set of circumstances at a time when races were seldom red-flagged.

An analysis by GP Facts and Numbers shows that over the past 15 seasons a total of 26 grands prix were interrupted for some reason or other.

Of these, two were halted after chequered flags were erroneously waved prematurely and four when the two-hour limit was reached after a number of safety car interventions, crucially without red flags being deemed necessary. One was shortened after a number of pre-start exploratory laps and six due to heavy rain, albeit without major incidents.

Thus, there were 13 events with serious incidents requiring red flags and 13 ‘other’ causes – less than one per season on average. Tellingly, six of these – almost half – occurred in the past 12 months. Cynics may suggest the red flag is being increasingly used to spice up racing via standing restarts, permitted by a rules change a few years ago, but red flag interruptions are more usually triggered by a need to damaged barriers or clear the track safely.

The ‘red flag repair’ rule was introduced to enable cars to be fettled for changed weather conditions. But it is increasingly being used to repair dry-weather crash damage.

There is no doubt that drivers have unfairly benefitting from its provisions given the increased incidence of red flags caused by major accidents – from under one per season ten years ago to five in a single 12-month stretch. Sunday again proved the unfairness of the rule.

Thus, the ‘repair’ clause needs to be revisited, with cars required to restart after a red flag in the exact condition in which they parked up – effectively a parc fermé rules which already apply after qualifying under whatever format. Repairs or adjustments due to changes in climatic conditions could only be undertaken with the express approval of the race director, and any breaches would require the car(s) to restart from the back.

Such a rule would also eliminate the current pit stop lottery – whereby a driver stops on, say, lap 34, only for a lap 36 red flag to grant others a ‘free’ tyre change.

Sunday’s race highlighted another area of the rule book which may have to be reconsidered: F1’s ‘non consequence’ tariff structure. At present any incident is judged on its merits alone, and a similar penalty applies across all similar incidents. Thus a ‘nudge’ into a harmless spin in a slow corner attracts a similar penalty to a high-speed ‘nudge’ that sends a driver into a barrier at 51G and out of the race simply as the eventual consequences are disregarded.

While the impact on championship positions should have no bearing, the immediate consequences should, just as road traffic incidents are judged on their severity and penalised accordingly. Ignoring red traffic lights is more heavily penalised where there are injuries rather than light panel damage. In this era of budget caps the severity of incidents and their subsequent costs should also be taken into account by stewards.

Given F1’s constant evolution no penalty structure will ever be perfect, but a regular revamp of articles, provisions and clauses is surely necessary to ensure that the punishments better suit the ‘crimes’ than they currently do.

On Sunday F1 race director Michael Masi said the practice of not considering the consequences of a collision has “been a mainstay for many, many years.”

“This came through discussions prior to my time between all of the teams, the FIA and F1, and the team principals,” he explained. “All were quite adamant that you should not consider the consequences in an incident.

“So when [the stewards] judge an incident they judge the incident itself, and the merits of the incident, not what happens afterwards as a consequence. That’s been something the stewards have done for many years.”

Maybe so, but the last time I looked at the sport’s structures the FIA was the sole regulator of F1, not the team principals or F1. Equally, the mere fact that something has been in place “for many years” is no reason to not revisit it in the interests of improvement – as happened on Saturday when the sport experimented with the introduction of the sprint qualifying concept.