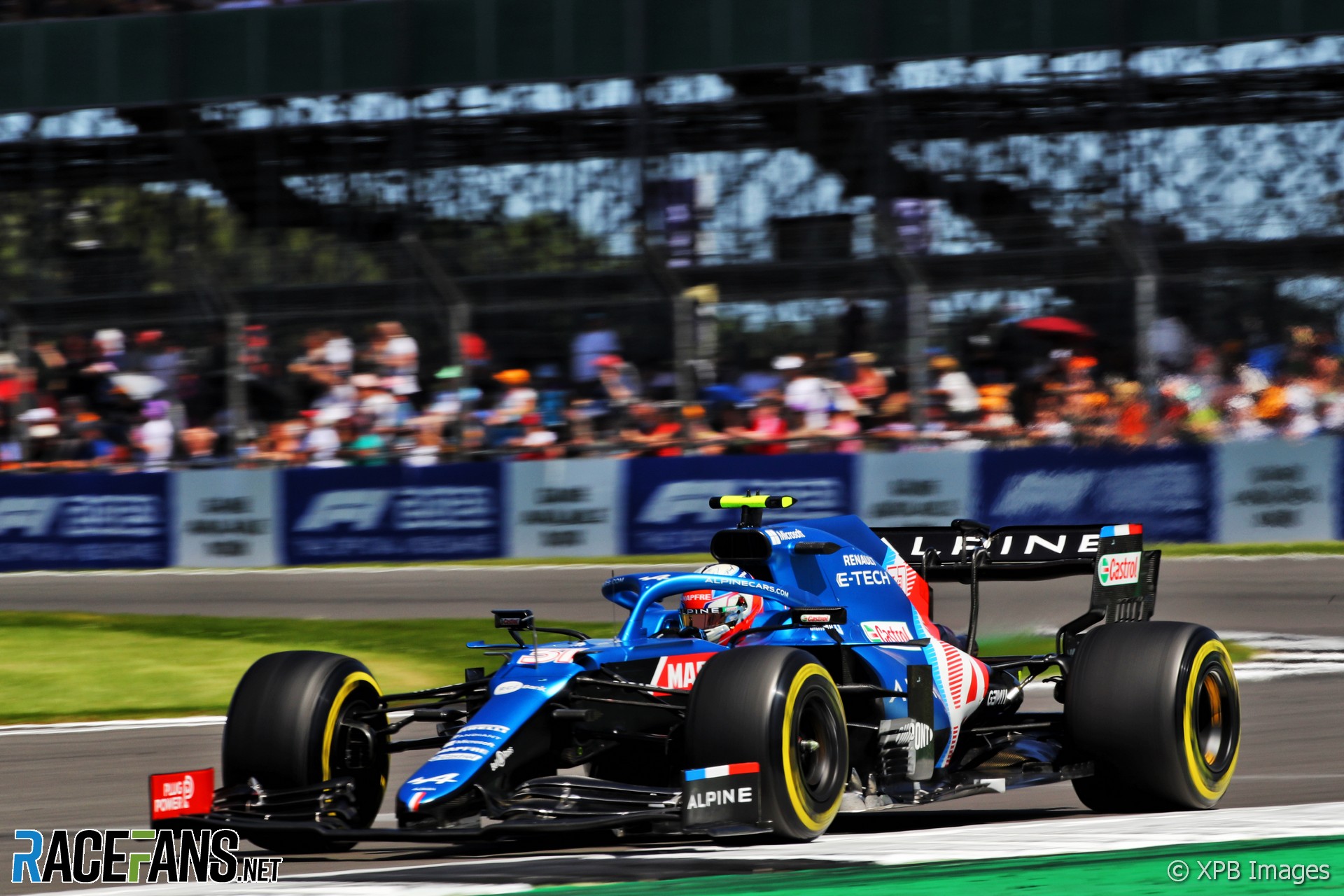 In the round-up: Esteban Ocon says he felt back on the pace from the beginning of first practice after a chassis change at Silverstone.

After a strong start to the season, Ocon’s performance slumped in Austria, where he failed to progress beyond Q1 in consecutive rounds.

However after receiving a new chassis at Silverstone, and making other changes, the Alpine driver said it was immediately clear his problems were solved, and he scored his first points in six races.

“I’m pretty sure we’ve solved the issue that we had,” said Ocon after Sunday’s race. “It’s not only [a chassis] change that we’ve done, there was a lot of other things, background and other parts that we changed.

“We spotted something after that day on the Monday. We questioned ourselves if that could be the reason. The only thing I care about is that obviously I feel good now and as soon as we we did put the car in practice one, it was competitive like it should and that was much better.”

Vettel: children “much better informed” than adults on climate

Sebastian Vettel, who is making a documentary about recycling, spent time between F1’s two Austria races building a home for bees in the shape of an F1 car with local schoolchildren. He said his turn as teacher had been as educational for himself as the children.

“I think if anything, I was the pupil and I think I was taught by the kids,” Vettel said. “There’s a lot of potential in treating kids the same rather than thinking that we need to teach them something, because I think they’ve got a lot to teach to us.

“But it was really interesting and I was surprised. We had a chat about what’s going on in the world and what one can do to try and, you know, maintain the life that we have and also the future looking after after the environment.

“I was surprised how how well informed they were. I think they were much better informed than many of the adults that I’m facing. So I was really surprised by that.”

Vettel spent time after the British Grand Prix collecting litter from grandstands and monitoring recycling efforts at the track, as well as visiting a large recycling plant in Slough to see more about the process.

He said that after meeting with the schoolchildren in Austria he was moved to further actions. “It was really inspiring to see that even though there were only around 10 years old, they were really interested in the subject. I’m keen on I’m doing something.”

Formula E’s London EPrix will be held this weekend, after a year’s delay due to the COVID-19 pandemic. During that time, the venue – an enormous dockside warehouse turned into a convention centre – has functioned as a coronavirus overflow hospital (called a Nightingale hospital by the NHS) and then a vaccination centre.

Formula E’s barriers were used during its conversion, to provide access guide routes for ambulances driving in. The series’ cities development director Oli McCrudden said some will stay at the venue, to reduce freight in storage and to be integrated into the sites’ own infrastructure

“It is a great partnership we’ve got with the venue, it’s not just a tenant venue relationship,” said McCrudden. “They’ve really worked with us and we’ve moved onto the concrete blocks and fences down to be stored on site for the next three to four years as well.

“So we’ve cut out a load of that transport and it meets on our sustainability targets as well so that they’re a real partner on it. We’ve got some of our race walls that are going to stay in place in situ now as potentially part of the venue. So we’re we’re in the fabric of ExCel.”

Luca Corberi’s 15-year ban from competition for violent and dangerous behaviour at an FIA-CIK karting event has not been overturned by the FIA’s International Court of Appeal.

Corberi launched an appeal against his ban on April 21st of this year but the International Court of Appeal has confirmed that they both reject that appeal and uphold the full 15-year duration of the ban.

Bruno Michel's debrief: What I'd like to see in the second half of the season (Formula 2)

"Added to the list of drivers who need to perform better in the second half of the season are DAMS’ Marcus Armstrong and Roy Nissany. Both have a podium finish to their names in 2021, but to their own admission, it is not enough."

"Naturally, every aspiring racing driver dreams of F1, but this is only feasible for a select few. Sometimes even being the best driver in your year isn’t good enough, which is a hard lesson to learn when you’ve already spent €6million and then have to learn all the skills needed in Formula E anyway."

"Formula Scout understands that this is in the absence of former W Series racer Vivien Keszthelyi, who currently lies 15th in the Euroformula points with a best finish of eighth at Spa. No reason has been given by the team or the driver for the late change."

David Hunter argues that the sprint qualifying race – and any points awarded for it – adds rather than detracts from a weekend.

It bemuses a little when people say it devalues the grand prix. If it awards appropriate points for the distance then I don’t see how that can be. It’s still a race, still a challenge and you still need pole to maximise your chance of winning those points.

It looks like Formula 1 to me, and the sprint plays its part in carving out a narrative for the weekend and plays a part of that three day story now. I rather like that.

The race on Sunday is no different to me, I can’t fathom how the sprint detracts from it. We got more racing, not less.
@Davidhunter13