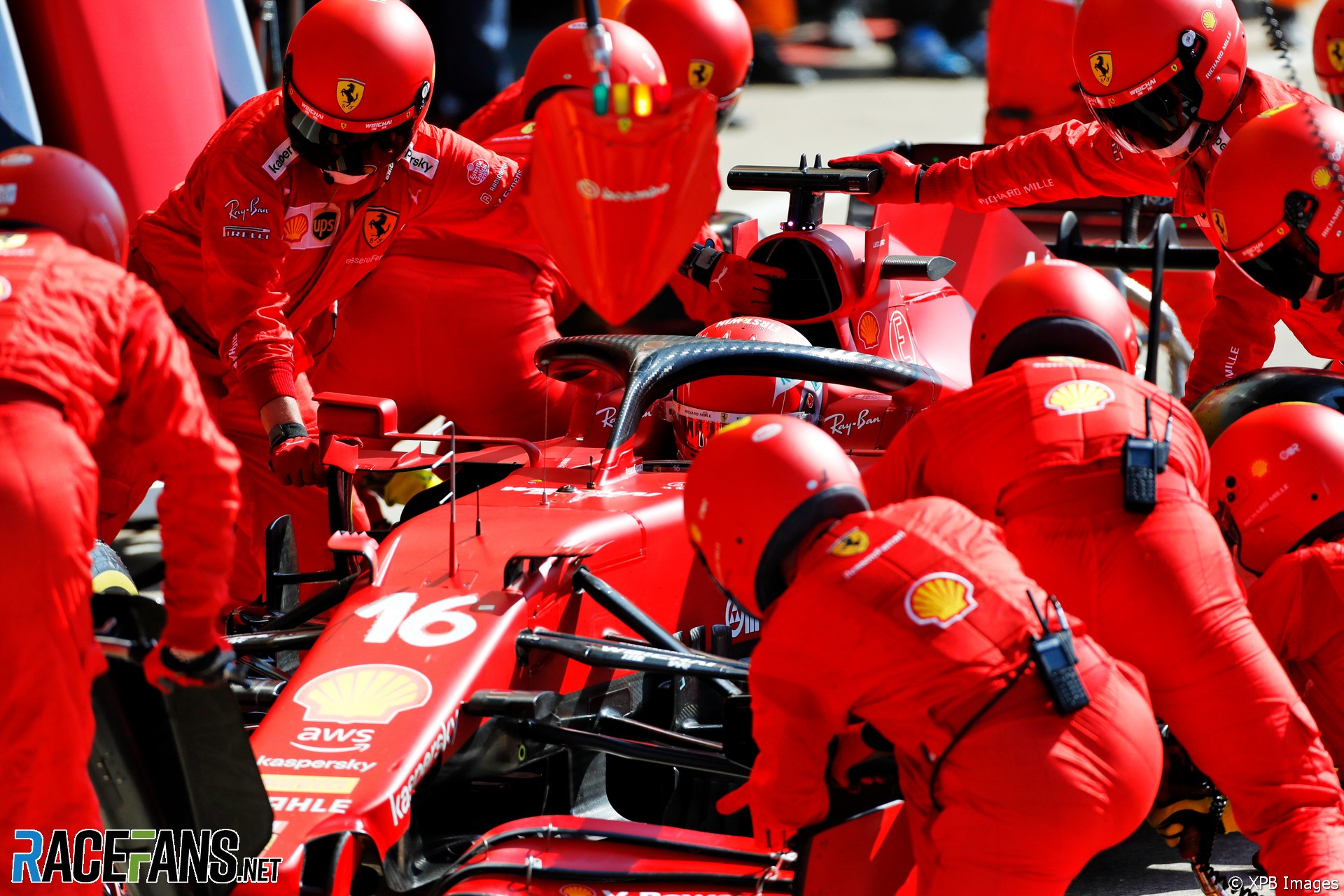 Ferrari are unlikely to challenge Mercedes or Red Bull for victory at this weekend’s race in Hungary, according to its drivers.

Charles Leclerc, who came within a few laps of winning the last race at Silverstone, said although Ferrari’s form is encouraging he doesn’t believe the result will necessarily be repeatable at the Hungarian Grand Prix.

“It’s good to be optimistic, I think we all want to be optimists after such a good performance in the last three races,” said Leclerc. “On the other hand, we also need to be realistic.

“It’s good and we are in a good mood but I feel like going for the win in Budapest might be a bit optimistic.”

Leclerc said that beating McLaren to be the first team behind Red Bull and Mercedes is the key goal for Ferrari. “Realistically, I think I would be happy if we are just behind the two top teams.”

Carlos Sainz Jnr said the Hungaroring’s layout, typically regarded as the kind of low-speed track the team has thrived on this year, was unlikely to flatter Ferrari. “Budapest recently has become actually a medium to high speed track in these cars,” he explained.

“If you look at Monaco and Baku, there are second and third gear corners. Budapest nowadays with these crazily high downforce cars, you have a middle sector that you are in fourth, fifth gear all the time.

“So it’s not a pure low-speed track anymore like it used to be in the past. And I don’t think it’s going to be such a good track for us. I do think that is a great opportunity to be right behind the Red Bull and Mercedes.”