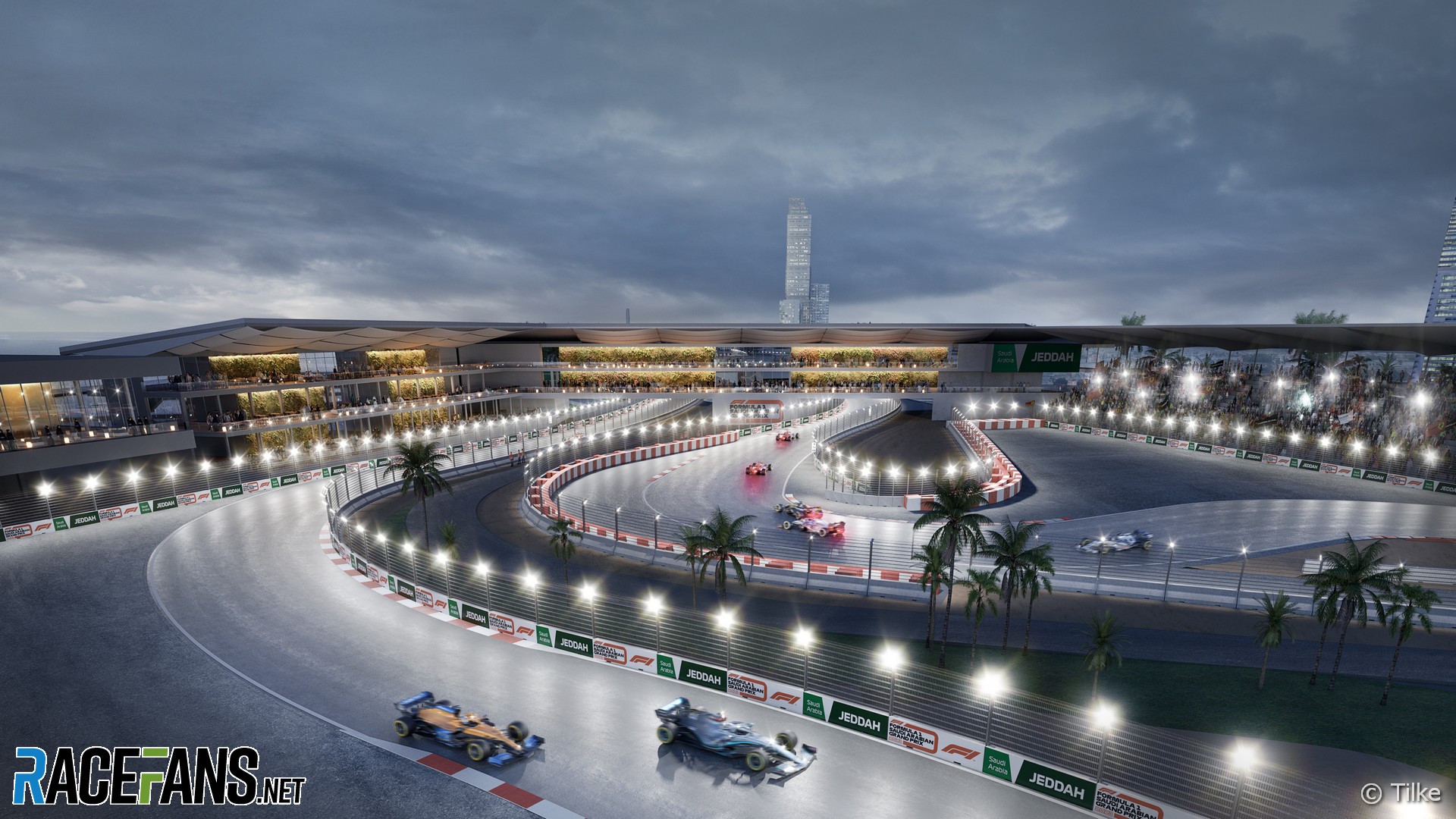 The 2021 Formula 1 season could conclude in Saudi Arabia instead of Abu Dhabi as originally planned, RaceFans has learned.

The change is believed to be under consideration because the United Arab Emirates is on Britain’s ‘red zone’ list of countries. F1 staff visiting Abu Dhabi would therefore have to quarantine for 10 days on their return from the race on December 12th.

Moving Abu Dhabi forward by a week would allow most of that period to expire during the Saudi Arabian Grand Prix weekend, which would become the final race on the calendar.

Saudi Arabia has a late slot on this year’s calendar to accommodate the construction of its new venue. Prince Khalid said the promoters would prefer to have an earlier date in future seasons.

“I was there in Silverstone last weekend and I really enjoyed it as a spectator and a promoter,” he said.

“I think it’s good – you have more races to see more action on Saturday and still the qualifying. If you qualify on pole that doesn’t mean that you start the race from pole so this will give pressure on the teams and the drivers so I really enjoyed it. We would love to be one of the countries that have the sprint race.”

Formula 1 is also seeking a race to replace the cancelled Australian Grand Prix. Prince Khalid confirmed Saudi Arabia have not been approached about potentially holding a second event.

As reported previously, RaceFans understands the Losail International Circuit in Qatar is likely to replace the cancelled Melbourne event. Its promoters are believed to be in discussions over a 10-year race deal beginning this season, but skipping 2022 to avoid a clash with the football World Cup, which Qatar will host.

Losail International Circuit – an F1-ready, FIA grade one facility – is to be the venue for the race, though it could move to a new street circuit later in the contract’s duration.