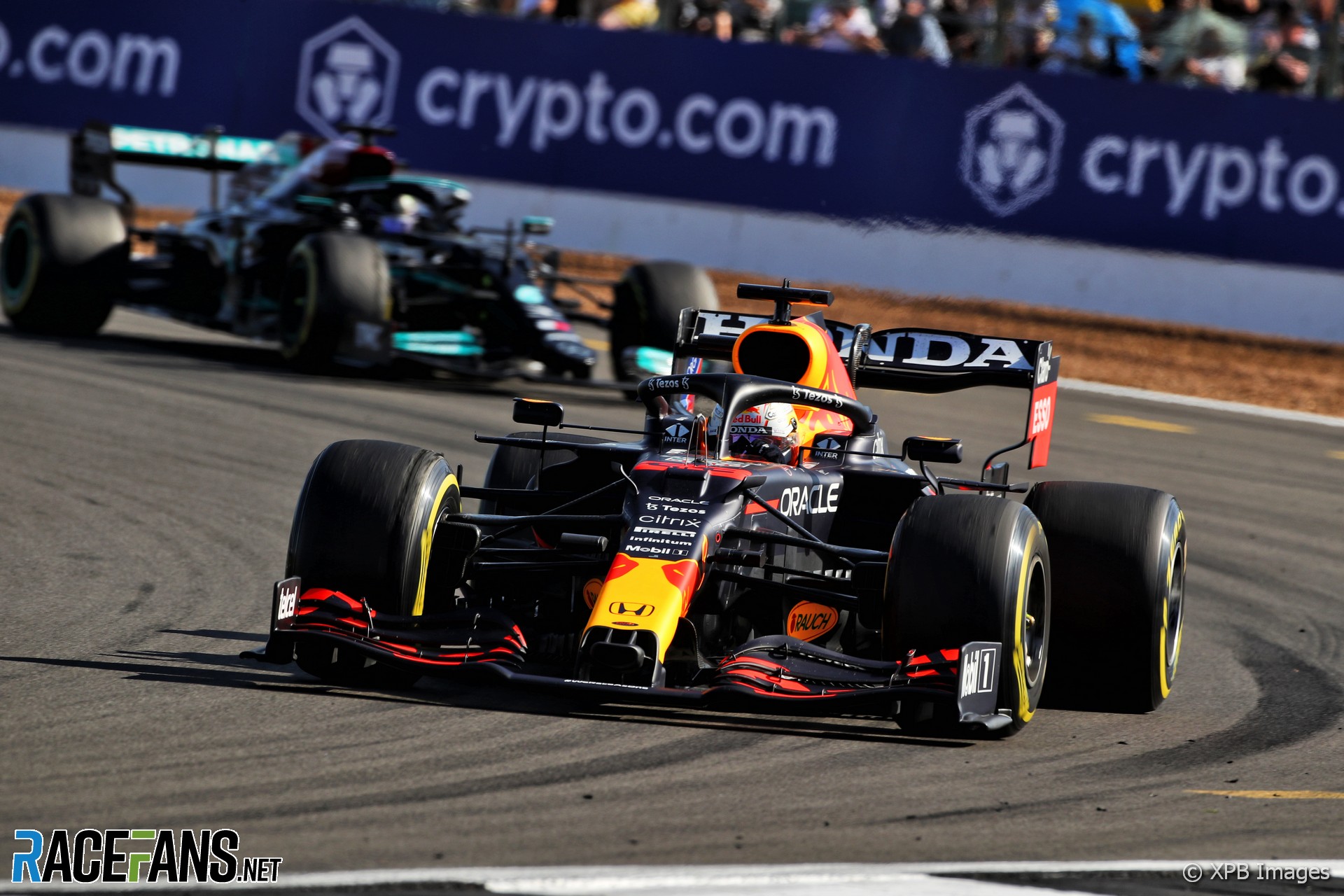 The run will provide the team with vital insight into whether the power unit sustained any damage in the 51G impact which resulted from Verstappen’s first-lap collision with Lewis Hamilton.

Verstappen’s Honda RA621H power unit, the second he has used this season, was fitted to his car at the French Grand Prix. Drivers are limited to a maximum of three internal combustion engines, turbochargers, MGU-Hs and MGU-Ks for the 23-race season.

If Verstappen requires a new, third example of any of these parts, it will mean he is virtually guaranteed to exceed his maximum allocation later in the season, and therefore incur a 10-place grid penalty at minimum in a future race.

Last week Red Bull team principal Christian Horner said the rest of Verstappen’s car had been “written off” following the crash at Copse.

The power unit was returned to Honda’s base in Sakura following the last race where it was inspected in line with the FIA’s restrictions on power unit testing. RaceFans understands the initial analysis did not reveal anything untoward, but a real-world test is needed to determine whether the unit can be relied on to withstand further use.

Teams typically fit new power units in time for the races at two of the most power-sensitive tracks the series visits, Spa and Monza, the first of which follows this weekend’s race in Hungary. This year these races form part of a triple-header, separated by Verstappen’s home race at Zandvoort.