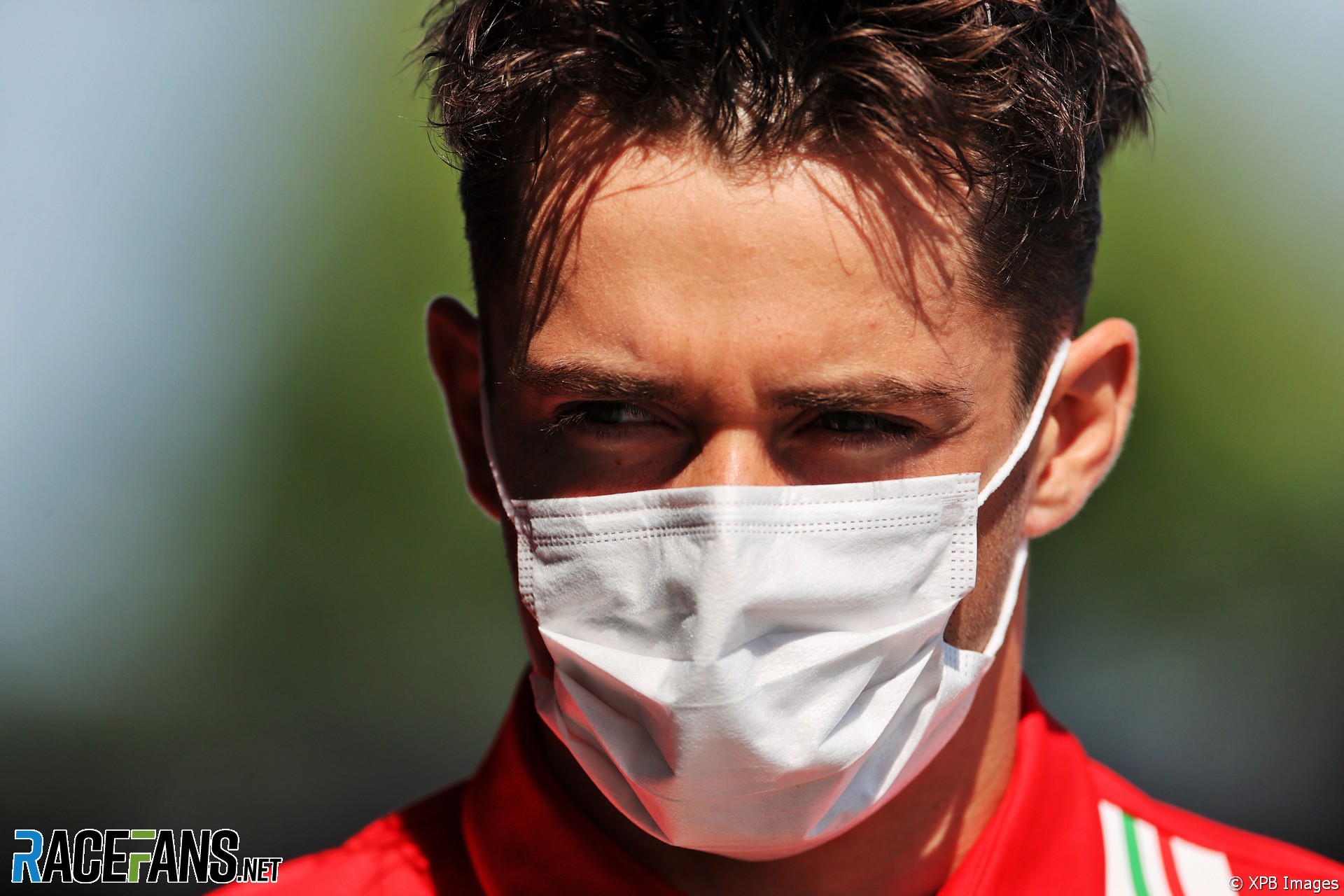 Charles Leclerc played down his chances at this weekend’s Hungarian Grand Prix, saying he tends to struggle at the twisty Hungaroring compared to his team mates.

The Ferrari driver arrives at the final race before the summer break following a positive start to his third season with the team. He took pole position in Monaco and Azerbaijan and led much of the previous race in Britain.

“I don’t think we will be at the level of performance as we’ve seen in Monaco but I hope we can at least be on top of the midfield, which is the realistic fight we are fighting this year,” he said. “So this is the most important target for this weekend. We are quite confident that we can achieve that if we do a good job.

However he admitted the Hungarian circuit is not one where he tends to perform at his best. “It’s not a particularly strong track for myself as a driver, but I’ll try to make the best job possible,” said Leclerc.

In his three Hungarian Grand Prix appearances Leclerc had only out-qualified his team mate once, when he lined up ahead of Sebastian Vettel for the 2019 races.

“I tend to have a bit more of an aggressive driving style, and it looks like I’m struggling a bit more here compared to my team mates in the past. So I will work on that and try to maximise this weekend.”

Leclerc came within three laps of winning the previous race at Silverstone, almost two years since Ferrari’s last victory. “Obviously it was frustrating because the win was so close and to lose a win so close to the end hurts,” he admitted.

“But on the other hand there was plenty of positives being on the pace of the Mercedes, especially on the first stint. The second stint went a bit more in line to what we expected. But all in all it was a very, very positive weekend for us.”