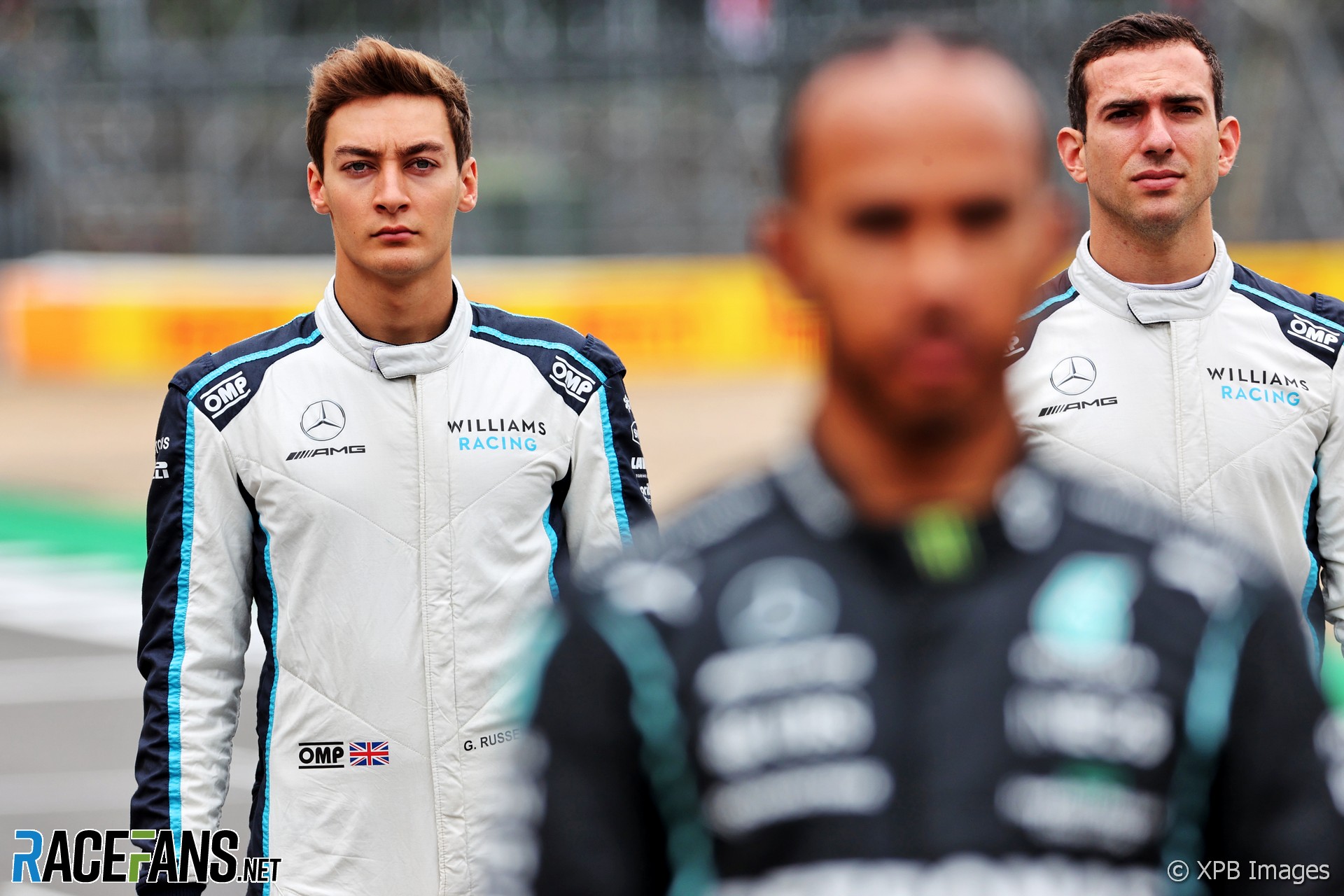 Mercedes junior driver George Russell gave a strong defence of Lewis Hamilton over his collision with Max Verstappen at the British Grand Prix.

Verstappen’s Red Bull team has requested the stewards review their decision on the incident. Hamilton was given a 10-second penalty for the clash which he served during the race, which he went on to win.

Russell, who is under consideration by Mercedes as Hamilton’s potential team mate for the 2022 F1 season, is adamant there was no foul play on the world champion’s part.

“In my view, that was absolutely a racing incident,” said Russell, “and there are no sort of rules in that aspect, I’d say, that can say who is right or who is wrong, because it’s just one of those things. Sometimes there is no right or wrong, it’s just a racing incident.”

Hamilton was justified in his attempt to pass Verstappen at Copse when the pair tangled, Russell insisted.

“Lewis is one of the cleanest and fairest racers out there, always, and there was nothing malicious in the attempt because there was a clear opportunity.

“Obviously the consequences were huge and I’m very glad to see Max was relatively fine following the crash. But these racing incidents are a difficult one to adjudicate on. I don’t think there needs to be anything any clearer in that specific scenario, because it was, for me, just purely a racing incident.”

Formula 1’s sporting regulations offer the stewards a range of sanctions for incidents, including drive-through and stop-go penalties which would have cost Hamilton more time. However Sebastian Vettel said he didn’t believe these should apply to this collision.

“It’s a difficult one,” said the Aston Martin driver. “There’s always a mix, I think on one hand you can argue ‘no’, on the other hand, ‘yes’. So I think it’s a case-by-case thing.

“I think the stewards did what they thought was right and I think the penalty they gave is, I believe, the hardest penalty that they can give.”