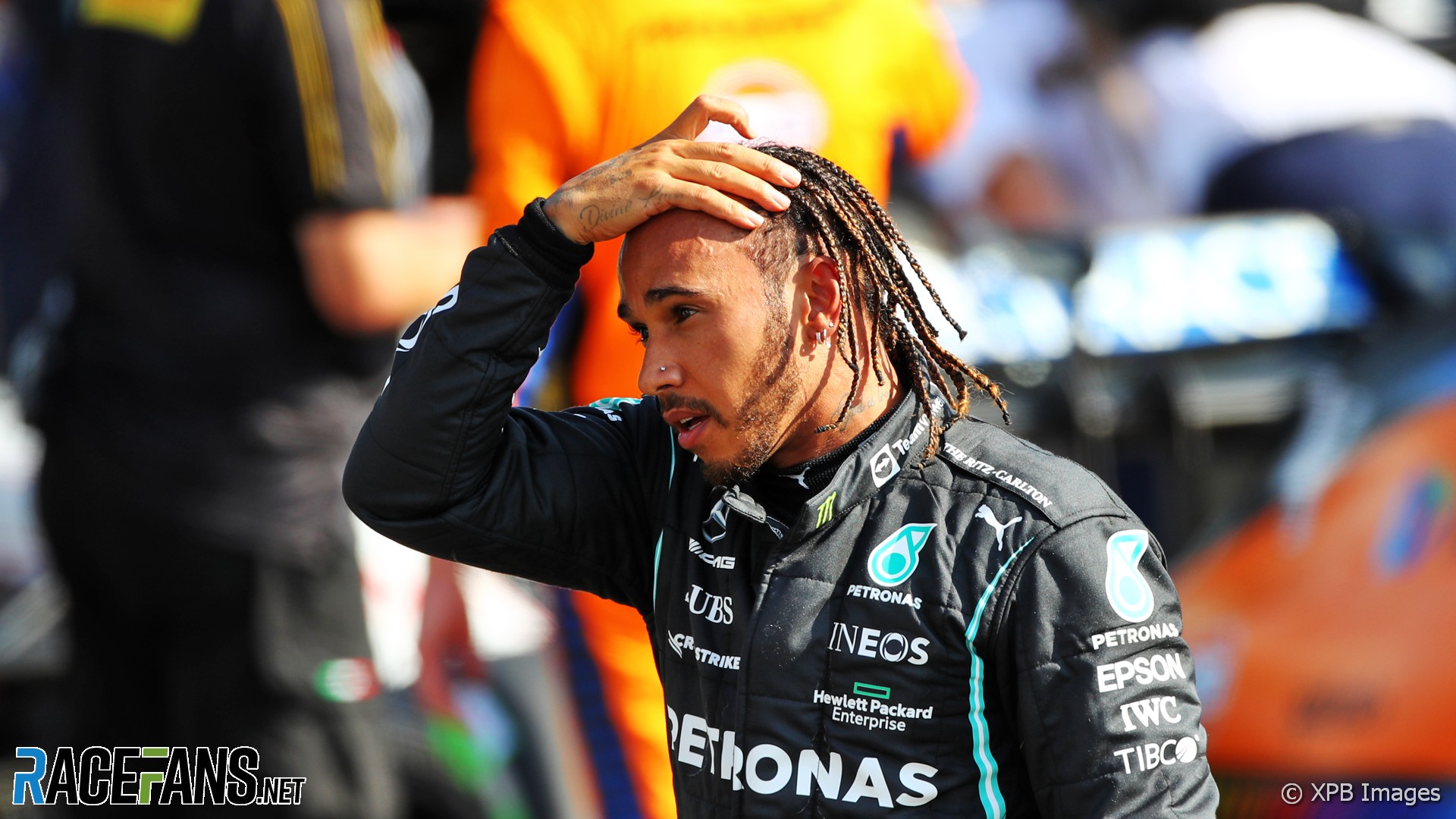 But the information it did not contain was perhaps even more telling. The reactions it provoked from the FIA and Mercedes certainly were.

Its final paragraph referred to allegations made by Red Bull in a letter which were not revealed in the stewards’ summary:

Clearly the stewards considered the allegations serious enough to draw attention to and acknowledge them. The admission it was potentially a cause for “concern” shows the stewards were spooked by whatever Red Bull said.

It also prompted a furious reaction from Mercedes. Shortly after the stewards’ verdict landed, they issued a statement directly accusing “the senior management of Red Bull Racing” of an attempt to “tarnish the good name and sporting integrity of Lewis Hamilton”.

In case anyone thought this was referring to Christian Horner’s earlier, furious criticism of Hamilton at Silverstone, Mercedes made it plain their complaint also included “the documents submitted for their unsuccessful right of review”. Their sporting director Ron Meadows, trackside engineering director Andrew Shovlin and motorsport strategy director James Vowles all attended the video conference hearing and had access to the documents.

The right of review process Red Buyll availed themselves of has a simple requirement: the stewards must be shown a new piece of information they missed the first time around for a review to go ahead. Red Bull did not clear this bar.

But they went to extraordinary – and expensive – lengths. Alexander Albon pounded around Silverstone on a private test day in one of the team’s old cars re-enacting the line Hamilton took through the corner. Sergio Perez beavered away in their simulator doing the same.

But the data used as the basis for all this came from the original collision. Therefore it was not new, and therefore it failed to meet the essential test for the stewards.

Had the stewards given the go-ahead for a review, Red Bull would have needed them to find a reason to apply a further, more severe penalty. Claiming the original penalty was too lenient as it did not take the consequences of the crash into consideration – as Verstappen did today – would cut no ice, for the reason FIA F1 race director Michael Masi gave at Silverstone.

The stewards originally ruled Hamilton was “predominantly”, rather than “wholly” to blame. To justify a harsher penalty, Red Bull needed them to revise their view and come down even more strongly against Hamilton.

As the stewards’ explanation indicates, Red Bull were trying to prove Hamilton’s line into the corner was only ever going to result in him leaving the track, and that the contact with Verstappen was inevitable. Red Bull are understood to believe Hamilton needed to brake considerably earlier for the corner than he did to avoid a collision.

In an interview with RTL, Helmut Marko called for Hamilton to be given a ban. But Red Bull is believed to have been tilting at the more realistic goal of a grid penalty for this weekend’s race – a serious compromise at the Hungaroring, where overtaking is especially tough.

But whatever penalty they desired, the forcefulness of Red Bull’s stance against Hamilton in their unpublished letter clearly pushed buttons at both the FIA and Mercedes.

How far did Red Bull push it? Mercedes accused them of disputing Hamilton’s “sporting integrity”, which suggests they felt he did something worse than an error of judgement in good faith.

Whatever it was, as Hamilton’s account of his post-race conversation with Verstappen indicates, relations between the world championship rivals have reached a new low.

“I did give Max a call after the race,” said Hamilton, “to just check if he was okay and and let him know that the respect is still there.

“But obviously it’s perhaps not reciprocated.”